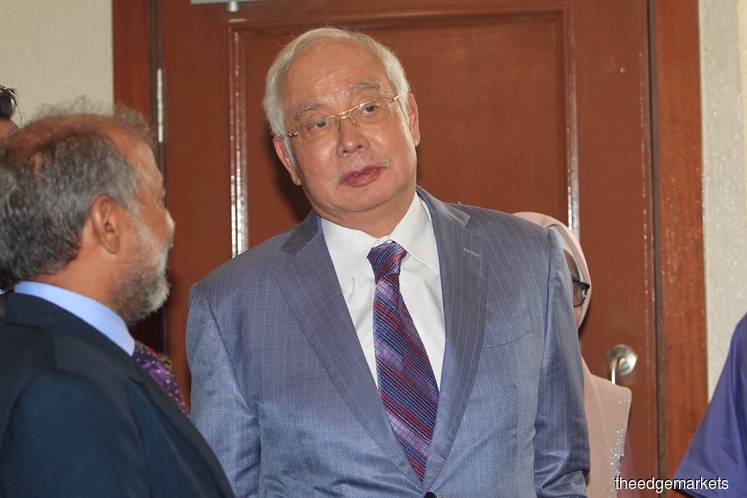 Justice Tengku Maimun in the unanimous decision said the apex court is satisfied that this present application for judicial review is different from the criminal application on the same matter.

"They are two distinct and separate applications (one is criminal and the other is civil by way of judicial review). We agree there is no multiplicity of proceedings.

"The threshold for leave under Section 96 of the Courts of Judicature Act 1964 has not been met. Hence, we uphold the decision by the Court of Appeal and make no order as to costs," she said in her judgment.

With this, the hearing of the merits of Najib and Shafee's application will proceed on Oct 25 before High Court judge Datuk Mariana Yahya.

They had posed five questions of law which were to be decided by the apex court should it gain leave (permission). In civil proceedings before the apex court, an appeal is not automatically heard, as leave had to be gained first.

Despite this, Najib's 1Malaysia Development Bhd-Tanore (1MDB-Tanore) trial continues this afternoon at 2.30pm.

It was reported yesterday that the apex court would decide on the government's appeal today, as Najib along with Shafee had sought to remove Sri Ram from leading the prosecution in their cases, the application of which High Court trial judge Collin Lawrence Sequerah dismissed.

The application had been upheld by the Court of Appeal and the Federal Court, but the apex court directed the prosecution to give Sri Ram's appointment letter to the defence.

At the same time, Najib and Shafee had filed a judicial review application aiming to remove Sri Ram.

It was dismissed by the then High Court judge Datuk Azizah Nawawi (who is now with the Court of Appeal) on the grounds it amounts to duplicity of action. But on Aug 26, a three-member bench led by Justice Datuk Hasnah Mohamed Hashim allowed them to challenge the legality of the appointment.

Najib is facing four charges of abuse of power and 21 charges of money laundering involving RM2.28 billion of 1MDB funds.