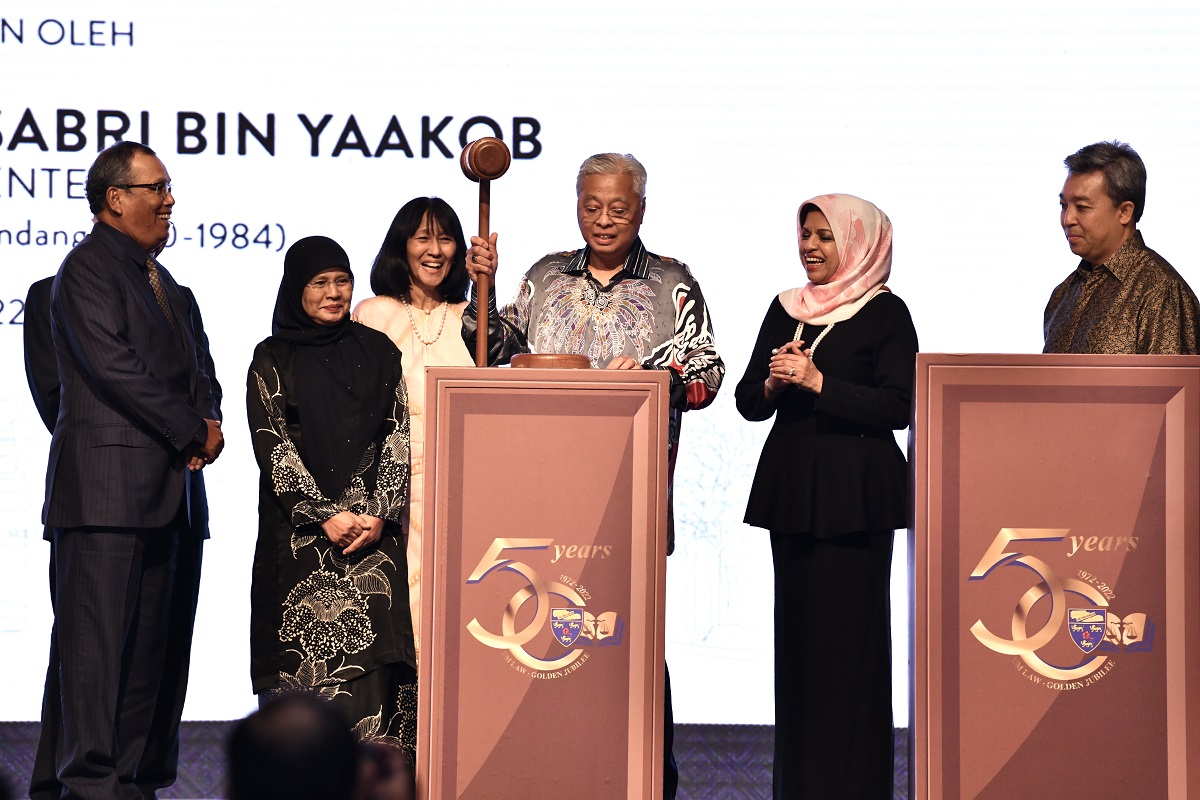 KUALA LUMPUR (June 17): The government will ensure the independence of the judiciary and legislative bodies are preserved, with respect to the doctrine of the separation of powers, said Prime Minister Datuk Seri Ismail Sabri Yaakob.

When officiating the Universiti Malaya Law Faculty Golden Jubilee here, the prime minister said he respects the doctrine of the separation of powers between the legislative, executive and judiciary bodies, which form the balance of powers in the country.

He also called against any conflict between the executive and the judiciary bodies, which has been witnessed by Malaysia previously.

“In a parliamentary democracy and constitutional monarchy, three important institutions form the pillars of balance, namely the legislative body or the parliament, executive or the government, and the judiciary.

“All three of these institutions have their respective roles and we need to respect each of these bodies,” said Ismail Sabri, who himself is an alumnus of the faculty.

“In regards to this matter, the government guarantees that the freedom of the judiciary and legislative body will continue to be preserved,” he stressed.

This includes the Anti-Party Hopping Bill slated to be tabled in the Dewan Rakyat next month, as well as the principal agreement by the government for the Political Funding Bill.

Malaysia last witnessed a judicial and constitutional crisis in 1988, amid UMNO party elections in 1987 that transpired into the suspension and removal of then chief justice Tun Salleh Abas.

This year, concerns over the jurisdiction and independence of the judiciary surfaced amid allegations against Court of Appeal judge Justice Datuk Mohd Nazlan Mohd Ghazali of unexplained money in his bank account.

This came after blogger Raja Petra Kamarudin published an article titled “Judge Mohd Nazlan being investigated for unexplained RM1 million in his bank account” on the Malaysia Today portal.

Following allegations against Justice Mohd Nazlan, the Malaysian Anti-Corruption Commission (MACC) investigated the matter and submitted the investigation papers to the Attorney-General’s Chambers in May for further action, amid a backlash by the Malaysian Bar.

Through the episode, Malaysia’s Chief Justice Tun Tengku Maimun Tuan Mat came out to say that the judiciary is open to criticism, but not baseless allegations, including by politicians levelling “unfounded and scurrilous attacks” against it or a particular judge “to further their own ends”.

Then a High Court judge, Justice Mohd Nazlan found Najib guilty of seven charges and sentenced him to 12 years in jail and RM210 million in fine. The former prime minister and finance minister is slated to have his final appeal heard by the Federal Court from Aug 15 until 26.