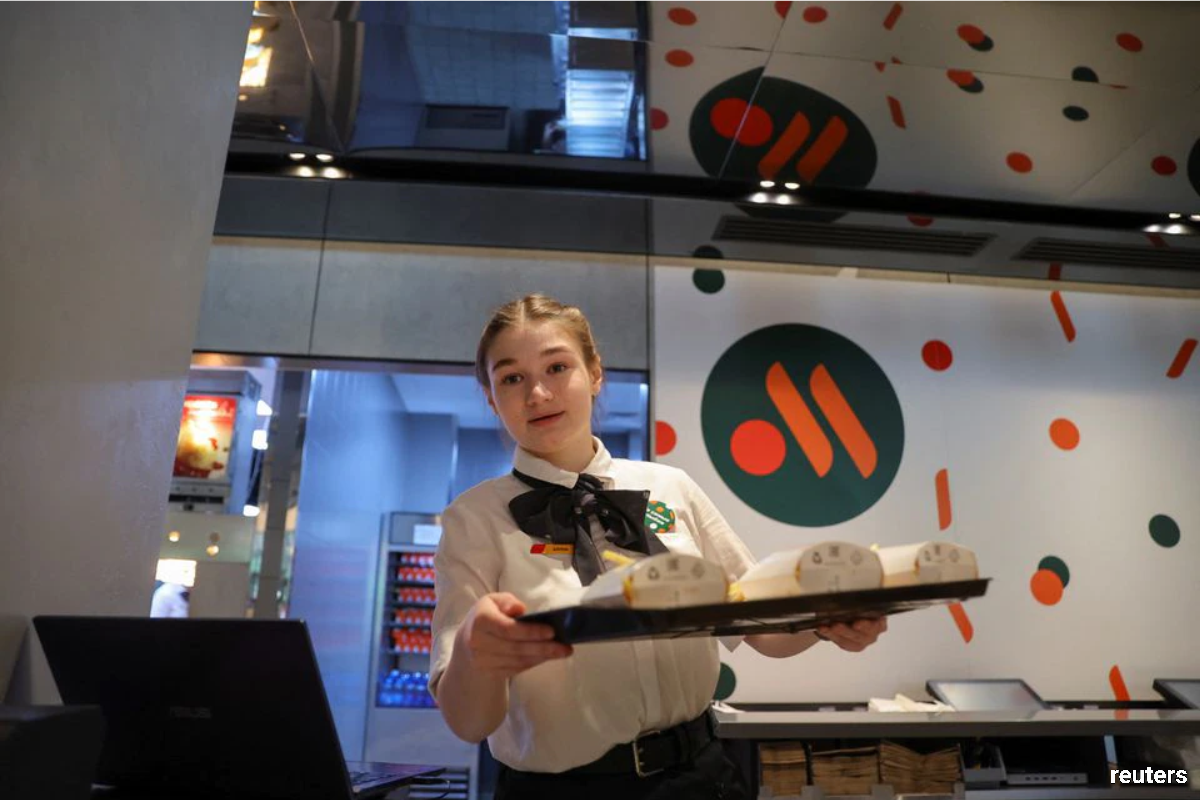 MOSCOW (June 21): Big Macs and McFlurrys may be off the menu at McDonald's successor restaurants in Russia, but the new firm has ambitious growth targets after it sold almost 120,000 burgers, a record, on its opening day, its chief executive told Reuters.

McDonald's Corp has fully exited Russia, selling all the restaurants it owned to a local licensee in May. Under new name Vkusno & tochka, or "Tasty and that's it," 50 restaurants in and around Moscow reopened on June 12 and June 13.

Chief Executive Oleg Paroev is keen to add locations, but acknowledged the challenge of replacing some ingredients and suppliers, as well as dealing with other franchisees still using McDonald's branding.

The McDonald's exit saga shows both how difficult it is for Western consumer businesses that decided to leave over Moscow's actions in Ukraine to sever all ties to Russia and for local operators to replace popular brands.

Thousands who came to Vkusno & tochka's flagship opening in Moscow's Pushkin Square were greeted by a new logo, colour scheme and packaging shorn of all McDonald's branding, as the new company lost the right to the U.S. group's trademarks and intellectual property.

"On the first day we sold almost 120,000 burgers," Paroev said. "We have never seen such daily turnover in the whole time McDonald's has worked in Russia."

While Paroev does not expect such demand to last, he aims to exceed new owner Alexander Govor's growth target and accomplish that ahead of schedule. Govor's goal is to reach 1,000 stores in four to five years, up from around 850 under McDonald's brand.

Hiring is continuing, Paroev said, who also wants to expand cooperation with strategic partner Sberbank, though ruled out a shareholder role for Russia's top lender.

Govor, who previously ran 25 restaurants, said at the launch that he paid a "symbolic" sum for McDonald's Russia and that the U.S. corporation had made it clear they would not exercise a 15-year buyback option.

Paroev, voicing his personal opinion, said McDonald's could return to Russia if Vkusno & tochka became a franchisee again, but stressed there had been no discussions to that effect.

In an emailed statement, McDonald's said it has "finalised the sale of its Russian business and exited the market."

Some former McDonald's franchisees have kept its branding on packaging and electronic menus and are selling Big Macs under a different name, creating a headache for Vkusno & tochka.

"Of course we're not happy about this," Paroev said.

While continued use of the McDonald's brand is a violation of Russian law, the company cannot take legal action because it has no rights to the brand, he said.

Rosinter Restaurants, an ex-franchisee still operating in train stations and St Petersburg's Pulkovo airport, did not respond to a request for comment.

Vkusno & tochka has proposed ex-franchisees join the new brand, Paroev said, with one having already agreed.

Govor bought around 700 restaurants, Paroev said, leaving about 100 unaccounted for and while Vkusno & tochka still has access to old suppliers, other ex-franchisees do not. 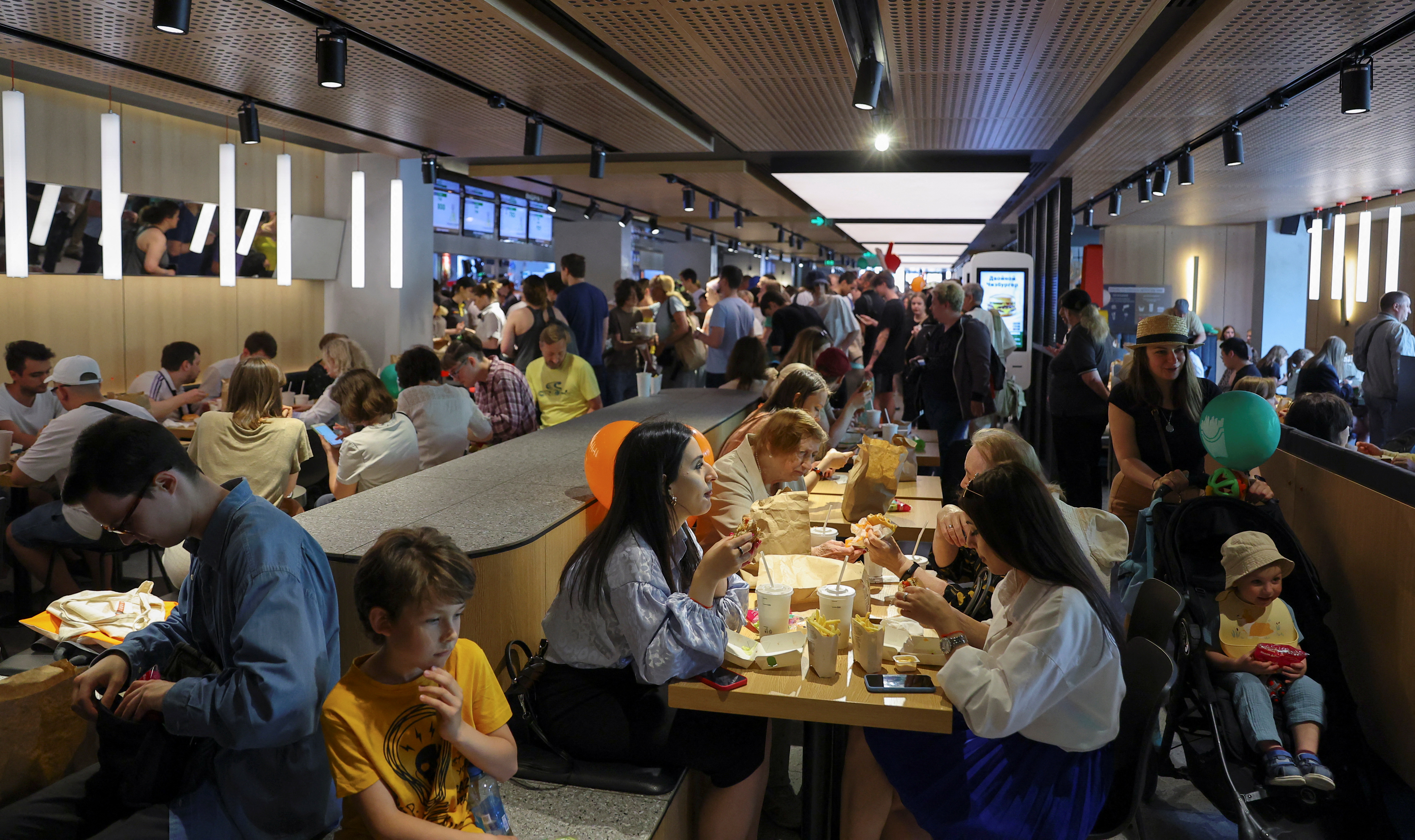 "It's a mystery to me what products are sold there," he said of restaurants in train stations and airports, speaking on Friday. "But I can say with certainty that it is absolutely not the same products or ingredients that were previously sold at McDonald's."

Vkusno & tochka is determined to maintain product quality, Paroev said, but keeping a familiar taste is a challenge.

Even though 99% of products come from Russian suppliers, Paroev said "a significant percentage" of ingredients is sourced abroad, a process complicated by sanctions and supply chain disruptions.

Vkusno & tochka is looking for a new drinks provider, as Coca Cola is depleting its Russia stock, Paroev said. The coffee blend will stay, he said, supplied now by an Indian investor who bought the Russian operations of Finland's Paulig.

As agreed with McDonald's, recipes will change and a Big Mac replacement is in the works, Paroev said.

"This is quite a big loss," he said. "The fact it has now gone from the menu does not help us."

Establishing the new brand will take time, but Paroev was optimistic.

"Our guests will get used to the new name and understand that they are no longer at a 'Mac', but at a 'tochka'."