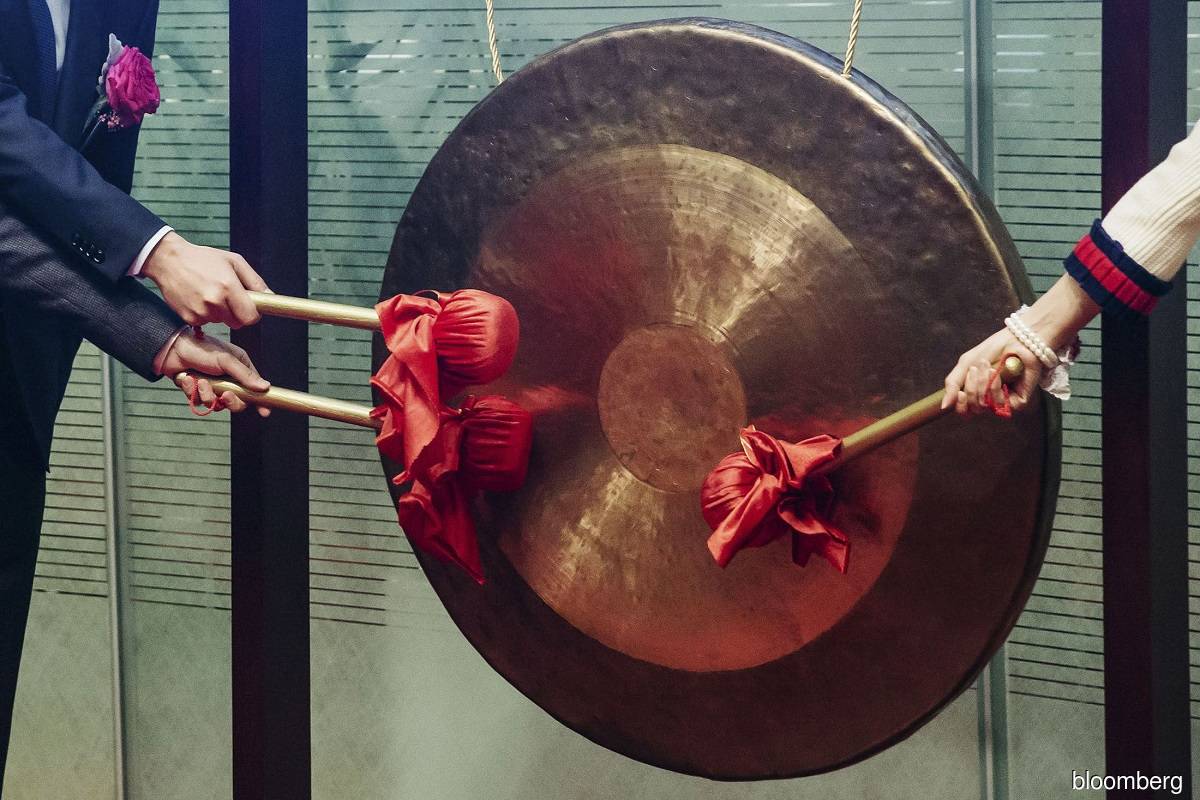 HONG KONG (May 19): Hong Kong new listings' volume plunged 90% to a nine-year low this year, data showed, as China's sharp economic slowdown and its regulatory drive cast a long shadow over the city's prospects as a destination for initial public offerings (IPOs).

The drying up of share listings in Hong Kong bodes ill for investment banks, who make about a third of their revenue in the region from equity capital market deals, and for the Chinese-ruled territory's status as a global financial hub.

Only US$2.1 billion has been raised this year via IPOs and secondary listings in Asia's most popular fundraising venue compared with US$20.7 billion by the same time last year, according to Refinitiv data, the slowest start to a year since 2013.

"One of the reasons for the IPO market in Hong Kong falling so sharply is the deteriorating financial performance for most of the applicants in the previous financial year, and it is possible that will be the case for the first half of the current year too," said Frank Bi, partner at law firm Ashurst.

JD Technology, the fintech arm of Chinese e-commerce company JD.Com, was the latest to delay an up to US$2 billion Hong Kong IPO because domestic regulatory approval for the deal had not been forthcoming, Reuters reported last week.

And plans by Full Truck Alliance Co Ltd, China's "Uber for trucks", to raise US$1 billion in a Hong Kong listing this year have been paused as the cybersecurity regulator has yet to announce findings of a probe into the company.

More Chinese companies are expected to either withdraw or delay filings for listing this year as weaker secondary markets are also weighing on investor appetite for new equity offerings, bankers and lawyers said.

"From the investors' point of view as well, with the markets being unforgiving, any doubts about a listing candidate's prospects will likely lead to them being more cautious," said Sumeet Singh, Aequitas Research analyst who publishes on Smartkarma.

"We are confident in the long-term attractiveness of Hong Kong's markets and are pleased to see a strong pipeline of over 170 active listing applications," said an HKEX spokesperson.

The crumbling listing activity could pose a challenge to Hong Kong's incoming Chief Executive John Lee who has promised to maintain the city's status as a global financial centre.

It also presents a major problem for banks — they earned US$33 million in fees for working on Hong Kong IPOs this year, compared with US$221 million at the same time in 2021, according to Dealogic data.

Some were optimistic, though, given the city's strategic importance.

Although the Hong Kong market has been "very wobbly", the city's IPO prospects should bounce back once the volatility subsides as it is an important "venue that bridges China with the rest of the world", said Li He, a partner at law firm Davis Polk.