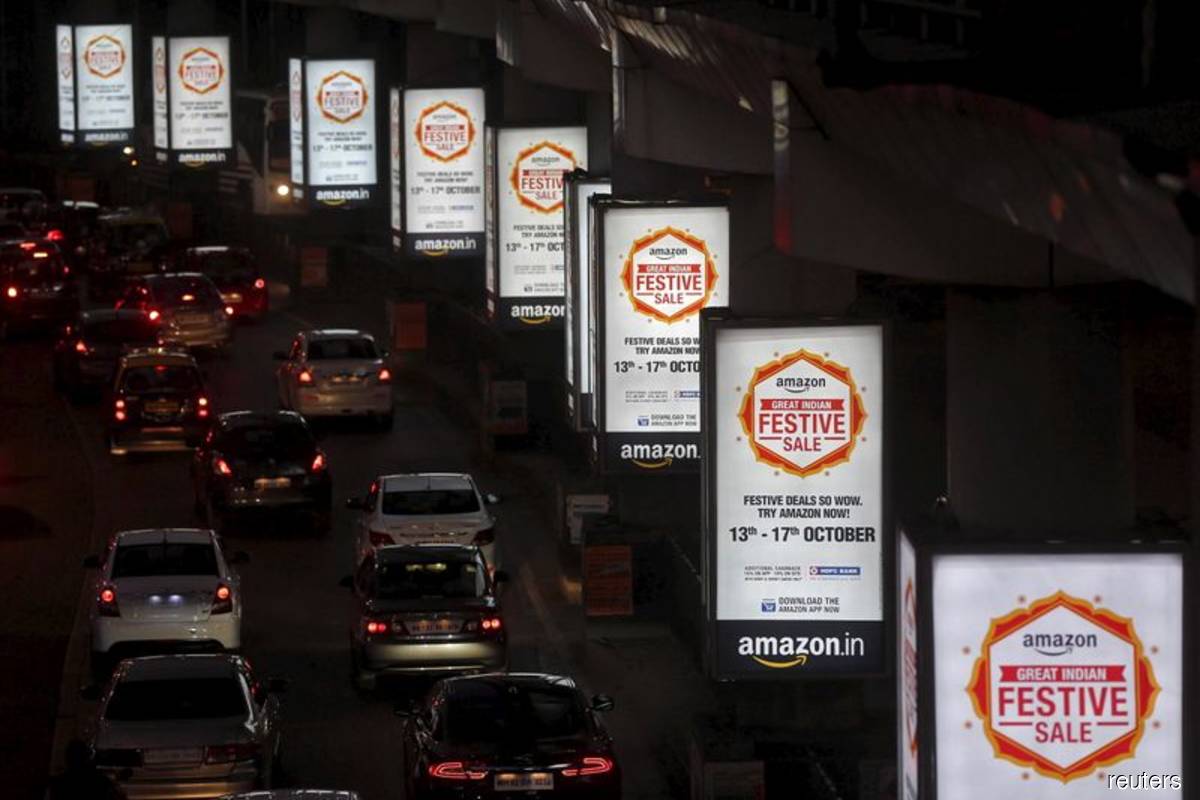 Traffic moves on a road past advertisements of Indian online marketplace Amazon, in Mumbai, India on Oct 15, 2015. (Photo by Shailesh Andrade/Reuters filepix)

NEW DELHI (Nov 28): India's economic crime-fighting agency summoned officials of Amazon.com Inc and its warring partner Future Group in a case related to alleged violation of foreign investment rules, according to sources with direct knowledge of the matter.

Amazon received a summons issued by India's Enforcement Directorate in connection with the Future Group, an Amazon spokesperson told Reuters on Sunday.

"As we have just received the summons, we are examining it and will respond within the given time frame," the spokesperson said.

The Enforcement Directorate has been investigating whether there were any violations of foreign investment laws when Amazon made a US$200 million investment in Future's gift voucher unit, Future Coupons, in 2019. The deal is at the heart of ongoing legal disputes between the two firms.

At least two senior Future Group executives have been summoned to appear before the Enforcement Directorate in the week of Dec. 6, a source with direct knowledge of the matter told Reuters, declining to be named as the matter was not public.

At least two Amazon India executives, including its legal head, have also been summoned, another source with knowledge of the matter said.

Spokespersons for the Future Group and the Enforcement Directorate did not immediately respond to requests for comment.