The retail pharmacy group announced its results yesterday, which showed profit before tax falling 17.17% to RM2.96 million, from RM3.57 million a year ago.

“The decrease in profit before tax for the current quarter compared to the corresponding quarter in the preceding year, is mainly due to lower profit margin arising from lower selling price resulting from market competition,” it said. 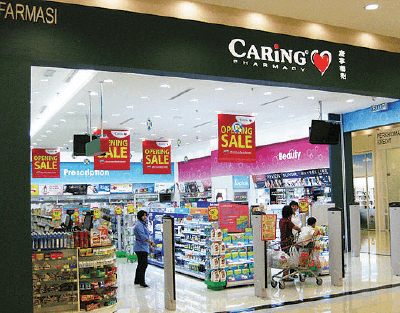 Caring said the higher revenue was mainly contributed by 12 new outlets which commenced operations in the second half (2H) of FY14, and four new outlets that opened in 1HFY15.

“In view of stiff market competition, the group will relook its marketing strategies to improve sales and maintain market share,” Caring commented on its prospects.

The firm remains confident that it will continue to perform profitably in the next quarter.

The Edge Research’s fundamental score reflects a company’s profitability and balance sheet strength, calculated based on historical numbers. The valuation score determines if a stock is attractively valued or not, also based on historical numbers. A score of 3 suggests strong fundamentals and attractive valuations. Go to www.theedgemarkets.com for more details on a company’s financial dashboard.

This article first appeared in The Edge Financial Daily, on January 28, 2015.