Italy declares state of emergency on impact from drought 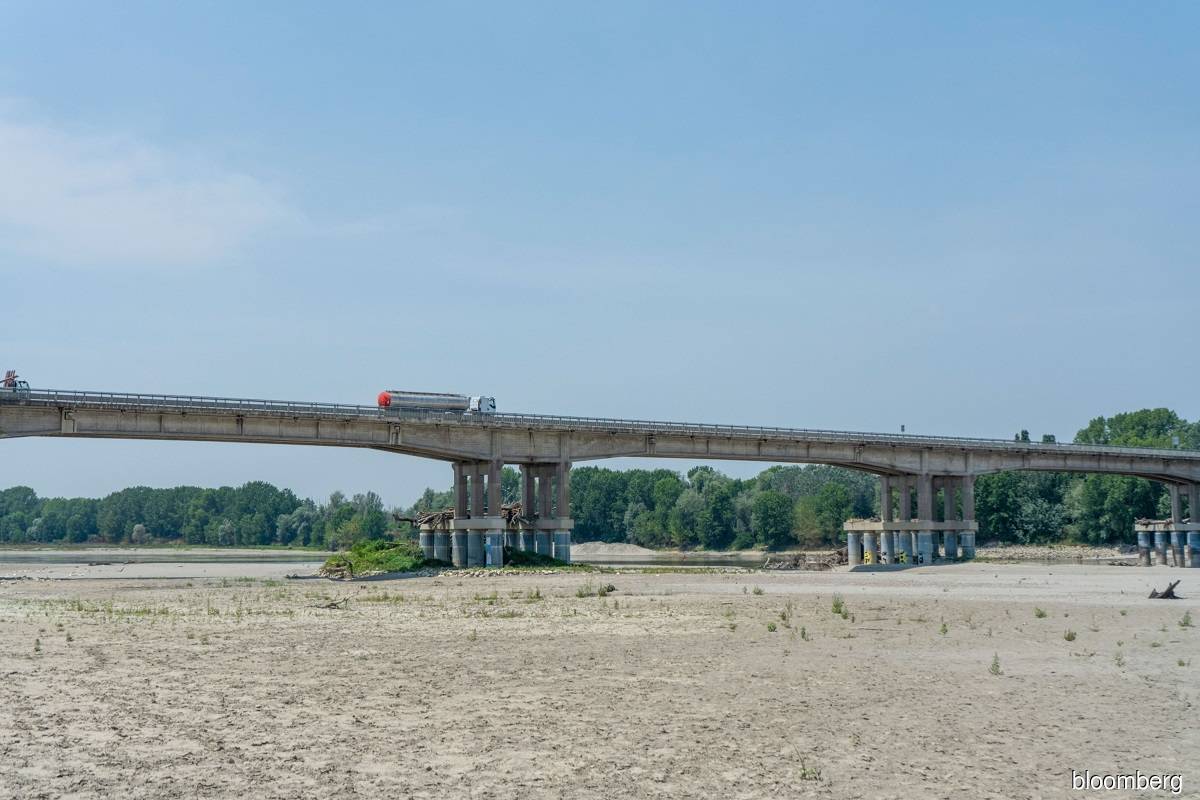 The exposed bed of the Po river in Boretto, province of Reggio Emilia, Italy.

MILAN (July 5): Italy declared a state of emergency in five northern and central regions devastated by a recent drought, as a severe heat wave takes its toll on agriculture and threatens power supplies.

High temperatures and exceptionally dry conditions have brought water levels in the Po, the country’s largest river, to its lowest in 70 years.

Even amid a historically arid summer across Europe, the situation in the Po valley stands out. Months without rain and an earlier-than-usual halt in flows from melting snow in the Alps have made large swaths of the river bed visible — so much so that a German military vehicle from World War II resurfaced recently.

Hydroelectric power, which usually supplies 15% of the country’s needs, is down 50% so far this year, while waters from the Adriatic sea have made record encroachments into the Po delta, threatening farming and drinking water supplies. Northern Italian towns are already rationing water.

Torrid heat and exceptionally dry conditions have hurt corn and sunflower production and forced rice farmers to cut plantings, according to the EU’s Monitoring Agricultural Resources unit. Yields of durum wheat, the staple grain used to make pasta, will fall below the five-year average, it said in a June report.

The extreme conditions have led to an estimated 30% decline in seasonal harvests, including barley, grain and rice in the region, according to agricultural group Coldiretti, which estimates the overall toll from the drought to agriculture at 3 billion euros (US$3.1 billion).

The government led by Prime Minister Mario Draghi will set aside 36.5 million euros in drought relief funds, according to a statement Monday. Draghi rushed home early from a Nato summit last week to chair a meeting on the crisis.

The extreme conditions were underscored over the weekend when a glacial ice shelf in the northern Italian Alps sheared off amid a record high temperature of 10 degrees Celsius (50 degrees Fahrenheit) at the glacier’s summit.

At least 26 people were caught and at least seven died in the resulting avalanche Sunday, as a chunk of glacier broke loose on top of the Marmolada, the highest peak in the Dolomites range.

Prime Minister Mario Draghi, who travelled to the Alps on Monday, said the tragedy, while partly a result of unpredictable factors, was also linked to “the deterioration of the environment and the climate situation”.