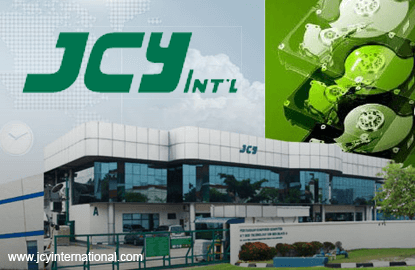 KUALA LUMPUR (May 25): AllianceDBS Research said JCY International Bhd was under downward pressure and that JCY had on May 24 settled at the day’s low of 64.5sen (down 1.5 sen or 2.27%).

In its evening edition yesterday, the research house said JCY continued to stay below the 20-day and 50-day moving average lines in the last 9 days.

“Following the down close on May 24, the stock is likely to move lower with immediate support seen at 64.5 sen.

“A fall below 64.5 sen would put pressure on the stock down to the subsequent support at 60 sen.

AllianceDBS Research said stock volume traded on May 24 was 1.78 million shares compared to the 3-month average volume of 2.30 million shares.

The research house said that indicators wise, the MACD was below the 9-day moving average line with the sell signal remains intact.

It said the relative strength index indicated that the stock was currently in an oversold zone.