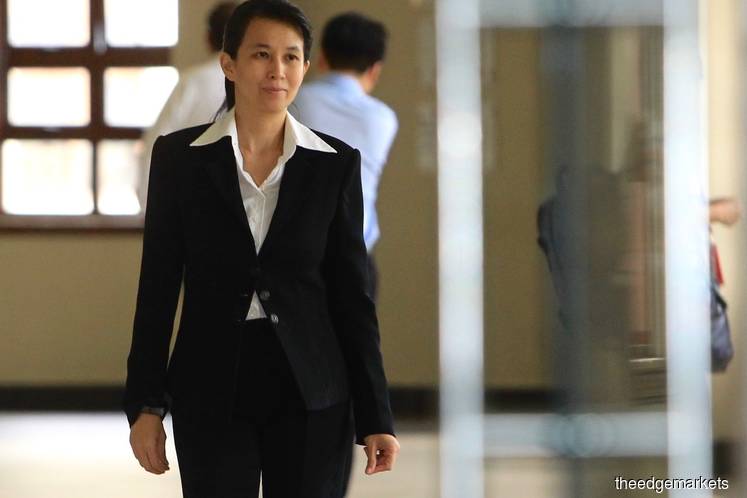 KUALA LUMPUR (July 23): Joanna Yu, the AmBank relationship liaison manager who managed the accounts of Datuk Seri Najib Razak implicated in the SRC trial, was instructed to quit the bank in 2015.

This was revealed in the High Court today by Yu, the 54th prosecution witness in the trial against the former prime minister over the misappropriation of RM42 million siphoned from SRC International Sdn Bhd, a unit of the Minister of Finance Inc, in 2014 and 2015.

The matter arose when Najib’s defense attorney Harvinderjit Singh asked the details of when Yu left AmBank, where she had worked for 20 years from 1995 to 2015.

Yu meant to explain the reason for her exit, but appointed public prosecutor Datuk S Sithambaram interrupted, and cautioned the witness from replying, as he alerted the court that what the witness may say, involves confidential information between her and the bank.

Sithambaram said he will inform the defence as to what transpired and asked Harvinderjit to ask questions on other areas first.

The incident took place at ‘around the same time’ AmBank was fined by Bank Negara Malaysia — in November 2015.

Yu, 48, however testified in front of High Court Mohd Nazlan Mohd Ghazali that she did not know the reason for the fine, apart for non-compliance in relation to reporting to the central bank.

“I did not see the letter [for the reason of the fine],” she said.

Yu also clarified that two other relationship liaison managers whose names often came up in the ongoing trial — Daniel Lee and Krystale Yap — also left the banking group at around the same time.

It has been established that Yu has been in communcation with Jho Low, former SRC chief executive officer Nik Faisal Ariff Kamil and Yayasan Rakyat 1Malaysia CEO Ung Su Ling, among others, in relation to the subsequent transfer of funds from SRC International into Najib’s personal accounts in the bank.

Lee and Yap were juniors to Yu, and were also managing accounts of SRC International. A previous prosecution witness, AmBank Jalan Raja Chulan branch manager Uma Devi, also testified that they managed AmBank accounts belonging to Najib and 1Malaysia Development Bhd, which is a subject of a bigger corruption trial involving the former premier.