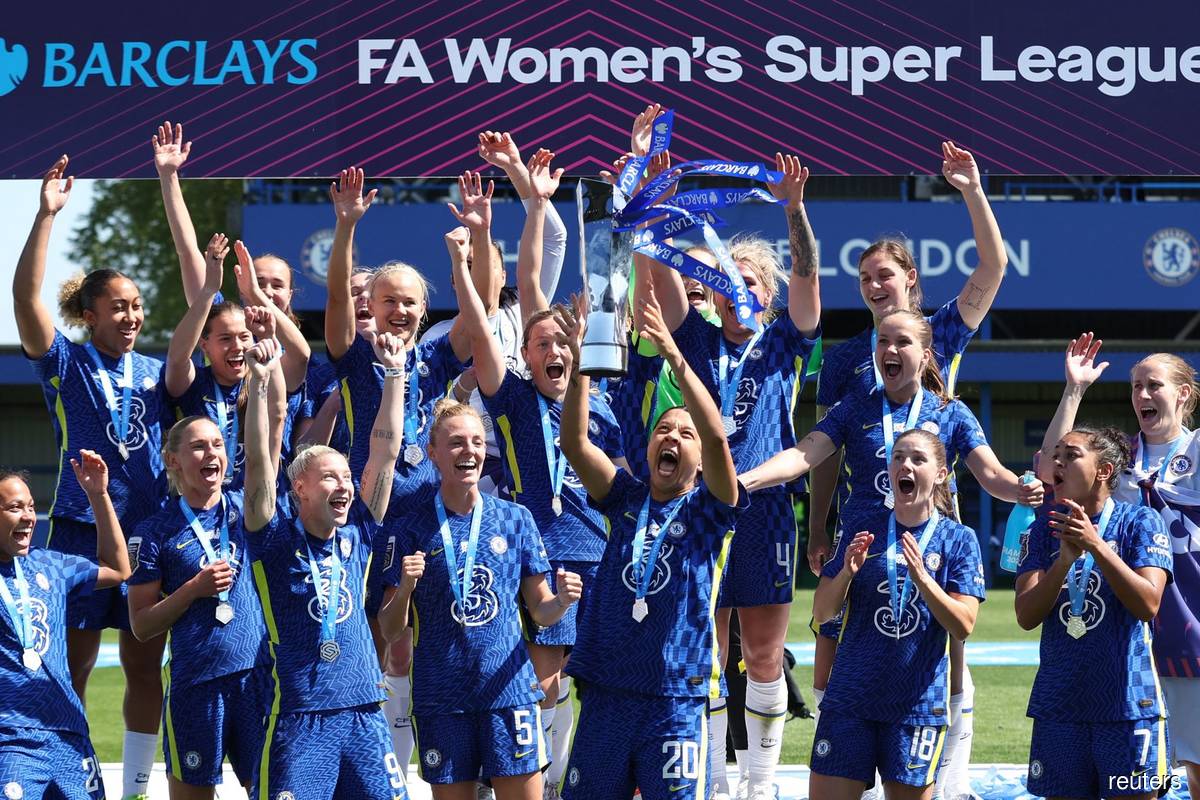 (May 9): Australia's Sam Kerr showed a flair for clairvoyance, along with her usual superb finishing, as she sealed Chelsea's title-winning "destiny" with a pair of brilliant volleys in the Women's Super League (WSL).

The striker hammered a furious left-foot strike into the top corner to level the score with Manchester United at 2-2 a minute after the break and later looped a volley past goalkeeper Mary Earps after controlling the ball with her chest.

Kerr said she had visualised her second goal and told a team mate on Saturday how she would pull it off.

"Everyone thinks I was surprised at scoring that goal but I told Erin Cuthbert: 'I'm going to score an unbelievable goal tomorrow, I’m going to chest it down and volley the ball.’

"I visualise, but I actually think today it both worked in my favour and not in my favour because I visualised too much in the first half and it wasn’t going my way and I felt tired, I felt nervous.

"And in the second half we just cleaned it straight."

Kerr, captain of the Australian national women's Matildas team, has again been instrumental in Chelsea's success, netting 20 goals to claim the league's Golden Boot for a second successive year.

Chelsea manager Emma Hayes labelled Kerr "the best for a reason" and her second goal as world class and "audacious".

"I’ve never, ever in my career been in a position where things are tight at 2-2 and a player (Kerr) has run over and said: 'Today it’s our destiny, it was always our destiny today,'" said Hayes.

"I said: 'We're not winning yet, it’s 2-2 not 3-2.' But that’s confidence then, and I think once that set in, these guys know better. It was a good response from the dressing room."