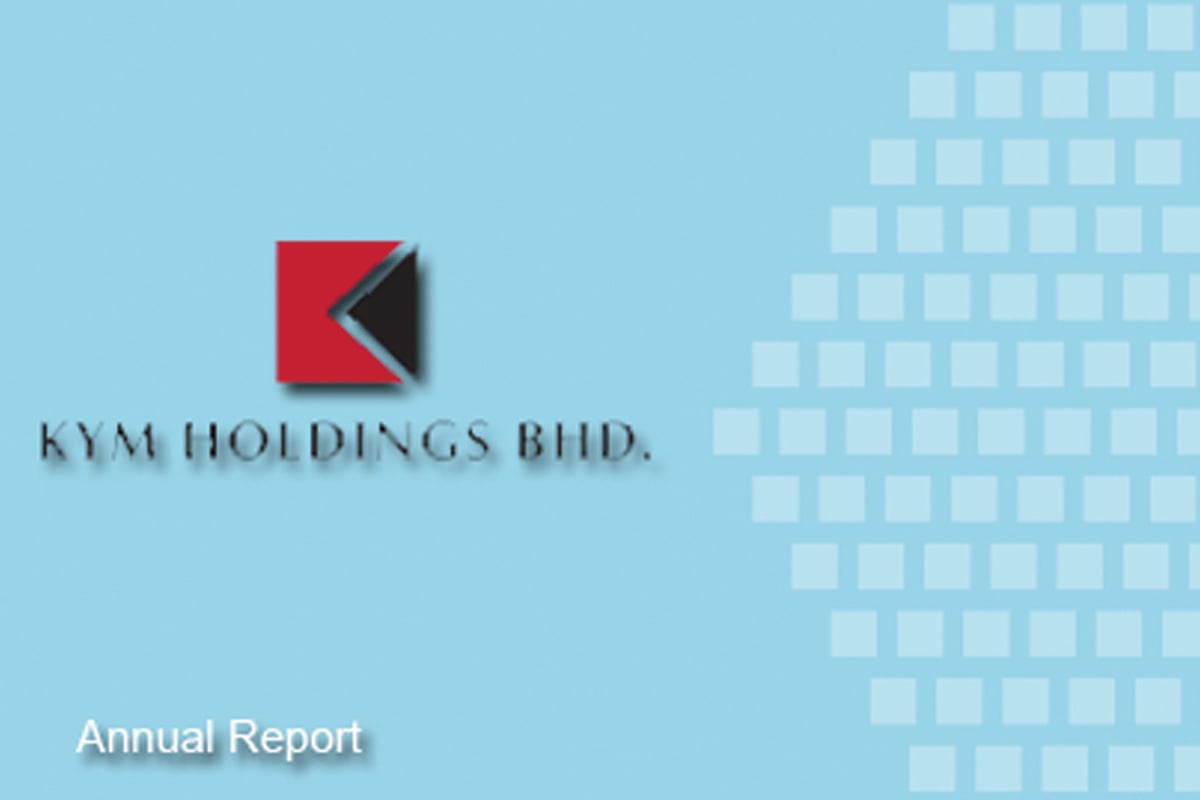 THE retirement of KYM Holdings Bhd’s founder Datuk Lim Kheng Yew, along with the departure of a few other board members on July 5,  is set to usher in a new phase for the group, whose main business is in the manufacture and selling of industrial packaging products.

Deputy CEO and CEO-designate Darren Lee Ji Jin, is leading the group’s venture into electric vehicles (EVs), semiconductors and the renewable energy management business in a bid to future-proof the business and effect a valuations shift.

“We want to future-proof the business, bring alternate sources of income and go into other sectors. We are very keen on the EV sector and not going into a greenfield. The only way is to acquire a company that has positive profit visibility,” he tells The Edge.

West River Capital Sdn Bhd (WRC) holds 7.21% equity interest in KYM and is its third largest shareholder. West River is also a factor in KYM’s interest in the electric vehicle space as the former’s wholly-owned subsidiary, TSM Global Bhd, has a 60% stake in J.K. Wire Harness Sdn Bhd (JKWH), the country’s leading manufacturer and supplier of wire harnesses for automobiles.

Lim’s son Lim Tze Thean is the executive director of JKWH.  He also assumed the positions of executive chairman and interim CEO of KYM.

Major car manufacturers such as Perodua, Honda, Mazda, Mitsubishi, Nissan and Toyota are clients of JKWH, and a number of them are already producing hybrid vehicles and actively involved in the development of EVs.

A former senior manager in the corporate affairs division of TSM Global, Lee also headed the investment division and looked at potential investment valuations, acquisition of companies, new business initiatives, due diligence, fundraising, capital assessment and strategy initiatives of the group. Recall that TSM Global was privatised and delisted in 2012.

Explaining the new trajectory into the automobile sector, Lee says: “I want to bring KYM through a price-earnings ratio (PER) evolution shift. The PERs for packaging companies on Bursa currently are at a very conservative 10 to 15 times. What if I can shift that to an industry that commands higher [PER] valuations like 30 to 50 times?”

To expedite the plans, fresh talent is being recruited. “We are bringing new blood to the board with diverse backgrounds. We are establishing a new marvel team at KYM to drive us forward. Earlier this month, we appointed a new chief operating officer, Datuk Takashi Hibi, former deputy chairman of UMW Toyota. He will build on my existing business and help me explore new avenues such as strategic partnerships and joint ventures.”

However, he declined to provide details of the EV, semiconductor  and renewable energy ventures.

Lee says the group is sitting on a strong cash balance that can help fund ventures into any new businesses and acquisitions in the pipeline, having earlier in the year gained RM22.97 million from a land disposal. As at the end of its financial year ended Jan 31, 2022 (FY2022), KYM had cash, fixed deposits and bank balances of RM14.33 million, with total borrowings of RM27.17 million, its net gearing stood at 0.14 times.

“We are trying to monetise our non-core assets, such as selling our idle land, that will bring cash into the business, which will be used as a war chest to embark on this new vision.

“We have strong capital backing from shareholders and financial institutions and are ready to pounce on any opportunity that may present itself,” Lee says, hinting at further corporate developments soon. Given his ambitions, it is no surprise that Lee aims to transform KYM into a blue-chip company on Bursa Malaysia with a market capitalisation of RM500 million in three to five years, about seven times bigger than its present RM81.2 million, with a historical PER of 10.1 times.

Lee says the excitement in exploring new areas will not diminish the group’s focus on its core business — multiwall industrial paper sacks — which contributes 80% to KYM’s revenue. The carton box division contributes the balance of the group’s revenue.

He sees a bigger opportunity for growth in cement packaging that remains to be unlocked in the regional markets, particularly in India, which has recently undergone major consolidation among big cement producers.

Indian conglomerate Adani Group acquired Holcim AG’s cement businesses in India for US$10.5 billion, in its largest-ever acquisition, to become the country’s No 2 cement manufacturer.

“India recently announced bans on single-use plastics but with an exemption for industrial plastic packaging at the moment. But, over time, we see a move towards paper bags.

“The reason the pickup is slow is that the cost of producing paper bags is high. We tried lobbying in the Indian market by collaborating with a cement plant, but we were too small. But we are confident that, sooner or later, they will move towards sustainable packaging that will open up growth opportunities for KYM,” Lee says.

India is currently the world’s second largest cement producer, accounting for 8% of global cement production with an estimated production capacity of 550 million tonnes a year.

Currently, KYM exports its multiwall industrial paper sacks to Indonesia, Thailand and Singapore.  In FY2022,  some 21% of its revenue was derived from the export market.

Lee also hints that the company is looking to acquire packaging plants in regional markets that are up for sale, particularly in India, because of its population size and robust construction industry growth.

“It’s hard to go and set up a whole new facility in a new market. So, it’s a lot easier to buy a running business. We are in a converting business. We convert paper into bags and sell them to cement plants. In many of these countries, cement plants have integrated industrial paper bag production. It means they own their own plant within their cement plant.

“But what we have seen over the years is that when these cement companies go through corporate exercises, such as the entry of new shareholders or consolidation takes place, they like to divest and focus just on their cement business. So, I think all these are our opportunities.”

On the domestic front, Lee believes the continued growth of the cement industry will bode well for KYM.

“Construction cement is still growing over the next two to three years. YTL [Corp Bhd] is one of the largest cement players in Malaysia, and they would serve as the main catalyst to the overall demand for our product. We continue to monitor their stockpiles,” he says.

For the first quarter ended April 30, 2022, KYM posted a net profit of RM4.49 million against RM98,000 a year ago, driven by higher profit contribution from the multiwall industrial paper sacks division, in tandem with the reopening of economic activities in the country.

Also, on July 5, KYM announced the departure of executive chairman Datuk Seri Isahak Yeop Mohamad Sahar and four of its directors from its board.