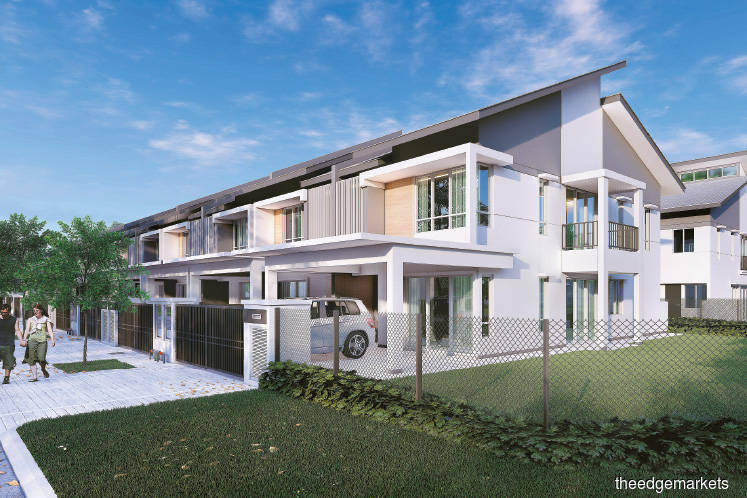 Land & General Bhd (L&G) plans to launch the first phase of Aria Rimba — its township in Seksyen U10, Shah Alam, Selangor — by the second quarter of next year. The group is confident that the project, comprising 150 two-storey terraced houses, will perform well.

“L&G aims to reposition itself from a mid-sized real estate company to a prominent industry player. We intend to propel our climb by developing communities and enhancing their lifestyle and well-being,” managing director Low Gay Teck says in an email.

Located on a 112-acre leasehold tract, Aria Rimba has a gross development value (GDV) of RM1.1 billion. Phase 1 is targeted at upgraders, young professionals, couples, families and retirees, according to the developer.

The terraced houses will each have 4 bedrooms and 3 bathrooms. Their built-ups and indicative price psf are still being firmed up. U10 is located along a forest reserve and is accessible via the Guthrie Corridor Expressway, Damansara-Shah Alam Elevated Expressway (DASH) and New Klang Valley Expressway.

“The company has transformed over the years. We are familiar with the market needs for the various areas and we intend to deliver a variety of products to the market,” remarks Low.

At the 42-acre Bandar Sri Damansara in Selangor, L&G plans to launch Phase 2 of Damansara Seresta. “Thanks to the recent Home Ownership Campaign initiated by the government, the bookings for our Damansara Seresta development increased by more than half last year. We are in the midst of doing the sales conversion,” says Low.

“Due to the favourable response, we are targeting to launch the second tower (Tower B) by next year,” he adds.

Sitting atop a 6.23-acre freehold parcel and overlooking the Bukit Lanjan Forest Reserve, Damansara Seresta has a GDV of about RM490 million. Launched last year, the residential project will comprise two towers of 43 and 49 storeys respectively, with 452 apartments in total.

L&G is an investment holding company with subsidiaries that are principally involved in property development and investment. The company also cultivates rubber and oil palm, owns a school complex and provides educational services.

L&G has launched a number of projects in the past, including Astoria Ampang and The Elements in Ampang, Damansara Foresta and Sri Damansara Business Park in Bandar Sri Damansara, 8trium in Sri Damansara, Sena Parc in Senawang and L&G Office Tower in Putrajaya. Most of them are almost fully taken up.

The developer has land bank — a total of 3,281 acres with an estimated GDV of RM8.1 billion as at April 1, 2018 — in various parts of the Klang Valley (Ampang, Diamond City, Senawang, Bandar Sri Damansara, Shah Alam, Seri Kembangan and Serendah) as well as in Johor and Sungai Petani, Kedah.