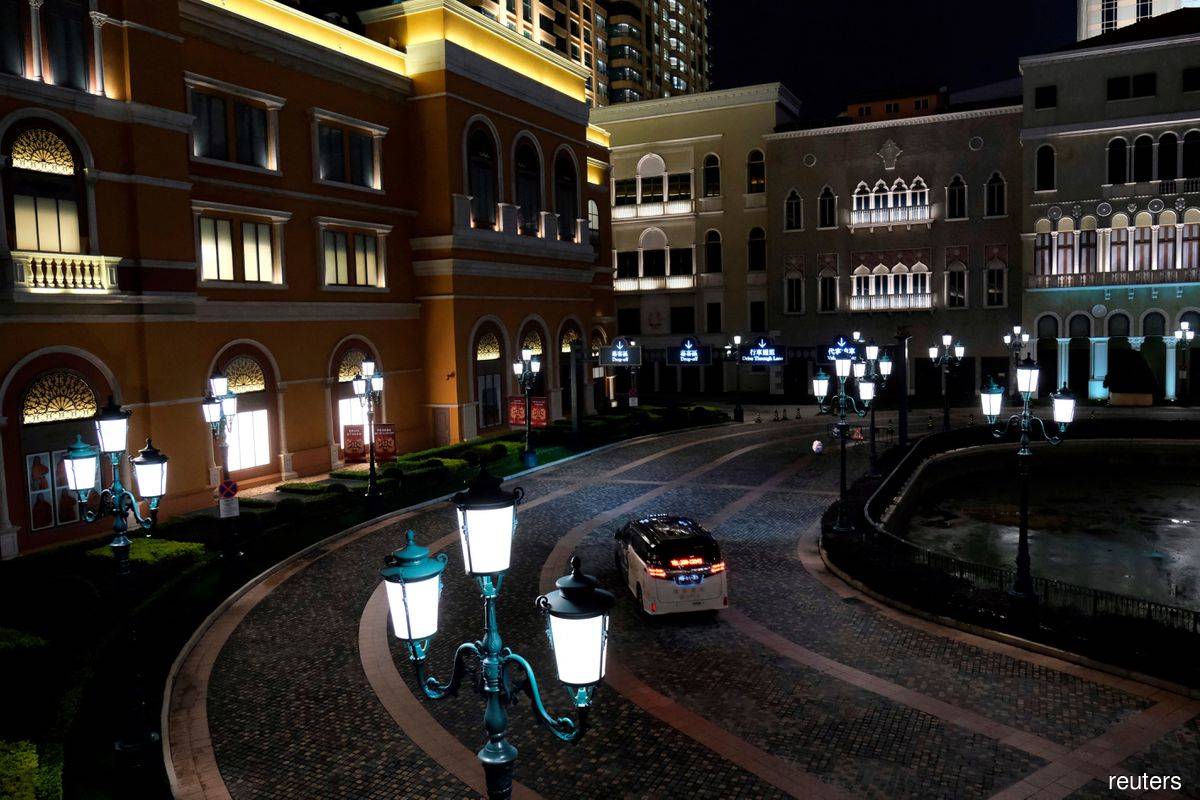 (May 14): Macau is considering revising a casino bill, including a potential cut in some of the world’s heftiest gaming taxes, as the gambling hub faces plunging revenue amid China’s Covid-19 lockdowns.

Share prices of the city’s licensed casino operators soared in the US on Friday (May 13) after Macau media first reported the proposed revisions. Las Vegas Sands Corp and Melco Resorts & Entertainment Ltd each rose 15%, while Wynn Resorts Ltd jumped 13%.

The Chinese enclave is willing to consider a tax cut of as much as 5% on casinos’ gaming revenue if they are able to bring in players from outside of China, local media including GGR Asia reported. The reports cited Chan Chak Mo, the president of a committee of the Macau legislature that is currently scrutinising a draft bill to amend the city’s gaming law.

The city currently taxes casino operators about 40% of gaming revenue. The government believes the city had been relying on mainland China too much as a source of gambling customers, Chan said following a closed-door meeting with government officials, according to the reports.

Other relaxations include allowing so-called “satellite casinos” to continue their operations. These casinos are gambling spaces in properties owned and managed by third parties who piggyback on gaming operators’ licences. The government originally proposed to ban operators from running gambling areas in properties not owned by them, meaning they will need to either buy the venues from their third-party partners or stop collaborating with them.

Macau’s legislature is expected to pass the gaming bill by the end of June, paving the way for officials to launch tendering for new casino licences as the current ones are due to expire next month. The government has allowed current operators to extend their licences to year end, providing more time for the process.

An easing of the bill signals Macau officials’ continuing support of the gaming industry, which accounts for about 80% of government income. The sector has been battered by Covid-19-induced travel restrictions from mainland China — its largest source of customers — as well as Beijing’s crackdown on high-rolling gamblers and junket operators that provided services and credits to them.

Chinese leaders, concerned about capital flight and the enclave’s role in facilitating it through gambling, have been pushing it to diversify into other industries such as Chinese medicine, events and tourism and financial services.

“The fact that the government tries to support the industry by further revising the law supports our view that the licence renewal process is unlikely to bring in major disruptions and that the Macau government is accommodative to, if not sympathetic to, the industry,” said JPMorgan Chase & Co analysts including DS Kim in a note on Saturday.

A maximum tax cut of 5% would be equivalent to a boost of 12% to 15% to the estimated industry earnings before interest, taxes, depreciation and amortisation for the coming two years, Kim said.

Still, tougher regulations remain in the proposed bill, including the requirement for operators to reach a minimum revenue amount or face extra payment to the government, as well as banning junkets from operating rooms within casinos or sharing revenue with them.