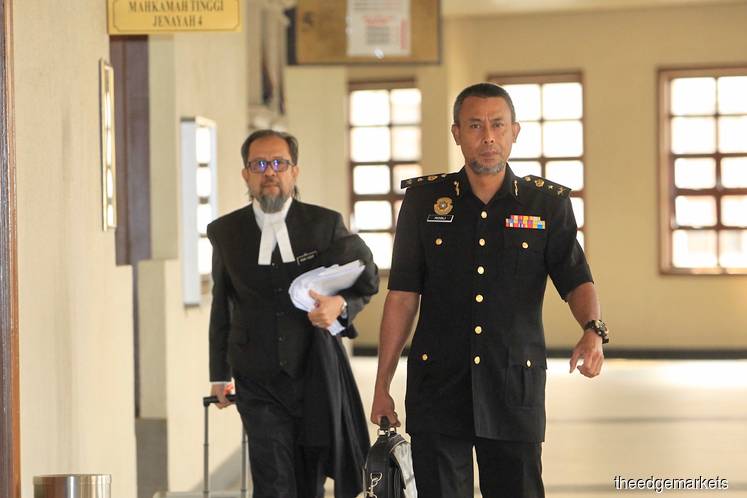 KUALA LUMPUR (Aug 23): The investigating officer in Datuk Seri Najib Razak's SRC International Sdn Bhd case admitted that there were inconsistencies in former SRC director Datuk Suboh Md Yassin's testimony regarding his signatures on some of the bank documents, including the Rentas transfer of funds forms which he signed.

Rosli said when the statement was taken in Abu Dhabi in November 2015, Suboh had admitted that they were his signatures when documents were shown to him regarding the case.

However, Rosli told the court today that when Suboh had his statement recorded for the second and third time, the latter had denied that some of the documents contained his signatures. The second and third statements were taken by IO Raub Ghani, at the Pullman Hotel, in Putrajaya after Suboh's return from Jakarta on May 28, 2018.

"In the fifth and sixth subsequent statements taken last August, he admitted it was his signatures," the witness said.

"I admit I did not investigate the possibility that his signatures could have been forged or duplicated in the forms. I am also aware of his testimony in court, when the defence raised questions regarding his signature. In the end, I will let this court decide on this, as I did not investigate this possibility," he told the court during cross-examination by Najib's lawyer Tan Sri Muhammad Shafee Abdullah.

The IO also admitted he had not referred Suboh's signature to a handwriting expert or to the Chemistry Department.

When Suboh was cross-examined by the defence previously, Najib's lawyers made a comparison of his signatures on the documents and even asked him to sign on an empty paper.

When the signatures on the documents were shown to the former SRC director on an overhead projector in open court, Suboh realised there was possibility that his signature could have been scanned from another document and used in other documents.

This resulted in the witness questioning the authenticity of the signatures in some of the 16 Rentas transfer of fund forms during the cross-examination.

The transfers of millions of ringgit to Najib's accounts were done by SRC, where Suboh was a director, and also Gandingan Mentari Sdn Bhd, where he was appointed as a director. In his testimony during examination-in-chief by the prosecution, Suboh said the documents shown to him contained his signatures.

Meanwhile, Rosli maintained today that Suboh's statement was recorded independently each time, without Rosli's presence, as the IO wanted to ensure the integrity of the star witness' statement, especially regarding the former premier.

Yesterday, the IO said during cross-examination that the documents provided by the bank were considered true documents.

But Shafee told the court when he further questioned Rosli today that in some of the documents, the original forms were not given to the bank. To this, Rosli admitted that the banks may not have the original forms concerned. However, he insisted that the emails of these documents given by the bank were sufficient evidence to ensure their authenticity.

The cross-examination continues this afternoon.