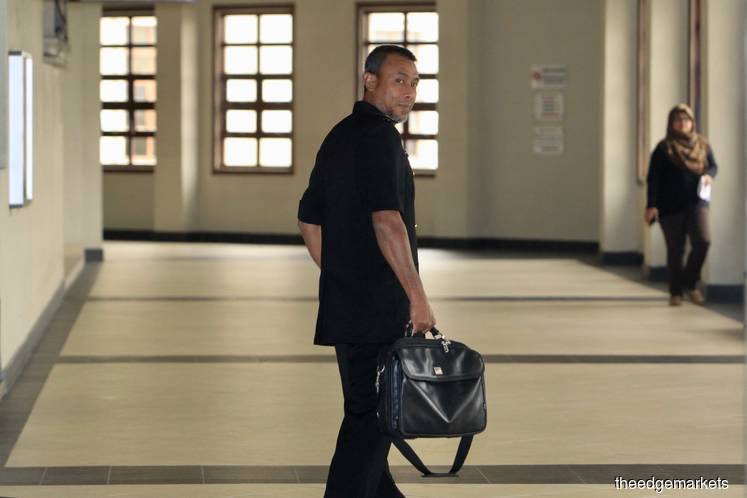 In his cross-examination session today, defence counsel Harvinderjit Singh suggested that the fugitive financier, better known as Jho Low, was the person responsible for the misappropriation of the former 1Malaysia Development Bhd (1MDB) unit's funds, but Rosli disagreed.

Harvinderjit then posited that Low controlled the Putra Perdana Construction Sdn Bhd accounts through its former group CEO and his associate Jerome Lee, but the witness disputed that too.

Rosli also disagreed that it was Low who had tried to get the money in former Prime Minister Datuk Seri Najib Razak's AmBank account ending 880, which received RM37 million from SRC in 2014, and that the financier was responsible for withdrawing money through Terence Geh, an associate of his who once sat on 1MDB's board.

He further disputed the assertion that Low was responsible for all the wrongdoings in SRC.

"You [Rosli] did not investigate this," Harvinderjit suggested, but the witness disagreed as well.

Rosli then continued to reject claims that Najib had been duped in the SRC scandal, and that Low was responsible for the transfer of funds from SRC and into Gandingan Mentari and Najib's accounts through former Yayasan Rakyat 1Malaysia CEO Ung Su Ling.

Najib-Nik Faisal 2011 meeting minutes not shown to ex-PM
Earlier, Rosli agreed that the disputed minutes of Nik Faisal and Najib's meeting were not shown to the former premier when he was interrogated.

Rosli says there is no record of whether the minutes of the duo's meeting on Sept 7, 2011 were the originals or otherwise, but he denied the minutes were forged.

The defence had been challenging the authenticity of the minutes of Nik Faisal's meeting with Najib ever since they were produced by former SRC chairman Tan Sri Ismee Ismail.

The meeting that Nik Faisal had with Najib concerned the utilisation of the first RM2 billion loan from the Retirement Fund Inc (KWAP).

The meeting minutes had allegedly detailed Najib's instructions that RM1.8 billion out of the first loan should be sent abroad.

Rosli said he took Ismee's statement last year, and prior to their meeting, the latter did not provide any documents.

Harvinderjit also asked Rosli whether it was true that although MACC has taken a sample of Najib's signature, the graft-buster did not enquire further with the chemistry department if the former premier's signature could have been forged, to which the witness said yes.

Harvinderjit asked if so far, none of the people Rosli interviewed claimed that they saw with their own eyes that Najib signed the bank documents himself, Rosli agreed.

Apart from that, Harvinderjit also queried the commission's move to stop banks involved in SRC's transactions from providing documents to the defence.

Rosli disputed this, saying the MACC did not stop the banks from sharing information.

"We said they (banks) should refer to us first before sharing the documents, we were not stopping them," he said.