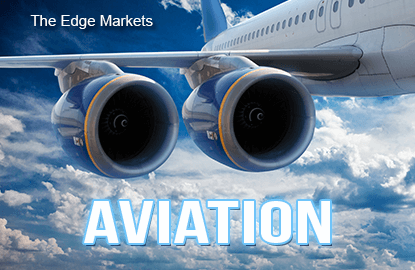 (July 9): Malaysia on Wednesday circulated a draft UN resolution on establishing an international tribunal that it said would guarantee an independent trial for those behind the downing of flight MH17 over Ukraine.

Malaysia told the Security Council last week that it was ready to move ahead with the proposed tribunal despite resistance from Russia, which has said the move is premature.

A draft resolution obtained by AFP calls for establishing the tribunal under chapter 7 of the UN charter, which means that the court's efforts to prosecute those responsible could be enforced by sanctions.

All 298 passengers and crew on board the Malaysia Airlines flight – the majority of them Dutch – died when the plane was shot down on July 17 last year over eastern Ukraine.

After the tragedy, suspicions immediately turned to pro-Russian separatists in east Ukraine who may have used a surface-to-air missile supplied by Russia to shoot down the plane.

The tribunal would be "an effective guarantee for an independent and impartial accountability process", the draft resolution said.

The text describes the downing of the plane as "a threat to international peace and security" and decides that all states should cooperate fully with the tribunal.

The council would "establish an international tribunal for the sole purpose of prosecuting persons responsible for crimes connected with the downing of Malaysia Airlines flight MH17 on July 17, 2014", the draft text said.

Under the draft, the council would also adopt the statute of the new tribunal modelled after other UN special courts tasked with prosecuting serious crimes.

Dutch Prime Minister Mark Rutte has said the international court is the "best option" for prosecution but that there is also a "back-up plan" should the Russians block the proposal.

Russian deputy foreign minister Gennadiy Gatilov described the proposal as "not timely and counterproductive" and that the investigation of the shooting down of the airliner should be completed before any further steps are taken.

A final report on the Dutch-led investigation is expected in October.

Malaysia is working with Australia, Belgium, the Netherlands and Ukraine – all member countries of the Joint Investigation Team (JIT) – on setting up the international tribunal.

Malaysia's ambassador Ramlan bin Ibrahim told the 15-member council last week that a UN court would "provide the highest degree of legitimacy for the trial".

The Boeing 777 passenger jet was en route to Kuala Lumpur from Amsterdam when it was shot down during some of the worst fighting between Ukrainian government forces and pro-Russian separatists. – AFP