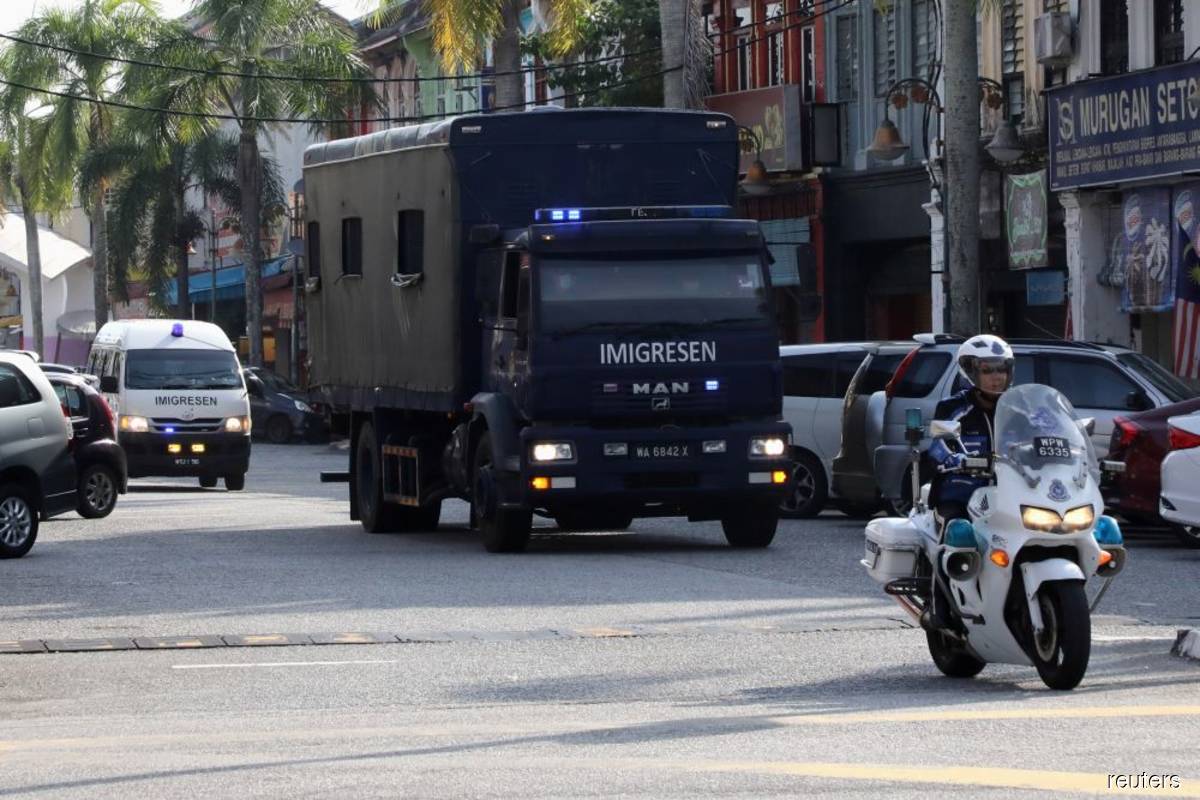 KUALA LUMPUR/LUMUT, Malaysia (Feb 23): Malaysia sent more than 1,000 Myanmar nationals back to their strife-torn homeland on Tuesday, despite a court order to halt the deportation, which a move rights groups said could endanger the deportees' lives.

The 1,086 Myanmar citizens were sent back on three navy ships sent by Myanmar's military, which seized power in a Feb 1 coup, sparking weeks of protests from pro-democracy activists. Malaysia had initially said it would deport 1,200.

Malaysia vowed not to deport Rohingya Muslims or refugees registered with the UN High Commissioner for Refugees (UNHCR).

But the agency has said at least six people registered with it were among the deportees. Refugee groups also say asylum seekers from the minority Chin, Kachin and non-Rohingya communities fleeing conflict and persecution at home, are among those being deported.

Malaysia's Immigration Department director-general said the repatriated Myanmar citizens did not include Rohingya refugees or asylum-seekers.

"All of those returned had agreed to be sent back voluntarily, without being forced by any party," Khairul Dzaimee Daud said in a statement.

He did not respond to queries on why the repatriation was carried out, despite the court-ordered halt.

The Kuala Lumpur High Court had granted a stay until 10 a.m. on Wednesday, when it was scheduled to hear an application by rights groups for a judicial review to suspend the deportation.

Just before the ruling, the migrants were bussed in from across the country to the naval base at Lumut in western Malaysia, where the Myanmar ships were docked.

Myanmar's military-backed news outlet Myawaddy reported that the ships were bringing back Myanmar nationals who were not granted permission to come back under the former ruling civilian government.

An immigration official quoted by the outlet said: "We scrutinized that all of them are the citizens of our country, not Bengali," using a derogatory term for Rohingya, members of a persecuted Muslim minority, that implies they are foreigners.

Those deported had been detained for immigration offences. Malaysia does not formally recognise refugees, treating them as undocumented migrants.

Amnesty International, one of the groups which requested the judicial review, called the decision to deport without a proper assessment of the returnees, as "inhumane and devastating".

"There are still huge, deeply concerning question marks over the status of those sent back today."

The rights groups in their court filing had said among the deportees were three people registered with the UNHCR and 17 minors who have at least one parent in Malaysia.

Concerns over deportation of unregistered asylum-seekers have persisted, as UNHCR has not been allowed to interview detainees for more than a year to verify their status. The Southeast Asian nation is home to more than 154,000 asylum-seekers from Myanmar.

The UNHCR had not been allowed access to those deported on Tuesday.

The United States and other Western missions have been trying to dissuade Malaysia from proceeding with the deportation and urged the government to allow UNHCR to interview the detainees. They also say that Malaysia is legitimising the Myanmar military government by cooperating with the junta.