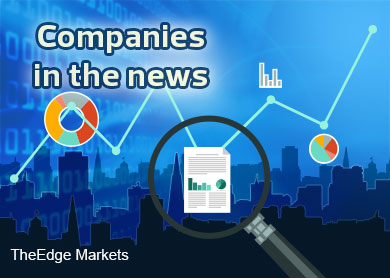 Malaysian Airline System Bhd (MAS) posted a net loss of RM576.1 million in the third quarter ended Sept 30, 2014 (3QFY14), the widest loss the ailing carrier has seen since the fourth quarter of 2011, which is 53.4% more than the RM375.44 million it recorded in the previous corresponding quarter.

Revenue for the quarter was down 13.36% to RM3.38 billion from RM3.90 billion in the previous corresponding quarter, as revenue was hit by the twin catastrophes of MH370 and MH17.

The national carrier was also loss making at the operational level. It posted a loss before interest, taxes, depreciation, and amortisation of RM161.54 million, compared with an earnings of RM62.25 million a year ago.

The group said the weaker result was due to lower margin contributed from its civil, mechanical and electrical works segment. It added that it remains obliged to service its fixed cost despite the reduction in revenue, which resulted in a situation where costs out-ran revenue.

Moving forward, Instacom is banking on a 400 telecommunication towers tender that will be called by the Malaysian Communication and Multimedia Commission, which will amount to approximately RM300 million.

"It is anticipated that the awards shall be made by early 2015, with construction expected to commence in early 2015," Instacom said.

Eduspec Holdings Bhd, an electronic learning provider, posted a more than five-fold rise in net profit to RM7.17 million in the fourth quarter ended Sept 30, 2014 (4QFY14) from RM1.33 million a year ago, driven by higher revenue.

Eduspec was today's Stock with Momentum in in theedgemarkets.com. For the full year, net profit was eight times higher at RM6.85 million from RM854 million a year ago, while revenue stood at RM58.42 million, up 71.4% from RM34.09 million in 4QFY13.

Carlsberg Brewery Malaysia Bhd saw its net profit grow 46.4% to RM56.28 million in the third quarter ended Sept 30, 2014 (3QFY14), up from RM38.44 million a year ago, thanks to  increased revenue, in particular from Singapore, improved price and product mix, as well as effective cost efficiency measures.

In its announcement to Bursa Malaysia, the company said its sales and marketing segment saw higher revenue and profit for the quarter, due to an increase in number of machines sold to new and existing casinos in the region.

"The financial performance of the group for 2014 is expected to be weak, due to deferment of some major local projects which the group is currently pursuing, as well as additional provision due to protracted discussion on disputes related to variation orders and claims, which are currently under negotiations," Mudajaya said.

Sentoria Group Bhd saw its net profit plunge 71.3% to RM10.06 million for the fourth financial quarter ended Sept 30, 2014 (4QFY14) from RM35.01 million a year ago, mainly caused by its leisure and hospitality division which incurred much higher costs consequent to the opening of the Bukit Gambang Safari Park in Bukit Gambang Resort City in Kuantan, Pahang, at end-FY13.

Revenue for 4QFY14, however, rose 8.2% to RM64.52 million from RM59.65 million a year ago, mainly due to higher billings from its property development division.

Revenue for FY14, however, increased 5.3% to RM218.4 million from RM207.5 million in FY13, also mainly due to higher billings from property projects.

Mulpha International Bhd's net profit for the third quarter ended Sept 30, 2014 (3QFY14) jumped over four-fold to RM44.05 million from RM8.67 million in the previous corresponding quarter, mainly due to higher contributions from its property and investment segments.

Revenue for 3QFY14 also jumped 67.75% to RM296.8 million from RM176.93 million in 3QFY13, boosted by higher revenue from its Leisure Farm project in Iskandar Malaysia and a gain on disposal of its Raintrees Residences.