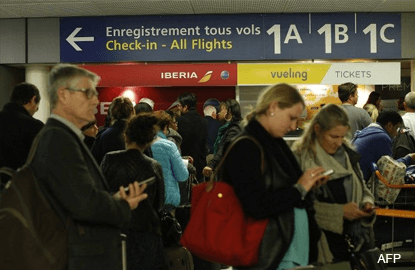 (Dec 2): A former Malaysia Airlines (MAS) steward detained in Paris and later placed under house arrest for alleged sexual assault on a passenger has returned home although investigations are ongoing.

Lawyer Shailender Bhar said the 58-year-old still had to return to Paris if his presence was required for further investigations.

"He returned home recently and his family members are relieved that their ordeal to secure his release has bore fruit," Shailender told The Malaysian Insider.

It is learnt that the steward's release was equivalent to the local understanding of a discharge not amounting to an acquittal.

"The French authorities felt it was no point holding the Malaysian in their country indefinitely pending the completion of the probe," the lawyer said.

A suspect could be held for more than a year in France compared with Malaysian legal procedures, where the authorities are given two weeks to complete their investigations before pressing charges or releasing the suspect.

The former steward had allegedly committed the assault on board flight MH20 on Aug 5 last year.

The alleged victim, passenger Laura Bushney, claimed that the steward sexually assaulted her twice during the flight from Kuala Lumpur to Paris.

She lodged a police report upon reaching Charles de Gaulle airport in Paris, where the suspect was arrested.

He was first held at a Paris detention centre until December and since January this year, had been staying with a local resident approved by a French court.

The steward's travel documents were returned but at that time he was not allowed to leave the country, and was told to report weekly to the nearest police station.

Shailender, the family and the National Union of Flight Attendants (Nufam) had written to the Malaysian authorities including Wisma Putra and the Attorney-General's Chambers to intervene and bring him back.

The lawyer had also aided the family to get a French counsel to assist the steward during proceedings in Paris.

Shailender said French police had no jurisdiction to investigate the steward, as the alleged crime did not take place in France or its airspace.

Last year, MAS confirmed that it had sacked the steward, despite the fact that he had not been charged or tried for the alleged incident.

Shailender said he was made to understand that the steward was also not pursuing his claim for unlawful dismissal by MAS.

Rizalman was a military attache at the Malaysian high commission in Wellington when the incident happened last year. The case sparked an outrage when he fled to Malaysia citing diplomatic immunity.

He was eventually extradited to face the New Zealand courts, and had pleaded not guilty to attempted rape and burglary.

But with his trial due to start last Monday, the original charges were dismissed when the 39-year-old admitted one count of indecent assault against Wellington woman Tania Billingsley.

Judge David Collins said a hearing into disputed aspects of the case would take place on Friday before sentencing.