A missed opportunity of a judicial review for Malaysia Competition Commission 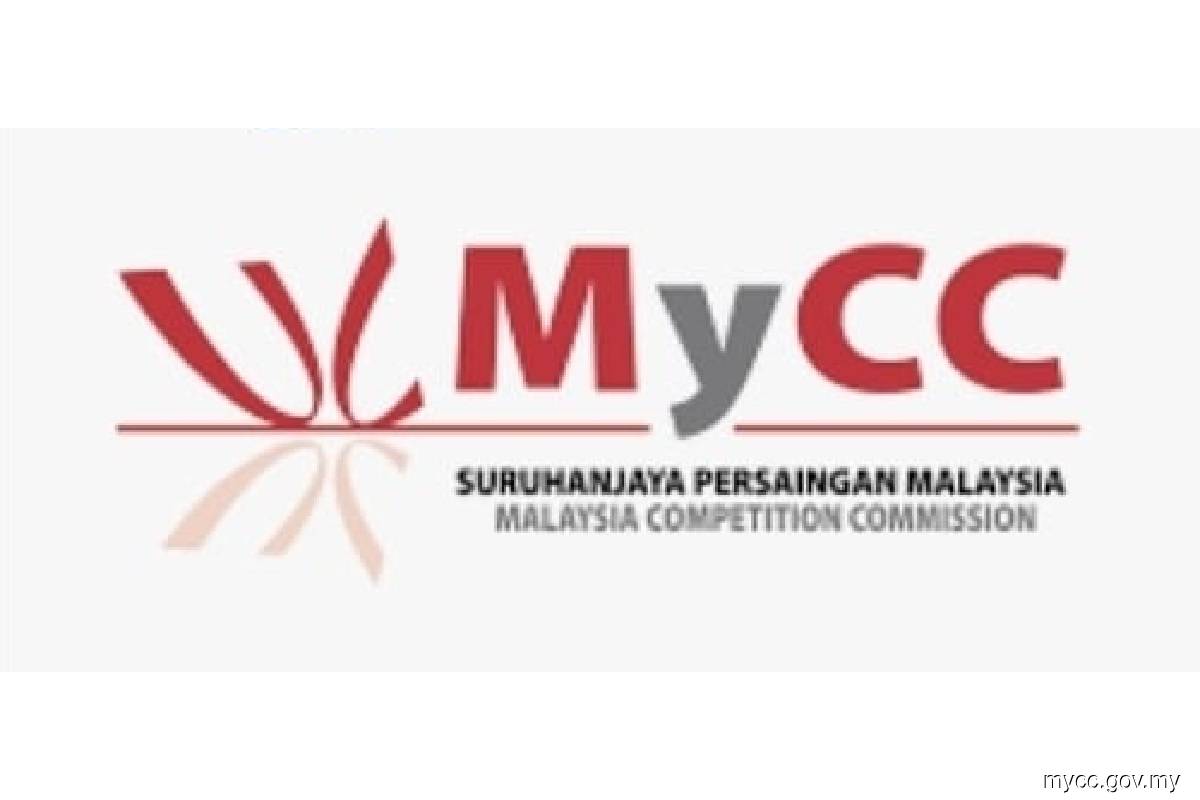 (Feb 20): Following the Asian financial crisis of 1997, competition law was passed as legislation within the top ASEAN economies in the first half of the past two decades. In Malaysia, the Competition Act 2010 came into force in 2012, with the Malaysia Competition Commission (MyCC) tasked by Parliament with implementing and enforcing competition law. The MyCC plays the important role of not only enforcing competition law, but in public advocacy and education of this piece of legislation to the Malaysian public in appreciating the benefits of competition against the restraints of past industrial practices of direct dealings and monopolistic "state champions".

Competition law across the world is aimed at maintaining the competitive process within markets. Where oligopolies exist, the law ensures that cartel activities such as price fixing are reigned in, whereas monopolies are kept in check by the prohibition of predatory practices. Ultimately, the consumer benefits when a healthy level of competition exists. Malaysia in adopting this legal concept benefited from over a century of jurisprudence. The legal concept traces its history to the US where it is known as antitrust law. The passing of the Sherman Antitrust Act in 1890, buoyed by growing discontent with monopolisation and cartel practices in the oil and railway industries, formalised the restriction into written law.

In the European Union (EU), competition law was formalised under the Treaty of the European Community in 1957. Through in-depth analysis of the complex interplay among economics, policy and law, the Courts of the US and the EU have played a critical role in developing this area of law. A key player in pursuing and bringing before the courts important cases for consideration are the antitrust/competition commissions themselves, raising novel issues as markets and technology develop in leaps and bounds. In 2004, the EU Commission’s proposed fine of €497 million against Microsoft was the largest in its history, and raised key concepts such as open source software and access to competitors to participate in a dominant platform such as Windows. Technology giants such as Facebook and Google have also been targeted in both jurisdictions in respect of concerns regarding practices in the use of advertising data.

In 2014, the MAS-AirAsia case was the first major decision of the MyCC on allegations of a breach of market-sharing prohibitions, with a principal imposed fine of RM10 million against each entity. Competition law in Malaysia has benefited from the multiple levels of tribunals this long-fought case traversed, in particular the interpretation of Malaysia’s unique provision under Section 4(2) of the Competition Act, which automatically deems certain horizontal agreements (competitor-to-competitor) such as price fixing and market sharing as being in restraint of trade and an infringement of the Act, and issues surrounding the extent the MyCC could rely on the deeming provision in avoiding a thorough analysis of the market and the actual effects of such anti-competitive conduct.

The prospect of this case and a novel piece of legislation being brought before the Federal Court, the supreme court of the land, for judicial guidance flickered to an end last Feb 9 when the Federal Court declined the MyCC leave to appeal against the Court of Appeal’s decision.

The principal effect of the Court of Appeal’s decision, left intact, is that while aggrieved parties (like MAS/AirAsia) may go to the courts, the MyCC itself could not, thus restricting in Malaysia the expansive role of the courts in developing this important area of law and the types of cases which come before the courts.

The MyCC plays the role of the investigator, judge and enforcer. That is Parliament’s clear and plain intention when reading the 2010 Act. In reaching its decision, Section 40 of the Competition Act empowers the MyCC to impose financial penalties and other appropriate directions. Section 51 provides that aggrieved parties may appeal to the Competition Appeal Tribunal (CAT) against the MyCC’s decision. The Competition Act thus provides a statutory appeal against the MyCC’s decisions. The CAT’s members comprise individuals appointed by the prime minister and who in his opinion have relevant expertise in “industry, commerce, economics, law, accountancy or consumer affairs”. The CAT is independent of the MyCC, and purely plays the role of an appeal tribunal.

While the Competition Act states that the CAT’s decision is final and binding, the court’s inherent supervisory jurisdiction nevertheless leaves open an aggrieved party to apply to the courts for a judicial review, an avenue under Order 53 of the Rules of Court 2012 for parties adversely affected by decisions of public authorities (in this case the CAT). In the MAS-AirAsia case, however, the CAT ruled against the MyCC, therefore leading to the MyCC applying with the High Court for a judicial review.

While the MyCC was successful in the High Court, the Court of Appeal in subsequently allowing MAS and AirAsia’s appeal made a significant ruling: The MyCC has no standing to apply for a judicial review against a decision of the CAT because the MyCC cannot be said to be adversely affected by the CAT’s decision. The Court of Appeal held that the MyCC, being a “quasi-judicial” body, could not challenge its superior, the CAT. The following are excerpts from that decision:

[45] The MyCC, in exercising its quasi-judicial functions of weighing the evidence before it and coming to a decision that is enforceable under the law, takes a neutral and impartial stand before its appellate authority in the CAT and its task is to assist the CAT to arrive at a fair and just decision. It takes no partisan stand and has no personal or official interest in the confirmation or reversal of its order handed down in its quasi-judicial capacity.

With respect, the finding that the MyCC must give due preference and respect for its superior’s appellate authority, and that such a challenge would be “administrative insubordination of a kind repugnant to the whole statutory scheme of the Act”, may not be entirely accurate. While creatures of the same statute, the MyCC and the CAT are distinct bodies playing very different roles.They have separate functions, and their members do not overlap.

In coming to its own decision, the MyCC is not subordinate to the CAT in such functions. The CAT plays no part in this process.The CAT only plays the role of an appellate body should a party appeal against the MyCC’s decision. Once a case is before the CAT, the MyCC no longer has a determining or “quasi-judicial” role. That role of the MyCC ends once its decision is rendered. The proceedings before the CAT are adversarial. In defending the very decision it has already come to, the MyCC cannot be required to be disinterested. The MyCC’s decision, when placed before the CAT, is thus akin to a claim in the court’s civil process, which the MyCC must advocate and defend.

A disappointing and bizarre consequence of the MAS-AirAsia case is that the Malaysian courts’ role in developing this area of law is limited — only cases where the MyCC and the CAT’s decisions are aligned are brought before our courts. Where a complainant successfully challenges the MyCC’s decision before the CAT, that case will never be brought before the courts for guidance.

Malaysia is thus rendered rather unique in comparison to other countries with robust competition regimes, where the law is brought before and its development led by the courts. In the US, the Federal Trade Commission and the Department of Justice initiate court proceedings to enforce antitrust law. In the EU, appeals against the commission’s decision are also brought straight to the General Court, and then to the Court of Justice on appeal.

Jurisdictions such as the UK, Singapore and Australia have adopted a procedural framework similar to Malaysia's, in which there exists an appeals tribunal created by statute. Unlike Malaysia, however, in those jurisdictions, appeals by the commissions — from the tribunal to the courts — are expressly provided for in their written law.

Thus, in all other major jurisdictions having competition law, the commission always plays an adverse party before the courts, and competition law is inevitably brought before the courts. The court’s role in developing key concepts even when parties initially have their disputes determined outside the court is common in the common law. For example, many significant contractual principles have been developed by parties bringing to the courts an arbitrator’s misapplication of the law.

A final conundrum arises. In judicial review proceedings before the courts, there must always be an adverse party. If a judicial review is brought by a complainant against the CAT’s decision, does the CAT then (to the exclusion of the MyCC) become the adverse party, playing an active role in the High Court process and defending its decision? Does it appoint a counsel?

Definitely not. The CAT is purely an appeals tribunal, and that is where the very concerns of a tribunal maintaining its disinterest should arise. In the MAS-AirAsia judicial review proceedings brought by the MyCC, the CAT was not represented and took no role in the proceedings. It was MAS and AirAsia which acted as the opponents.

Or does the MyCC and the CAT then switch roles once before the High Court, from the adversarial party and tribunal respectively in the CAT appeal stage, to a single joint party before the High Court? That would be an odd switching of hats to fit the confines of a judicial review.

These were issues not considered by the Court of Appeal, and are concerns unlikely to have been in the contemplation of the drafters of the Competition Act. Under the status quo, the MyCC’s role in enforcing competition law as the regulator would be severely diminished in comparison to its peers in other jurisdictions — being a regulator that cannot defend its own decisions. It remains to be seen if the MyCC will continue to challenge this restriction on it before the courts, or if Parliament will remedy the matter by legislative amendment to expressly allow an appeal against the CAT decision by either party. Otherwise, Malaysia remains at odds with the practices of established competition regimes across the world, which consistently involves the courts.

Mervyn Lai (LL.M (Dist) Competition Law, University of Glasgow) is a partner in the law firm of Tommy Thomas.