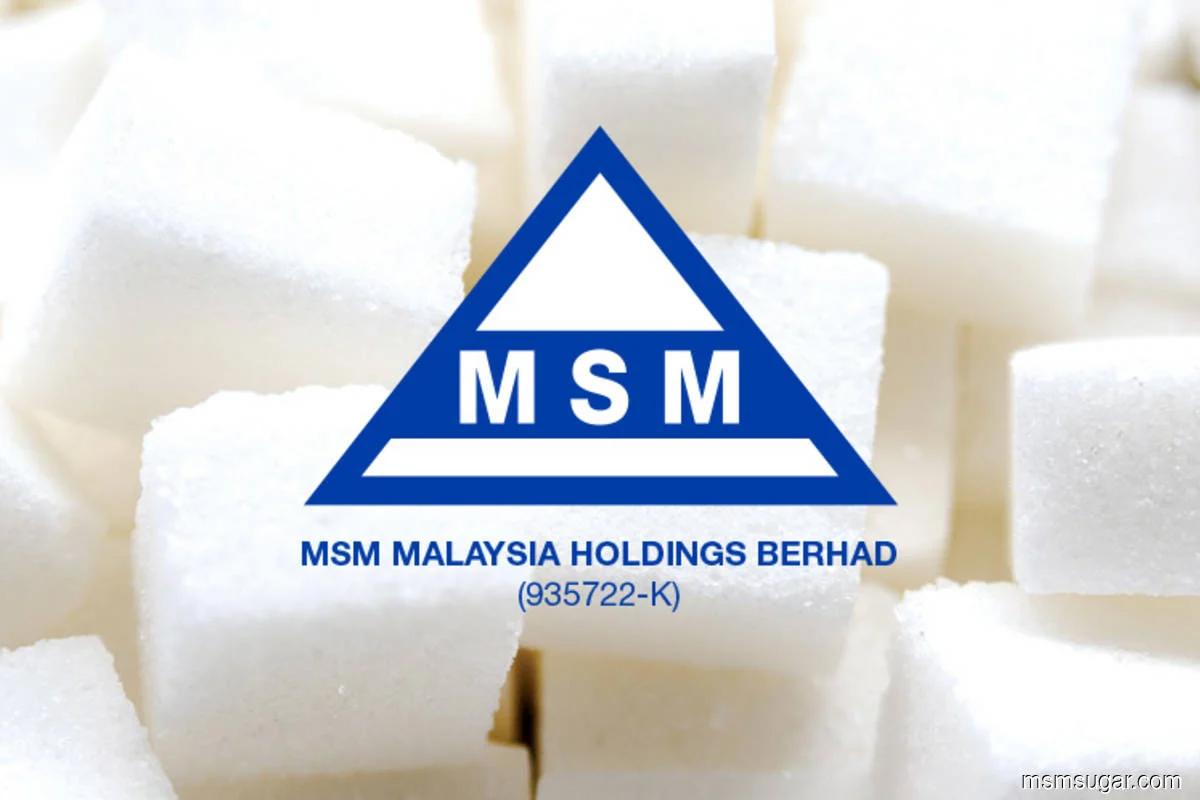 SUGAR refiner MSM Malaysia Holdings Bhd has not performed well over the past few years owing to myriad issues that have adversely impacted its bottom line.

But although it is the dominant player in a duopoly, the company has suffered losses in three out of the past five financial years, prompting questions on what ails it and when investors can expect sweeter returns.

MSM maintains that persistent price ceilings have curbed its ability to deliver better earnings which, coupled with rising labour and input costs and a shrinking ringgit, have made for a challenging environment in which to operate, so much so that Malaysia’s retail sugar prices in Asia-Pacific are far lower than its neighbours’.

In an email response to questions from The Edge on MSM’s plans, CEO Syed Feizal Syed Mohammad says, “MSM has made a request [to the government] for consideration of a new gazetted ceiling price moving forward. The sugar industry has only seen an increase in price of 11 sen/kg in 2017 but a reduction of 10 sen/kg (took place) in 2018, thus (there has only been) a net one sen/kg increase. There have been no other price adjustments or subsidies since 2013.

“MSM continues to face a challenging business environment due to rising input costs, mainly raw sugar, freight, natural gas and a weakening ringgit. Other input costs, which are also on the rise, include packaging materials, wages and inland logistics ... In addition, margins are compressed in the consumer segment under gazetted controlled selling prices prolonged over the quarters. Malaysia remains the cheapest nation in retail sugar prices in Asia-Pacific at RM2.85/kg … Thailand is over RM3.40/kg, Indonesia over RM4.40/kg and the Philippines more than RMRM6/kg,” he says.

However, an increase in sugar prices may not be popular, especially if it comes soon after an election.

MSM’s explanation aside, the other player in the duopoly — Central Sugars Refinery Sdn Bhd — continues to make the most of its position and 40% market share.

The smaller player has been posting steady profits and consistently pays out dividends to its shareholder Padiberas Nasional Bhd, which is part of the Tradewinds group in Tan Sri Syed Mokhtar Albukhary’s stable of companies.

For the four years from 2018 to 2021, Central Sugars paid out more than RM480 million in dividends. MSM paid out three sen in dividend per share for FY2021, amounting to a payout of RM21 million.

An industry source, however, explains that Central Sugars’ two refineries have been operating for a long time and the costs have been amortised, in contrast to MSM’s RM1.25 billion capital expenditure (capex) for its Johor refinery, which only commenced operations in 2019.

And judging by the six-month results for the current financial year, the full year is likely to be disappointing for MSM again. For its six months ended June this year, the company suffered a net loss of RM61.75 million on revenue of RM1.22 billion. As at end-June, the company had deposits with banks amounting to RM119.68 million and cash and bank balances of RM45.55 million. MSM’s short-term borrowings were RM473.06 million and its long-term debt commitments were pegged at RM334.52 million.

An issue with high costs

MSM has two refineries. MSM Prai Bhd operates a refinery in Penang with an annual production capacity of 960,000 tonnes of refined sugar, which accounts for more than 80% of MSM’s total production capacity. MSM Sugar Refinery (Johor) Sdn Bhd was built at a cost of RM1.25 billion and commenced operations in 2019.

Located on a 50-acre plot in Tanjung Langsat Port, MSM Sugar Refinery (Johor) currently refines one million tonnes of raw sugar a year but can increase its capacity to two million tonnes a year, with additional capex.

But at present, it is only running at 20%-30% capacity. It needs to achieve 50% capacity to break even. In a nutshell, the plan is for MSM to ramp up its exports and to make forays into neighbouring countries.

There is an issue of MSM’s costs being higher than other refiners, many of whom also own sugar cane plantations, be it in Brazil, India, South Africa or Thailand. These producers use sugarcane bagasse — the remains of crushed sugarcane — as biofuel, which significantly reduces costs.

Syed Feizal says that gas accounts for 35%-45% of MSM’s refining cost. “The sugar producers that are at an advantage in terms of costs are mostly the integrated sugar producers, that own mills to process sugarcane sourced locally. These players typically produce biomass energy from sugarcane bagasse and any excess energy will be sold to the grid as additional revenue. These integrated players benefit from low energy costs for their production, which can be seen in countries like Brazil, India and Thailand.

“As far as standalone refineries are concerned, MSM is on par with, if not more competitive and efficient than, other sugar refineries globally. The sugar quality that MSM produces is exemplary and highly sought after as it is perceived to be of high quality,” he contends.

An industry player says that given the transport costs for raw sugar from Brazil to Tanjung Langsat, MSM’s cost is likely to be 50% higher than its peers from Thailand, which plant their own sugarcane, which would make any plans for profitable exports more difficult.

Syed Feizal says, “In our continuous effort to ensure that we remain competitive, MSM remains focused on ramping up its production, increasing yield, further reducing unit cost and mitigating losses. One of the initiatives identified is to embark [on] alternative energy such as solar to reduce electricity usage, targeted to commence in 2023 with the MSM Prai and Sungai Buloh warehouses.

“MSM will need to remodel its sales and average selling prices in view of prevailing controlled ceiling prices impacting its financials. In addition, MSM has ongoing business and operations initiatives in cost savings, cash conservation and added revenue generation to turn around 2022 quarterly losses,” he adds.

According to analysts who cover MSM, the company is likely to suffer losses this financial year, and the Johor refinery will likely reach a utilisation factor of 30% in FY2022, which could rise to 50% in FY2023 — the break-even point. But will this be enough to turn the company’s fortunes around?