My Say: Thailand, the Land of Smiles, may smile again 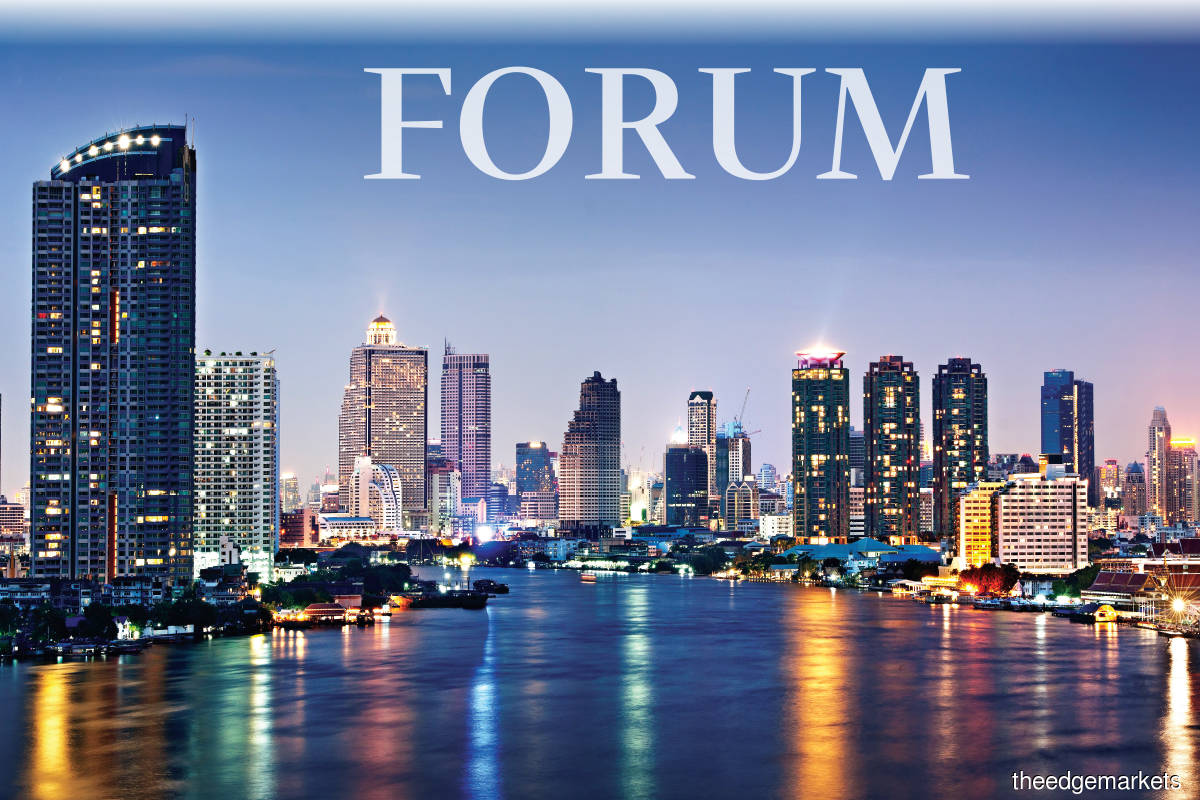 Thailand has had a difficult two decades. Since late 2004, it has stumbled through two military coups, multiple elections and prolonged political disruptions. With the passing of the long-reigning King Bhumibol, a familiar and comforting authority figure is no longer available to stabilise the system as he frequently and effectively did. In the meantime, competitors such as Vietnam are catching up with Thailand. Its population is ageing and the workforce is not growing as before. Economic growth has slowed to the point where some now believe that Thailand is stuck in the middle-income trap.

Our take is somewhat more hopeful. Cyclically, Thailand is poised to rebound smartly from the damaging impact of Covid-19 on its large tourism sector. Its fundamentals are sufficiently robust to give it resilience against the financial and economic turbulence that an increasingly uncertain global environment could unleash. The longer-term outlook for the country is where there is a bigger question mark. There are some promising signs that Thailand’s impressive technocrats are coming to grips with the structural shortcomings of its economy that depress its potential growth. But whether Thailand can indeed move beyond these structural handicaps hinges on the political outlook. On this, the coming elections may create the opportunity for the political class to work towards a new consensus that could help stabilise the country.

Cyclically, Thailand is looking good in a bad year for the rest of the world

Most forecasters are downcast about the global economy in 2023. But in this general gloom, Thailand shines somewhat brightly as one of the few economies that will enjoy an acceleration in growth next year — to 4% in 2023 from around 3.5% in 2022 — even as most of the world suffers a sharp slowdown or even a recession.

One reason why Thailand’s economy will shine is the tourism recovery. Next year, we expect tourist arrivals to surge to 18 million or more from around 10 million tourists this year. Since every increment of one million tourists tends to increase economic output by 0.3%, the turnaround in tourism could contribute 1.9 percentage points to growth in 2023.

There are other drivers of growth in 2023 in addition to tourism:

•    Consumers will be spending again: Employment has increased as the strengthening economic recovery brings workers back into productive activities. The Thai tourism sector alone employs 20% of the labour force, so there is considerable scope for employment gains to translate into a boost to demand. Many workers who left the towns to return to farms when jobs were lost are returning to work in urban areas. The government is also helping with schemes such as extending the “Khon La Khrueng” cost of living support scheme for lower-income earners. Another source of support for consumer spending next year will be the agricultural sector. While prices of Thai commodities such as rice, tapioca and rubber may not rise further, output is projected to increase, resulting in continued growth in farm incomes.

•    Public investment is to be ramped up: We see government capital expenditure rising by around 2.5% in 2023, after slowing sharply this year. In 2023, the Thai government is prioritising the implementation of previously planned infrastructure projects, which were delayed as fiscal resources were diverted to tackle the Covid-19 pandemic.

•    Foreign direct investment (FDI) will drive up private investment: Private investment is still below pre-pandemic levels. As the economy recovers, the animal spirits of entrepreneurs will return and help lift capital spending by Thai companies. Private investors will be encouraged by the government infrastructure build-out which will create new opportunities. What is also encouraging is the improvement in the Board of Investment’s approvals of FDI which will also help boost investment.

There are, of course, downside risks in the near term but it looks like these are likely to be manageable. Thailand’s highly diversified export base will help cushion the blow but only to a limited extent. Thus, the slower world economy in 2023 will inevitably produce a slowdown in Thai export growth to 1%-3% in 2023 from an estimated 8%-9% in 2022.

More specifically, a prolonged slowdown in the Chinese economy was a major worry due to the extensive linkages between China and Thailand. The International Monetary Fund estimated that a 1% decline in China’s gross domestic product (GDP) would lower Thailand’s output by 0.2%. However, the decisive policy moves announced last week by the Chinese authorities to ease Covid restrictions and to support the real estate sector should help reduce these risks. We expect the Chinese economy to accelerate from around 3.2% this year to about 5.4% in 2023.

Another risk is that the rapid tightening of monetary policy in advanced economies could trigger global financial shocks. That could precipitate sharp capital outflows and a further depreciation of the baht while also raising concerns about Thailand’s high household debt (now at a record 88% of GDP). However, the recent signs that inflation is peaking, which would allow the US Federal Reserve to slow the pace of rate increases, will help. Investors’ risk aversion has improved and capital has flowed back to emerging markets such as Thailand.

A final risk is an escalation of geo­political risks such as heightened US-China tensions that would have spillover effects on Thailand. That is why the recent summit meeting between President Joe Biden and President Xi Jinping was helpful — the two quarrelling big powers appear mindful of keeping their lines of communication open so as to avoid an escalation in friction that neither side wants.

There are a number of other factors that will buffer Thailand against potential stresses in global finance and trade.

•    First, with public debt at 7.3% below the debt ceiling, the government has considerable fiscal space to support the economy. Moreover, with a lot of slack in the economy, inflation risks are low enough to allow the central bank sufficient scope to use monetary policy to support demand.

•    Second, Thailand is less exposed to financial instability risks. About 94.2% of Thailand’s public debt is in medium- and long-term instruments and 98% of public debt is denominated in the local currency. This low share of foreign exchange-denominated public debt and long average term to maturity (above 12 years) will shield Thailand from exchange rate and interest rate shocks. The low foreign ownership of government debt of 11% as at Sept 22 and the healthy level of foreign exchange reserves, at 2.4 times short-term debt as at 2Q2022, will protect external stability.

•    Third, the capital adequacy ratio of the local banking sector is 19.9%, which means that the domestic banking system has more than enough capital to withstand a rise in bad loans.

•    Lastly, the recovery increase in tourism should boost Thailand’s current account balance by around 5.8 percentage points of GDP, turning it from a deficit of -2.5% of GDP in 2022 to an estimated surplus of 1.5% of GDP in 2023. That will boost the value of the baht.

Structural weaknesses are a pressing challenge

The big structural challenge is that Thailand is weak in each of the three main drivers of economic growth:

•    Weak investment: Thailand’s investment share of GDP in 2019 was lower than the levels in Vietnam, Indonesia and the developing Asian average.

•    Demographic headwinds: The World Bank estimates that Thailand’s working age population will shrink by 30% by 2060, in sharp contrast to other developing economies in the region.

•    Thailand has a weak capacity for productivity growth. The broadest measure of productivity growth — total factor productivity — has slowed significantly, from 3.6% over 1999-2007 to just 1.3% over 2010-2016. One reason is the lack of investment in human capital development. As at 2020, some 60% of Thai labour were in low-skilled activities while only 15% were professionals, managers, executives and technicians.

These structural issues run deep and are difficult to resolve. For example, weak productivity in the economy is associated with weak competition in the economy, for which there are multiple sources, notable ones being preferential treatment of state-owned enterprises and regulations that impede foreign participation in the economy, particularly in the services sector.

The good news is that policymakers recognise these structural challenges and have taken active steps to address them.

•    To tackle the depressed levels of investment, the development of the Eastern Economic Corridor and an overarching public investment plan that aims to deliver 92 infrastructure projects worth US$33 billion (RM149 billion) from 2020-2027 has been set up. This has driven investment incentives in the medium term while building up infrastructure and amenities.

•    Investment can also be boosted by the synergies expected from integration with the Greater Mekong Subregion (GMS), which should yield economies of scale and scope. By 2021, the share of Thai exports to Laos, Cambodia and Vietnam in total exports had grown to be on a par with the share of exports to Japan (9%) and had surpassed the share of exports to the European Union (8%). An increasing share of exports to the GMS is not just due to growing trade, but also due to the increased building of infrastructure linkages. In January 2022, approval was given by the cabinet to build a second bridge across the Mekong River that connects the northeastern Nong Khai province in Thailand to Laos.

•    In order to improve the current labour force, the Education to Employment scheme and E-workforce Ecosystem platform have been implemented to align vocational education to the skills needed in growth sectors and to develop better upskilling and reskilling paths for workers in Thailand.

•    Finally, to tackle Thailand’s weak productivity growth, revisions to competition law made tackling anti-­competitive business practices easier, limited carve-outs to state enterprises and strengthened the institutional enforcement framework by creating a new independent enforcement agency — The Trade Competition Commission (TCC). Multiple innovation funds and enhanced tax incentives have also been put in place to boost spending on research and development in Thailand. This is evident by the R&D spending as a percentage of GDP growing steadily since 2011, reaching 1.3% in 2020.

Ultimately, Thailand’s long-term growth hinges on the ability of the government to push through necessary policy changes. However, this will only take place if tough political decisions are made. For example, Thailand is dilly-dallying on whether to apply to join the Comprehensive and Progressive Agreement for the Trans-Pacific Partnership (CPTPP), which its main rivals for foreign investment — Malaysia and Vietnam — are members of. Nor has it secured strong new free trade agreements (FTAs) for a long time. Vietnam, on the other hand, ratified the CPTPP in 2019 and secured an FTA with the EU in 2020, among many other trade agreements. Thus, Thai goods have lost competitiveness to Vietnam.

There are some signs that political factions are more prepared to set aside their differences to form a broad-based coalition government. If next year’s general election produces a government of national unity, which then takes good advice from the country’s technocrats, Thailand’s prospects would look much better. This is why the general election next year is so important.