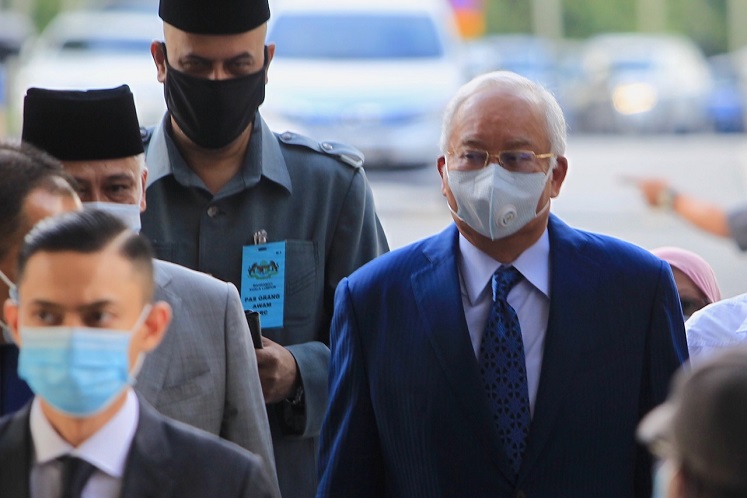 Deputy Public Prosecutor (DPP) Muhammad Izzat Fauzan, on behalf of the prosecution, informed the judge that the RM27 million trial will have to be delayed in view of the other cases.

"We will set July 27 as the next date for case management," said the judge.

Also present was lawyer Syahirah Hanafiah on behalf of the accused.

At first, the prosecution in Najib's SRC case wanted the three money laundering charges involving RM27 million to be tried together with the former premier's seven other charges involving RM42 million in SRC, but the plan was changed due to a procedural issue.

Najib is alleged to have received the RM27 million at AmIslamic Bank Bhd's Jalan Raja Chulan branch on July 8, 2014.