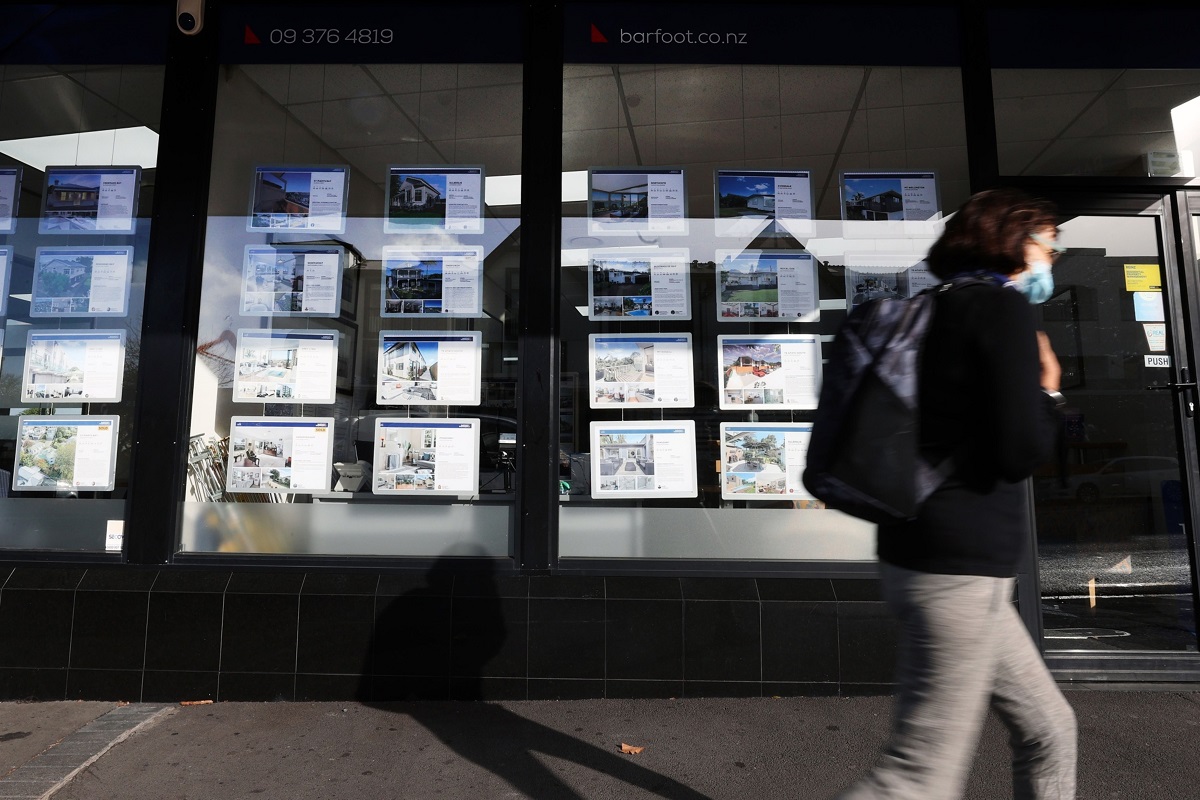 (July 5): New Zealand house prices fell the most in 13 years in the second quarter as the central bank raised interest rates aggressively to curb inflation.

Prices declined 2.3% in the three months through June, CoreLogic New Zealand said Tuesday in Wellington. That’s the biggest quarterly drop since early 2009, when the economy was in recession due to the global financial crisis. Prices fell for a third straight month, while the annual gain of 12.4% was the lowest since late 2020.

“As the downturn sets in, and with interest rates set to rise further, greater consideration is now being given to how long and how far will this go,” said Nick Goodall, head of research at CoreLogic NZ. “Affordability constraints coupled with higher interest rates and tighter lending conditions are likely to keep a lid on housing demand over the coming months and probably until interest rates start to fall again.”

The Reserve Bank is expected to raise the Official Cash Rate by half a percentage point for a third time next week, taking it to 2.5%, and further hikes are predicted as it seeks to quell inflation. That’s seen mortgage interest rates more than double over the past year. Economists are forecasting house prices will fall about 10% this year and decline further in 2023. Prices fell in all the main centres in the June quarter except in the South Island city of Christchurch, where they rose 3.3%. In Auckland prices dropped 4.9% and in Wellington they retreated 4.7%.

Goodall said the experience of the housing market after the global financial crisis offers a glimpse into one potential scenario that could unfold. Back then, prices fell about 10% over 17 months and took about five years to recover to their pre-GFC peak, he said.

“While the economic and lending environments are remarkably different between 2008 and 2022, housing affordability is more thinly stretched, and interest rates are rising, not falling like in the late 2000s,” Goodall said. “Under these circumstances it is difficult to foresee any respite for falling house prices in the near term.”