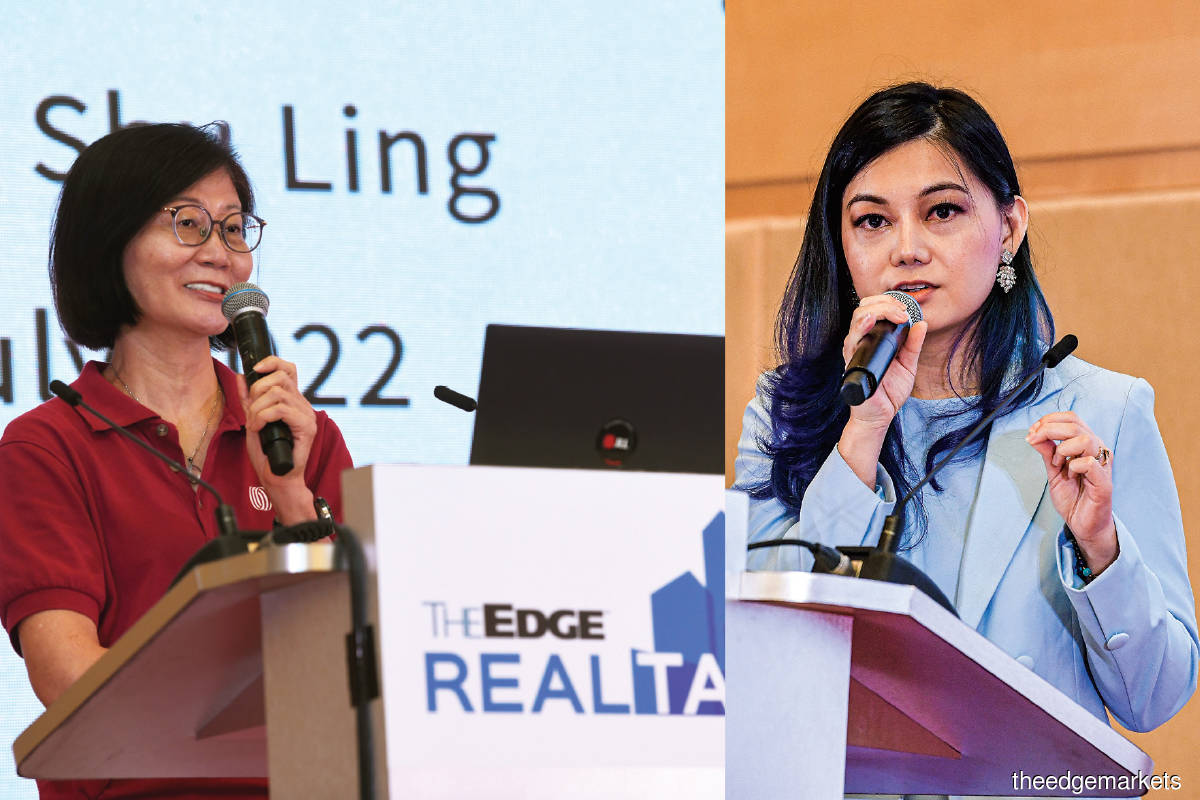 The overseas market — especially the UK and Australia and even ­Japan — is drawing Malaysian investors. The appetite for international projects is good especially since most international borders have reopened, observed JLL Property Services (M) Sdn Bhd country head Y Y Lau during the session entitled “Investing in Overseas Projects” at The Edge Malaysia ­RealTalk 2022 forum.

Lau was joined in the session by JLL global residential agency senior negotiator Chong Shu Ling. Both explored the complexities, prospects and outlook of foreign investments.

“There’s been a pickup in activity … especially with the markets in the UK, Australia, Japan and Portugal recently. Nonetheless, with overseas investments, we believe that investors will have to take on a more median [long-term] approach,” said Lau.

“It is important to be clear in your objective and choose a bankable [overseas] asset. Are you purchasing for capital gains? For hedging, or for your own stay? The intentions have to be clear,” she said. “We emphasise the five ‘W’s and one ‘H’, which encompass why, what, where, when, which and how, in advising our clients on their overseas investments,” she stressed.

“There are plenty of reasons why local investors should look into investing overseas. It provides excellent asset diversification — the world is going through exciting yet volatile times — so investors may consider not putting all their eggs in one basket.

“The currency exchange increases returns (although some may be concerned about the hedge against the Malaysian ringgit). It is also an opportunity to invest in a strong currency, which will help hedge against current fluctuations [hence your investments may appreciate]. For example, the Japanese yen is currently at an all-time low. “Other reasons include children’s education accommodation [investors typically eye the UK or Australia]. Some of the capital appreciation of the investments [there] may even cover their tuition fees after several years. Another one is access to foreign currency financing.

“It also allows you to have access to bigger markets … Owning a property abroad means it is marketable everywhere; it will provide you with the opportunity to sell to other buyers, investors from international markets such as China, the UK and so on.

“Other than that, it is a way of legacy planning, and your investments can be utilised as a holiday home. Investing overseas is also a way of migration.”

Lau also addressed the risks that come with investing overseas. “The risks include the developers themselves, the countries’ respective political situations, rising interest rates and economic uncertainty. These factors are applicable to both local and foreign investments.

“Next is the challenge of logistics. There may be a perception that the investments are perhaps too far away and simply not a place you can visit easily but with the borders reopened, the perception is [perhaps] changing. Currency fluctuation is also another risk. “There is also the question of dealing with consultants or purchasing directly from the developers. Investors will have to decide whether [these parties] are trustworthy,” she added. “It is important to do [extensive] research especially with a place that you are unfamiliar with as there may be foreign restrictions, even changes in laws and regulations.”

“Every country is different. The transaction fees and processes may also be different, not to mention the foreign levies and taxes. For example, Malaysians who are interested in the Singapore property market would have to pay [double-digit] taxes to purchase the homes there,” noted Lau.

JLL highlighted the markets most favoured by Malaysian investors. “The popular ones would be the UK and Australia. Also gaining traction are Japan, Germany and Portugal,” said Chong.

“One of the most interesting markets is Portugal, as the country attracts tourists, businesses and retirement hubs. It is also known for providing the Golden Visa programme (for foreigners including Malaysians). The visa enables investors to study or work potentially within 26 countries in Europe. The hotspots in Portugal include Lisbon and Porto,” she said.

“In Germany, a foreign investor does not need to pay taxes after owning their property for 10 years, which makes it an attractive market, while having the largest economy in Europe. Berlin and Frankfurt are the top hotspots there,” said Chong. Japan is also popular with Malaysian investors. “Interestingly, there are no additional foreign taxes for foreign purchasers in Japan, and the taxes there are generally rather low, not to mention the yen is currently low. The country provides a five-year rental guarantee, and the hotspots include Tokyo and Osaka.

“Australia is another top destination for Malaysian investors, especially for education and migration. An important thing to note is that foreigners may only purchase new builds and may only sell to Australians or PRs (permanent residents) there,” said Chong.

She shares a tip for the Australian market. “It is good to buy in areas where the locals live [or frequent]. The hotspots there include Melbourne and Sydney.”

The UK remains as a top pick of local investors. “The UK is popular because there are no foreign restrictions, and you may sell the property at any given time before its completion as well. Malaysians are also entitled to tax relief there, and would be able to get loans where they need to service [only] the interest component and not the principal [for five years].

“London has remained a global financial centre for decades, and a hotspot, with its population projected to reach 9.8 million by 2043, and big companies such as Google, Apple, Amazon and Facebook choosing London as their main headquarters. Some 800,000 dwellers will have to find a place to stay there by 2043, and the supply is [limited]. The UK has a world-class education system, with top universities such as Imperial College, UCL and LSE.” Chong presented several case studies and a track record of investments in the UK. “For example, a client purchased a studio in East London in September 2013 for £270,000.

JLL highlighted London, Birmingham and Manchester in terms of sales and rental forecasts in the UK.

“Delivery of housing is consistently below the target, creating scarcity and supporting growth and prices. The main reason is because the UK is not building enough homes to meet the demand. In terms of sales forecast, London will be the best performing city over the next five years from now until 2026. With a price growth of 25.8% and 27% [respectively], Manchester and Birmingham are expected to do well, similar to London,” said Chong.

“Covid-19 is expected to continue to impact the global supply chain there. There will be strong rental growth across all three cities. With a strong level of tenant demand and limited supply, supported by strong growth, the rents are likely to rise,” added Chong. Japan, on the other hand, is gaining popularity and there is more activity in the local market due to its weak currency. “Condominium prices in Tokyo and Osaka are both experiencing steady growth every year; with a compound annual growth rate of above 6%.”

On Japan’s new condominium supply and price index for the (Tokyo 23 wards) city centre, Chong said: “Here is an example for Japan property. The units there start from ¥26 million, which is estimated at around RM834,000 onwards; the general loan margin is 65% to 70%, the interest rate is around 3.6% and in terms of payment, it is 10% down payment and 90% upon completion.”

Chong gave some examples to local investors who wish to jumpstart their foreign investment portfolio. “For the UK, the prices are from £250,000 to £15 million, so you have to have at least RM1.6 million onwards to invest in the market. Depending on areas, for example in Zone 2 [of London], the prices will start from £450,000. The loan margin is about 75% to 80% (via Malaysian or foreign banks), with an interest rate of between 4% and 5.5%.”

Meanwhile, members of the audience asked questions on threats that ranged from political stability and Brexit in the UK, to disasters in Japan. Chong observed: “The main reason why the UK housing market is easy to rent [out], with rental predicted to increase similarly with property prices, is due to the low supply against the high demand and likewise in Japan [despite threats and disruptors].”