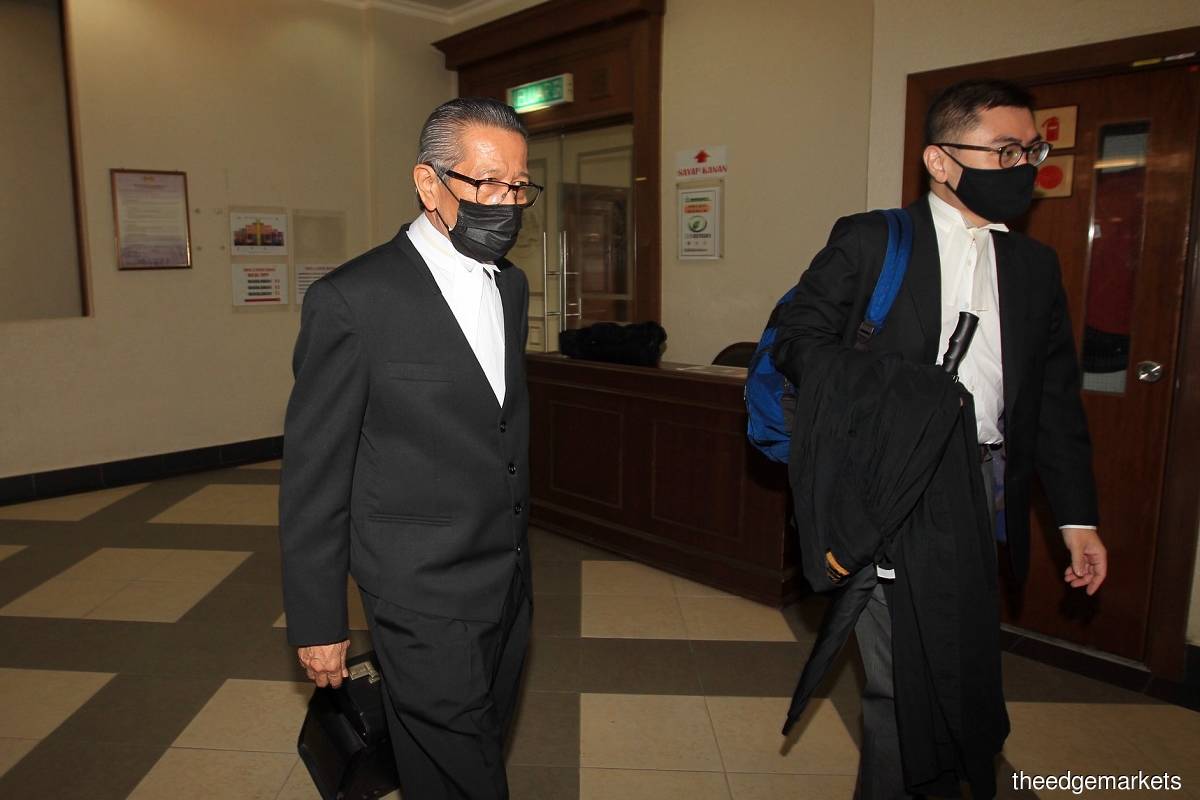 KUALA LUMPUR (Oct 1): A lawyer for a subsidiary of PetroSaudi International Ltd (PSI), PetroSaudi Oil Services (Venezuela) Ltd (Incorporated in Barbados) (PSOSL), informed the High Court here today that there had been some recent development with regard to Malaysia's prosecution application to forfeit US$340.26 million from the company.

Following this, its counsel Alex Tan informed Justice Mohd Nazlan Mohd Ghazali that they are applying for the hearing date — fixed for Monday (Oct 5) — to be vacated.

“There has been some development in the matter, and we may need time to review the matter and take further instructions. For this reason, we ask that the hearing date on Oct 5 be vacated,” he said.

Counsel Datuk Mohd Yusof Zainal Abiden, who appeared for Saudi national Tarek Obaid (the main defendant in the forfeiture suit who owns PSI and PSOSL), concurred and informed the court that they were heading for Putrajaya.

Deputy Public Prosecutors (DPPs) Budiman Lutfi Mohamed and Mohd Izzat Fauzan said a common date had been agreed upon by all parties for the replacement hearing date to be Nov 10.

Both Tan and Yusof concurred, resulting in Justice Nazlan fixing Nov 10 as the new hearing date for the forfeiture.

The judge also asked Tan and Yusof whether the court's prohibitory order against the moving of the funds had been complied with until the disposal of the hearing for the forfeiture. Both of them replied that the order is being respected.

Tan and Yusof, when met by reporters, kept mum and did not reveal “the said development” cited. It is understood that they were going for a meeting in Putrajaya.

Malaysian prosecutors had sought US$340.26 million from PSOSL in its first international forfeiture application, claimed to have originated from the problematic 1Malaysia Development Bhd (1MDB) fund in a joint venture with PSI to form 1MDB PetroSaudi Ltd in 2010.

They had named Tarek, PSI, PSOSL along with Clyde & Co based in the UK and Temple Fiduciary Services Ltd, which held the funds in an escrow account, as defendants in the action.

Malaysian Anti-Corruption Commission (MACC) investigating officer Mohd Afiq Abdul Aziz, in his affidavit in support of the forfeiture application, claimed that the disputed funds were from 1MDB-PetroSaudi Ltd in 2010, when 1MDB pumped in US$300 million to that company, of which US$185 million went to PSOSL.

Malaysian prosecutors claimed that Geh had acted fraudulently and hence, whatever PSOSL received should be given to 1MDB and the country.

Besides this, it was reported last Sept 17 that the US Department of Justice (DOJ) had also filed an application to seek US$300 million in additional assets allegedly associated with the multibillion-dollar 1MDB scandal, assets it had traced to the escrow account in the UK.

This led to MACC lawyers, led by Muhammad Nizamuddin Abdul Hamid — whose firm Messrs Zharif Nizamuddin was appointed by the graft agency last year to help oversee this action — to say that they are formulating advice and will seek directions as to the Malaysian government's stand on the matter.