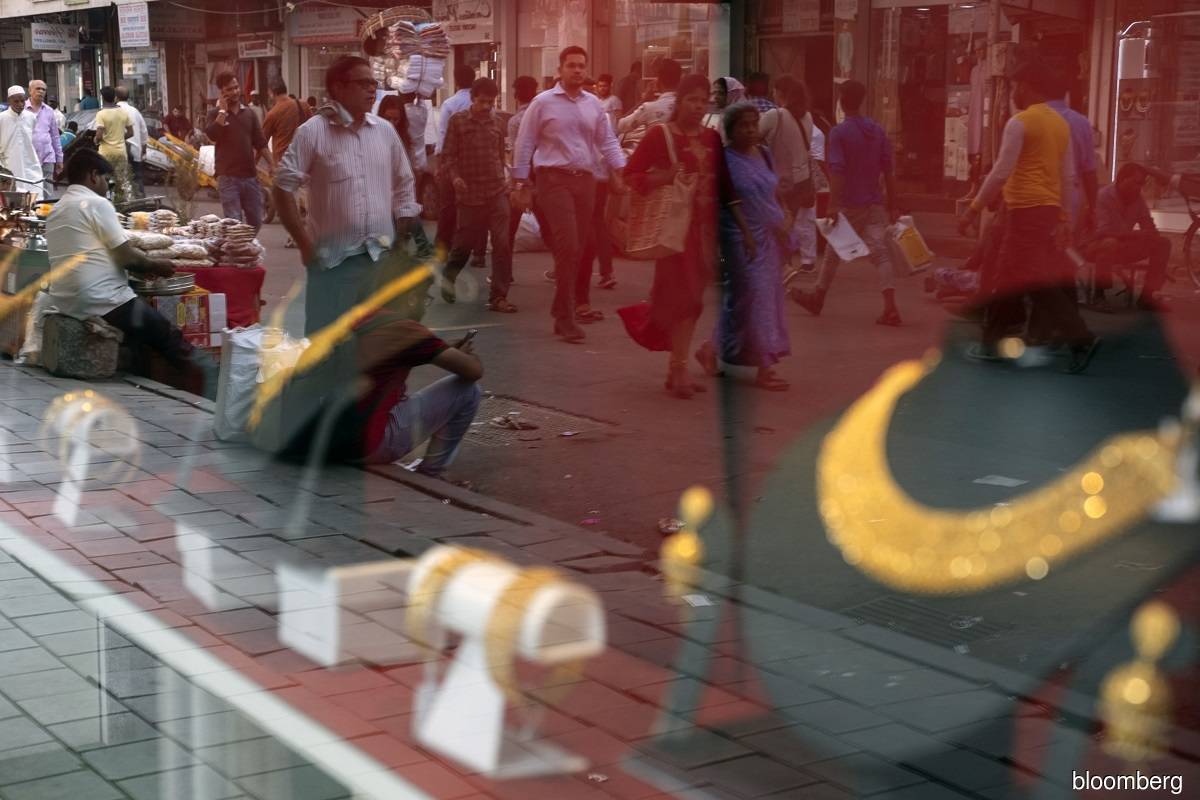 (July 1): India tightened exports of oil and imports of gold in an all-out effort to rein in a worsening deficit and a rupee that plunged to another record low Friday.

The administration raised import taxes on gold, while increasing levies on exports of gasoline and diesel as it sought to control a fast-widening current account gap. The measures sent Reliance Industries Ltd and other energy exporters tumbling, bringing down the benchmark index by as much as 1.7%. The currency fell again.

The rupee has tested a series of record lows, underscoring the economic challenges faced by Prime Minister Narendra Modi’s government as inflation accelerates and external finances worsen. The central bank has been battling to slow the currency’s decline, and runaway rupee depreciation will worsen price pressures, and may spur more rate hikes that weigh on growth.

The measures “aim to reduce the impending pressure on the current account deficit and thus the currency”, said Madhavi Arora, lead economist at Emkay Global Financial Services. “Complementary policy efforts from both fiscal and monetary side essentially reflects the looming pain on the balance of payments deficit this year.”

Policy makers in many emerging markets face stark choices as they battle soaring inflation and capital flight as the Federal Reserve tightens policy: raise rates and risk hurting growth, spend reserves that took years to build to defend currencies, or simply step away and let the market run its course.

While the Reserve Bank of India has been seeking to smooth out the rupee’s 6% decline this year, banks have reported dollar shortages as investors and companies rushed to swap the rupee for other assets or to pay for imports. The latest measures were spurred by a sudden surge of gold imports in May and June, the Finance Ministry said Friday. The government raised the import duty on gold to 12.5%, reversing a cut last year. The higher taxes on shipments of gasoline and diesel sent shares of Reliance Industries , a key exporter, down by as much as 8.9%.

India is the world’s second-biggest gold consumer and local futures rose as much as 3% in Mumbai, the biggest intraday jump in almost four months, due to the higher import costs.

Finance Minister Nirmala Sitharaman said on Friday that India is seeking to discourage gold imports as it helps preserve foreign exchange. She added “extraordinary times” require such measures including the imposition of a windfall tax on fuel exports.

“The challenges are emanating from the same source, which is higher commodity prices,” said Rahul Bajoria, senior economist, Barclays Bank Plc. “India can neither find supply onshore nor we will be able to cut back the consumption of oil. That makes the whole situation a lot more unpredictable both in terms of how this plays out and how long this continues for.”

For the broader fuel market, a drop in Indian exports could further tighten global markets that are grappling with reduced supply from Russia and rising post-pandemic demand.

And while investors have been put on watch over emerging-market stress by how Sri Lanka have struggled with a dollar crunch leading to hyperinflation, the RBI has close to US$600 billion of foreign-exchange reserves. But those reserves are depleting as the central bank steps up its fight to rein in the rupee amid capital outflows and a current account gap that is expected to double this year.

“Investors should expect the currency to still depreciate,” said Arvind Chari, chief investment officer at Quant Advisors Pvt. in Mumbai. “Will more taxes on exports impact corporate activity? Maybe not in the short term but it could in the medium to long term.”