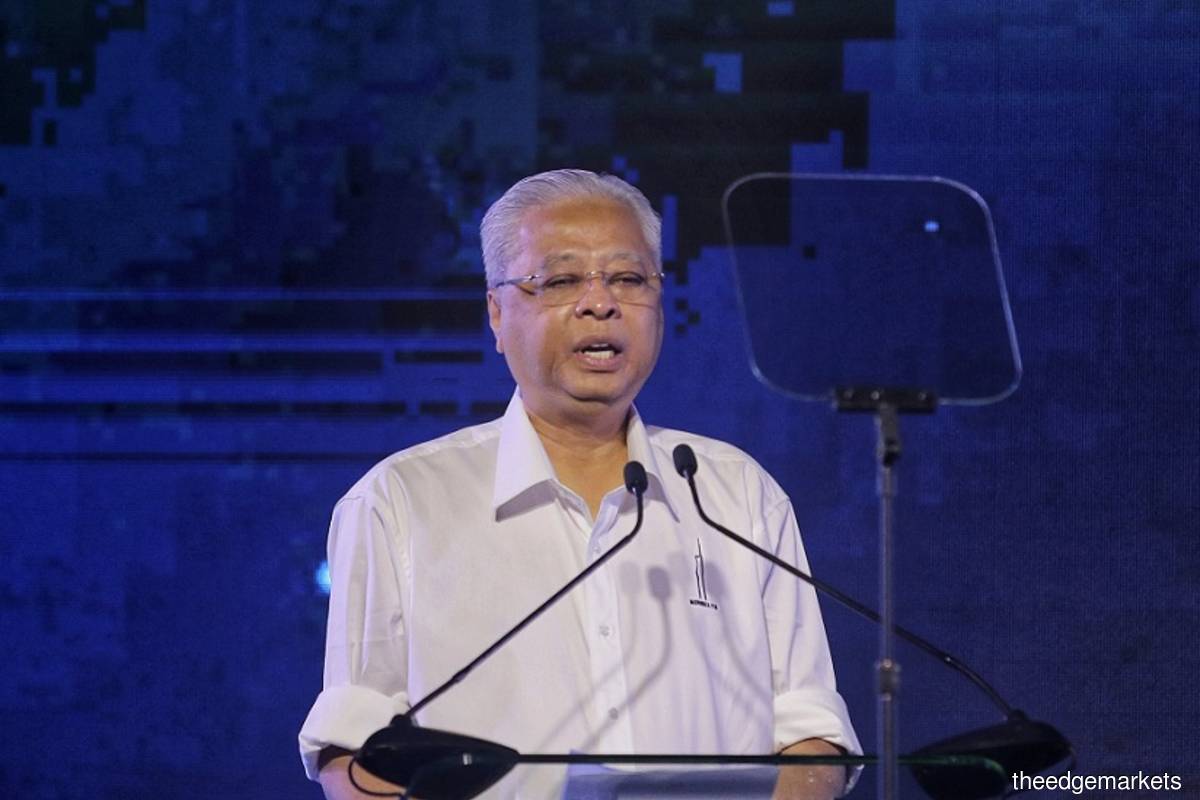 Speaking to reporters after officiating the World Environment Day celebration at Taman Tugu here on Sunday (June 5), Ismail Sabri cited the park, previously a well-maintained forest area, which was turned into a garbage dump by irresponsible parties.

“Therefore, laws related to the environment need to be expedited in an effort to ensure that there are no violation cases that could lead to environmental destruction.

“We have been talking about environmental law for a long time ... however, I have not been able to get comprehensive information. Insya-Allah, on Wednesday (in the Cabinet meeting) I will emphasise that this environmental law needs to be expedited, because we know a lot of encroachment and so on, occurs,” he said.

Ismail Sabri said apart from that, the people must continue to look after the environment, as the world was currently experiencing climate change and the effects had already been felt.

Elaborating further, the Prime Minister said the major floods which occurred previously could still also occur at any time due to climate change.

“As I mentioned, last year’s floods, for example, unexpected floods and even some areas were flooded even though they never experienced floods before. In the past, we could expect the Northeast Monsoon to occur in November, December and January, but now this happens regardless of the time.

“In Kuala Lumpur, there were flash floods. This shows that climate change has already started and in the next 10 years, we expect it to be even worse,” he said.

Earlier, Ismail Sabri, in his speech in conjunction with World Environment Day, themed “Only One Earth” , also once again explained the government's action plan and mitigation efforts for the short and long term in facing global climate change.

He said the government’s targets include increasing the share of renewable energy capacity to 31% and a recycling rate of 40% by 2025, besides maintaining at least 50% of the country's forest cover.

“The country's commitment through zero or low carbon investment and green technology is expected to attract investors to make Malaysia a green investment hub destination,” he said.

Ismail Sabri also appreciated the efforts of the local community who strive to develop their environment to be greener as done through the Kebun-kebun Bangsar and Kebun-kebun Kerinchi community projects in the capital.

“Interestingly, these vegetable gardens are managed using the communities’ own funds to educate and encourage public involvement with the crops also shared with the less fortunate.

“The concept of empowering the community is what I want to expand to realise the country's green agenda. Therefore, I want the relevant government agencies to help, especially to facilitate matters and provide the necessary assistance,” he said.

Meanwhile, the Prime Minister said the government had also given a mandate to a national public trust, Amanah Warisan Negara (AWAN), to preserve, manage and operate Taman Tugu.

He said that the implementation of the Taman Tugu project was aimed at creating a sustainable rainforest park in the city, as well as being a symbol of the commitment of all parties to safeguard and protect natural heritage treasures.

“I understand that the Taman Tugu secondary forest site, which was previously used as an illegal garbage dump, has been visited by more than 500,000 visitors after the conservation process and opening to the public in 2018,” he said.

Ismail Sabri also believes that more visitors will visit Taman Tugu to enjoy the beauty of its environment, as the country is currently in the transition to the endemic phase.