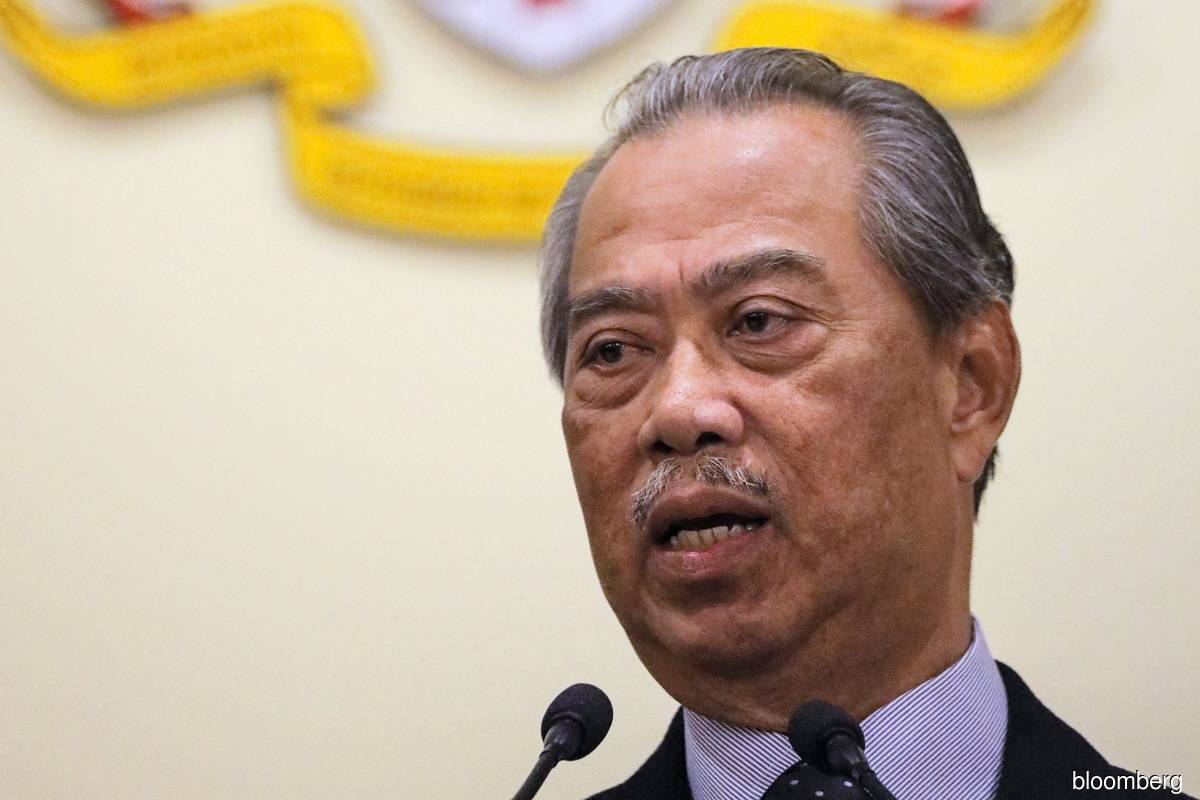 KUALA LUMPUR (Aug 4): Tan Sri Muhyiddin Yassin has claimed that the majority of Members of Parliament (MPs) still support him as the prime minister despite eight Umno MPs signing a letter of declaration to pull support from the Perikatan Nasional (PN) government.

In a live broadcast online today, Muhyiddin apologised for having to address allegations relating to the position of the PN government and his legitimacy as the premier amid the Covid-19 pandemic, and said that the current political turmoil was purposely triggered by certain parties who were taking advantage of the challenging situation.

He said he has had an audience with Yang di-Pertuan Agong Al-Sultan Abdullah Ri'ayatuddin Al-Mustafa Billah Shah at 11am this morning, and informed the King he had also received declarations of support from MPs that signified he still had majority support.

He added that this will confirm his position as the prime minister and PN as the ruling government lawfully and constitutionally.

In the meantime, the Cabinet of ministers and administrative machinery will continue to function as usual to carry out their duties to the nation and the people, especially in addressing the Covid-19 pandemic.

He gave his assurance that the vaccination programme will continue without disruption.

On “certain parties” that have been agitating the political situation, Muhyiddin said he knows that “they are not happy with my insistence on not entertaining some of their demands”.

“This includes urging me to intervene in court affairs to acquit several individuals who are being prosecuted for criminal offences.

“I have also been accused of disobeying the King, although what I have done is merely to preserve the supremacy of the Constitution and defend the dignity of the institution of the constitutional monarch,” he said, adding that he will not sacrifice his principles and renounce his oath of office.

Today, Ahmad Zahid refuted Muhyiddin's claims that he commanded support from the majority of lawmakers, saying that Perikatan Nasional only had the backing of 114 MPs prior to the withdrawal of Umno.

He added that he had delivered to the palace an unspecified number of additional statutory declarations from MPs who have retracted their support for the premier, on top of the eight declarations sent on July 30.

The Umno president also called for a special sitting of Parliament to be held immediately to determine if Muhyiddin still had the majority support among the MPs.

Meanwhile, Opposition parties Pakatan Harapan, UPKO, Parti Sarawak Bersatu and independent lawmaker Maszlee Malik issued a joint statement saying they reject Muhyiddin's leadership and claimed it was impossible that he had the majority of MPs on his side after Umno said some of its lawmakers had withdrawn their support.

They also reiterated that the Prime Minister and his Cabinet should all resign.