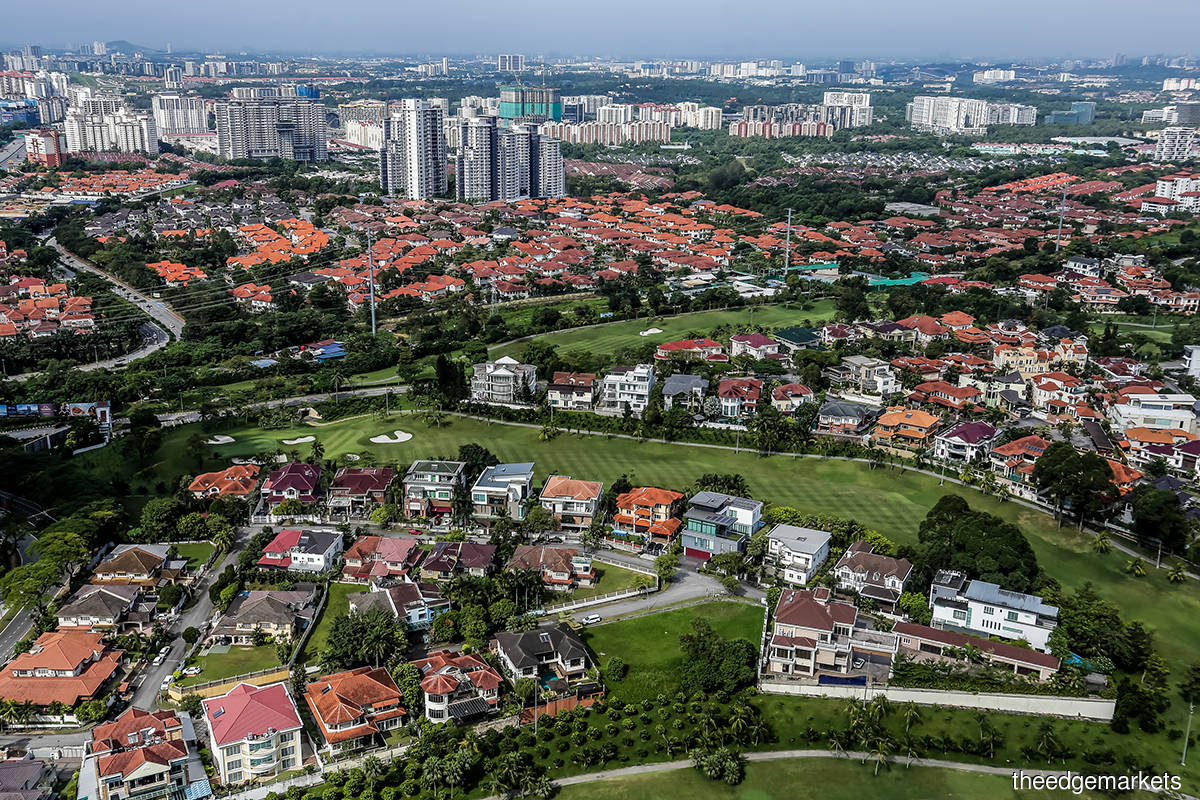 KUALA LUMPUR (Sept 15): The property market is expected to be on the recovery path in line with the gradual economic recovery, supported by the implementation of various government initiatives and assistance, said the National Property Information Centre (NAPIC).

It said the property market performance recorded a significant increase in the first half of 2021 (1H21) compared with in the same period last year.

In the Malaysia Property Market Report for 1H21 released today, it said a total of 139,754 transactions worth RM62.01 billion were recorded, showing an increase of 21% in volume and 32.1% in value compared with 1H20.

Volume of transactions across the sub-sectors showed upward movements, it said with residential, commercial, industrial, agriculture, and development land sub-sectors recorded year-on-year growth of 22.2%, 28.5%, 29.4%, 13.9%, and 21.3% respectively.

In terms of value of transactions, it also moved in tandem with residential, commercial, industrial, agriculture, and development land sub-sectors recording growth of 34.7%, 28.4%, 19.8%, 33.1%, and 40.6% respectively, said NAPIC.

"The improvement in sales performance probably attributed to various measures by the government such as incentives of the Home Ownership Campaign, reintroduced from June 1, 2020 to Dec 31, 2021 and low overnight policy rate," it noted.

By property type, it said terraced houses dominated the new launches with single-storey units (2,624) and two- to three-storey units (5,455) together contributing to 48.5% of the total units, followed by condominium or apartment units at 41.4% (6,893).

According to the report, the residential overhang exhibited a moderated growth with a total of 31,112 overhang units worth RM20.09 billion recorded, showing an increase of 5.2% and 6.2% in volume and value respectively against the preceding half.

In terms of construction activity, NAPIC noted that it recorded an increase in completion, starts, and new planned supply, with each up by 8.7%, 35.3%, and 36% respectively compared with in the same period last year.

However, the Malaysian House Price Index (MHPI) saw an unprecedented negative growth in the second quarter of 2021 after a series of slow price growth since 2018, when it stood at 197.9 points, down by 1.2% year-on-year while on quarterly movements MHPI saw a decline of 1.6%.

For commercial property, NAPIC stated that there were 10,433 transactions worth RM10.93 billion recorded, up by 28.5% in volume and 28.4% in value compared with in the same period last year and all states and federal territories recorded more market activities in the review period except for WP Putrajaya and Pahang.

The report showed the serviced apartment sub-sector recorded 1,912 transactions worth RM1.21 billion, forming 18.3% of the commercial property transaction volume and 11% of the value.

On the other hand, the serviced apartment sub-sector recorded 24,064 overhang units with a value of RM20.41 billion, indicating a marginal increase of 1.9% in volume, but value declined by 10.2% compared with in the preceding half.

Meanwhile, the unsold under construction recorded 42,358 units, increasing by 20.1%, it showed.

On the performances of shopping complexes, it said the segment moderated in 1H21, with the national occupancy rate seeing a slight decline of 76.6% compared with 1H20's 78.6%.

Kuala Lumpur and Selangor recorded 81.6% and 78.8% occupancy rates, respectively, whereas Johor and Pulau Pinang managed to secure average occupancy of 73.4% and 72.2% respectively, it said.

As of the purpose-built office space, it said the overall performance decreased to 78.5%, slightly lower than in 1H20 (80.6%) with the occupancy rate for private office buildings declining further to 71.7%, down from the 74.3% recorded in 1H20.

Pulau Pinang secured a higher occupancy rate of 85.3% while Kuala Lumpur, Selangor, and Johor recorded lower-than-national level at 73.8%, 68.4%, and 72.75%, respectively, the report said.