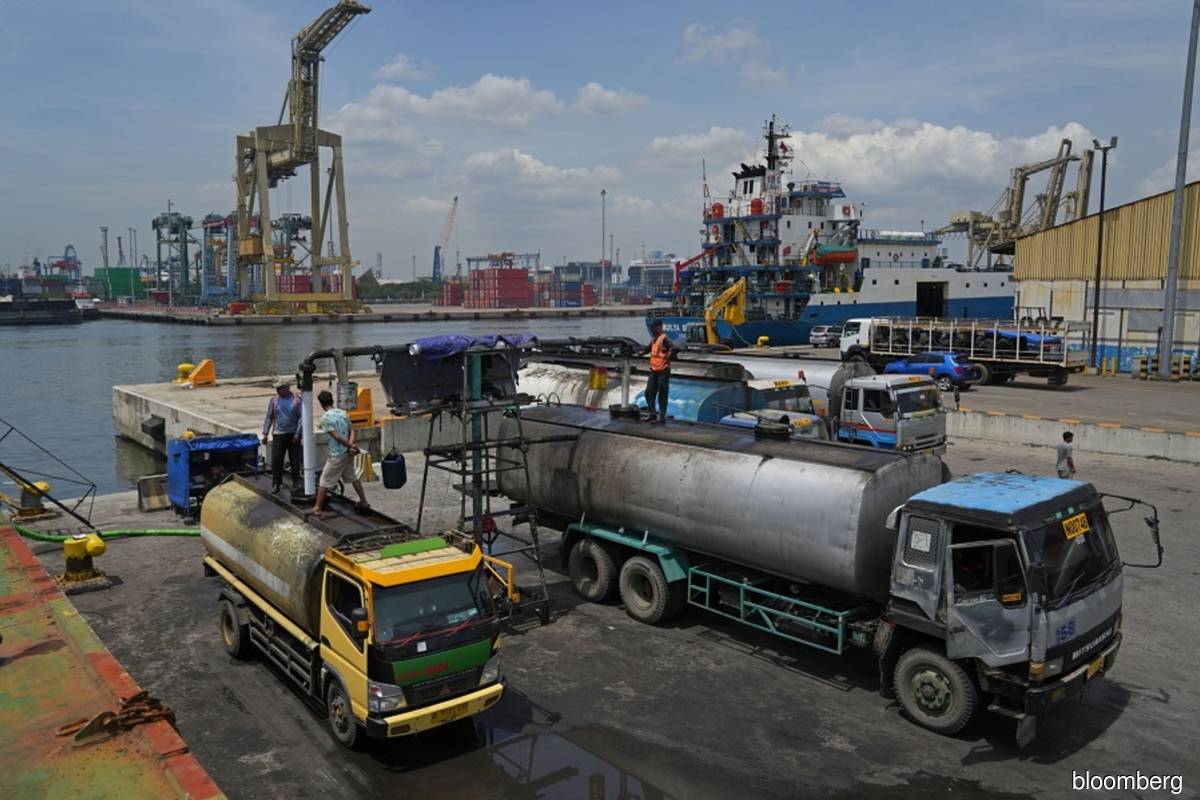 The trucks were stuck for days as storage space for palm oil neared capacity and, with local crop prices slumping by 70%, farmers took to the streets to demand a policy change.

President Joko Widodo has now agreed to lift the export ban, despite a bid to flood the local market with palm oil failing to bring down the price of cooking oil to a government target.

"Ultimately, an increasing realisation that the export ban was starting to hurt palm oil producers without benefiting the end-consumers all that much prompted the reversal," Wellian Wiranto, an economist at OCBC Bank in Singapore, said in a note.

A palm oil farmer in West Sulawesi told Reuters that trucks in his area had been stuck for days as farmers desperate to try to limit losses bypassed agents and offloaded their crop.

"But the mill is prioritising their partners, so the number of non-partner farmers is rising and waiting in a long queue," said Irfan, who uses one name.

The pain caused to farmers comes after a string of policy changes aimed at containing the soaring price of palm oil, a staple for Indonesian families.

Jokowi, as the president is known, imposed the export ban, saying a need for affordable food trumped revenue concerns.

The president then justified ending the export ban by arguing cooking oil prices were expected to come down in coming weeks. On Friday, his government unsettled markets again by announcing a domestic sales requirement to ensure supply at home.

The cost of the export ban was estimated by the government at US$400 million a month in lost state revenue, but there are also questions over longer-term damage in the eyes of Indonesia's trading partners.

India, the world's biggest buyer of palm oil, previously bought two thirds of its supplies from Indonesia but has started to buy more from Malaysia and Thailand.

"We incurred losses this month as Indonesian shipments couldn't land because of the ban. We bought from other suppliers at a higher price," said a Mumbai-based palm oil buyer.

"Indonesia was our biggest supplier with a market share of more than 80%. But we will bring down reliance even if Indonesia removes all the restrictions," said the Dhaka-based refiner.

Pakistan, another big buyer, was also looking to balance out it suppliers, including from the world's second-biggest producer, Malaysia.

"Pakistan would love to buy more from Malaysia, but they don't have enough stocks," said Rasheed JanMohd, chairman of the Pakistan Edible oil Refiners Association.

Malaysia's Plantation Industries and Commodities Minister Zuraida Kamaruddin said in a May 10 interview that some importing countries had sought to increase supplies of Malaysian palm oil.

Still, Julian McGill, head of South East Asia at LMC International, said importers were unlikely to cut themselves off from Indonesia.

"When Indonesia re-enters the market, as a distress seller of the large stocks that have accumulated during the export ban, they should find plenty of buyers," he said.