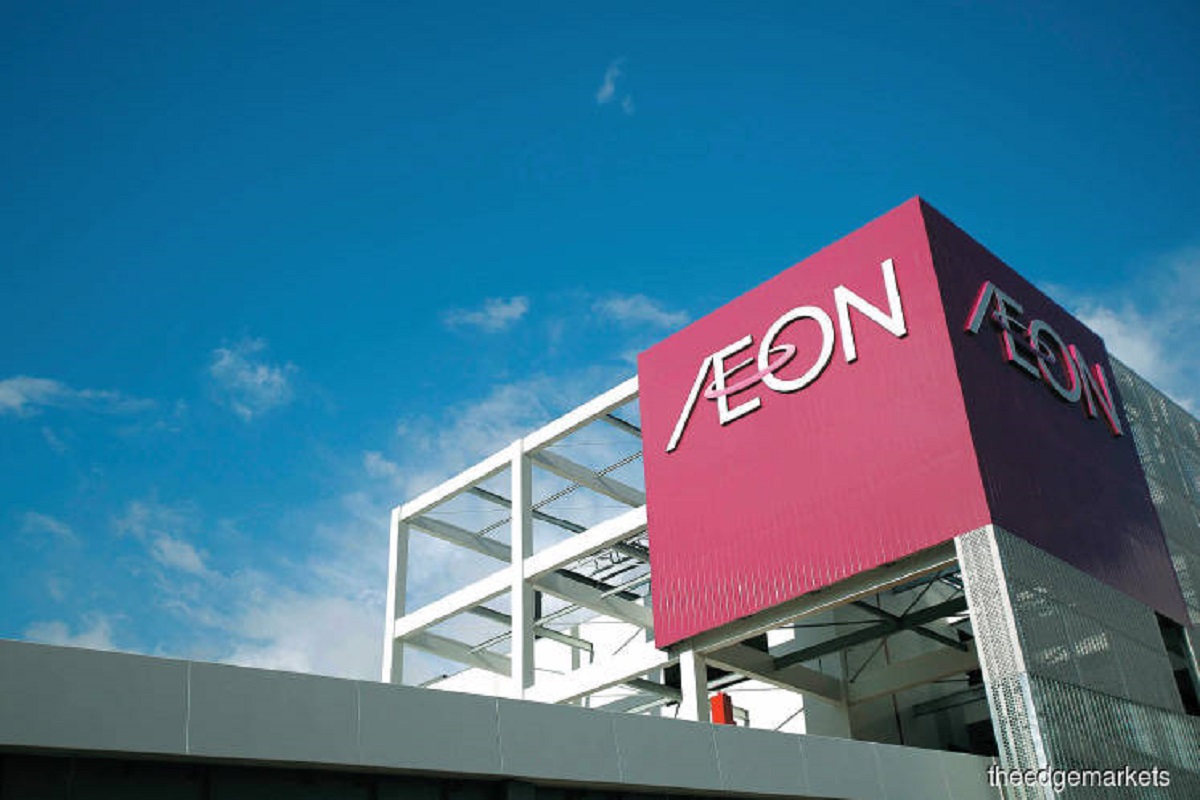 KUALA LUMPUR (May 19): Local research houses revised up their respective target prices (TPs) for AEON Co (M) Bhd while maintaining their "buy" calls on the stock as the retailer reported a growth in its net profit for the first quarter ended March 31 (1QFY22).

MIDF Research revised its TP for AEON to RM1.79 from RM1.74 previously premised on the group's effective business strategies and cost restructuring structure. It maintained its "buy" call on the stock.

MIDF also estimated future earnings to remain unchanged, in view of improved consumer sentiment and AEON’s position as a beneficiary of the economic recovery.

“We think that the group has an advantage as a retailer and asset owner at the same time while being backed by AEON Co Ltd.

“We expect AEON Co’s prospects to improve from FY22 onwards, in line with the reopening of businesses and social activities, coupled with the group’s online merge offline (OMO) strategy and initiatives to accelerate the digital shift myaeon2go,” it shared in a Thursday (May 19) note.

Kenanga Research also revised its TP for AEON, raising it to RM1.85 from RM1.70, as it rolled over its valuation to FY23E PER of 21 times, implying 0.5SD below its five-year mean. The research house believes this is justified based on slower recovery in the retail business segment, as a shift in consumers’ behaviour would likely affect sales.

“We expect earnings recovery to sustain on the reopened borders and activities in the subsequent quarters, underpinned by the pent-up demand and increased retail footfall from incoming festivities.

“We believe that management will continue to improve its digital transformation to secure its online presence.

“The group launched the #AEONHargaJamin campaign to protect and give price guarantees to its customers against inflation pressure, and we believe the campaign will likely continue in June 2022 after the first batch of campaigns ends in May 2022,” Kenanga Research noted on Thursday, maintaining its "outperform" call on the stock.

“We are confident in the group’s agile approach in adapting through with changes in marketing mechanics and sustainable cost reduction structures which would provide support to margins moving forward,” it said in a Thursday report.

HLIB opined that subsequent quarters would chalk in improvement leveraging full reopening of the economy and implementation of minimum wage increase that would boost the consumer disposable income.

“To capture the consumer spending in the coming months, the group has laid out a strategy to accelerate and evolve its digital shift especially to grow adoption of myaeon2go and integrating both online and offline shopping engagements with AEON Living Zone.

“It also plans to ramp up offering related to health and wellness, and deepening its customer experience via Aeon loyalty programme and iAeon app,” the research house added.

On Wednesday, AEON announced that its net profit grew 27.4% in 1QFY22 to RM28.06 million from RM22.03 million in the same period last year, contributed by improved retail margins plus higher impairment of trade receivables in the corresponding quarter.

Quarterly revenue was marginally lower at RM1 billion versus RM1.01 billion due to lower contribution from its retail business segment.

At the time of writing on Thursday, shares in AEON traded six sen or 3.61% lower to RM1.60, valuing the retailer at RM2.25 billion.