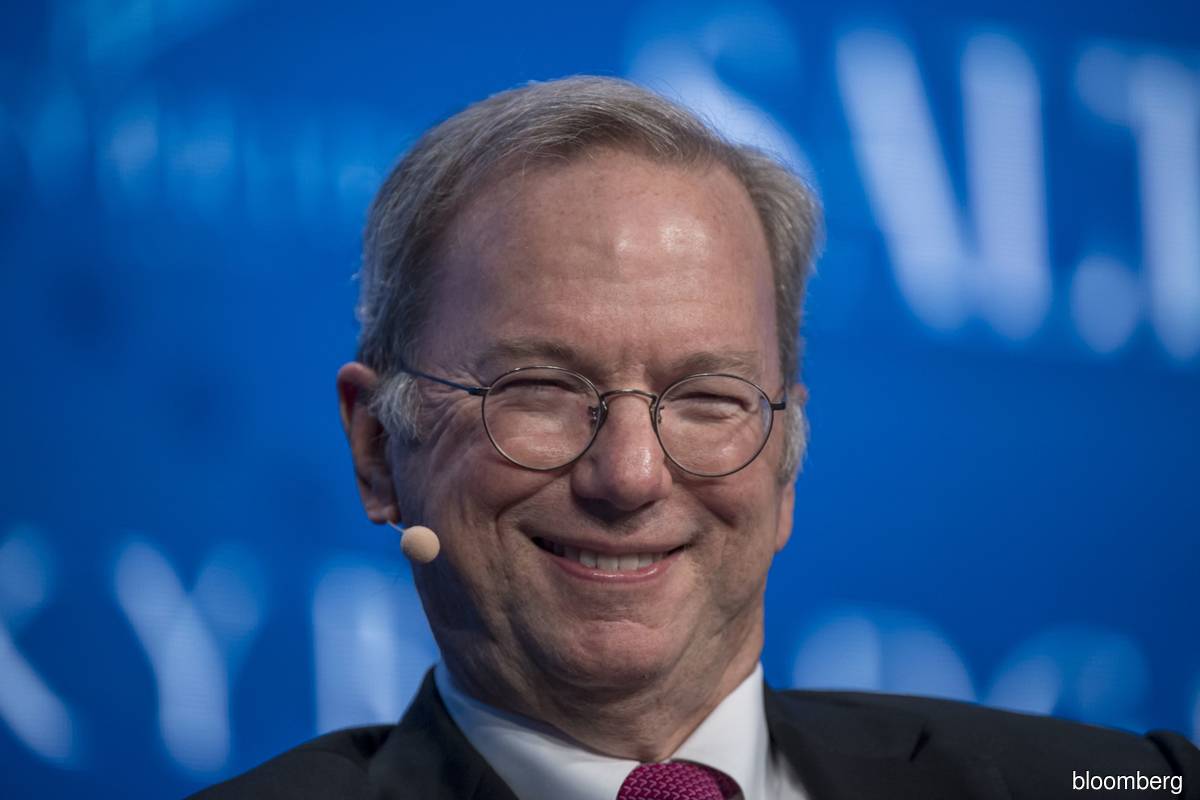 The benefits of owning a second passport, which range from potentially lower taxes, to more investing freedoms and less hassle traveling.

LONDON/NEW YORK (Nov 24): Eric Schmidt (pictured) acquired all the typical trappings of a mega-rich US citizen: a superyacht, a Gulfstream jet, a Manhattan penthouse.

One of his newest assets is far less conventional: a second passport.

Alphabet Inc’s former chief executive officer applied to become a citizen of Cyprus, according to an announcement last month in a Cypriot newspaper that was first reported by the website Recode. Schmidt, 65, joins a growing club of individuals participating in government programs enabling foreigners to acquire passports.

In previous years, US citizens rarely sought to buy so-called golden passports. The business mainly thrived targeting people from countries with fewer travel freedoms than the US, such as China, Nigeria or Pakistan.

But that’s changing. People close to the industry say they’ve been inundated with inquiries from citizens of the world’s richest country.

“We haven’t seen the likes of this before,” said Paddy Blewer, a London-based director at citizenship and residency-advisory firm Henley & Partners, referring to queries from US individuals. “The dam actually burst — and we didn’t realize it — at the end of last year, and it’s just continued getting stronger.”

Representatives for Schmidt — who is worth US$19 billion according to the Bloomberg Billionaires Index — didn’t respond to requests for comment.

The benefits of owning a second passport, which range from potentially lower taxes, to more investing freedoms and less hassle traveling, can be had for as little as US$100,000. The so-called citizenship-by-investment programs haven’t historically been as popular with Americans since one of their main draws — the favourable tax regimes of adopted countries — has been of little benefit to citizens of the US, one of the few nations
to tax its people regardless of where they live.

The current heightened interest among US citizens predates the coronavirus pandemic, but the crisis has helped turbo-charge demand as they plan for how to maintain some freedom of movement with lockdown measures increasing, amid a swelling second wave of Covid-19 cases.

“Americans are thinking: ‘I want to have that ability to move as quickly as possible and not be stuck,’” said Nestor Alfred, chief executive officer of St. Lucia’s citizenship-by-investment unit.

The US elections have also stoked interest. While Joe Biden has rejected the wealth tax pushed by some of his Democratic primary rivals, his proposals could disrupt the ways that many Americans minimize — or altogether avoid — taxes on their investment gains. Some have also looked to get an additional passport due to fears of social unrest, according to citizenship advisory firm Apex Capital Partners, which said inquiries from clients — typically about five a year — have increased 650% since this month’s vote.

“We’re seeing this interest from Americans who are all saying the same things that Chinese, or Middle Eastern or Russian clients are saying,” Apex founder Nuri Katz said in an interview. “They’re saying, ‘We’re not leaving the US right now, but we’re concerned and we want to have something else, just in case.’”

St. Kitt’s was the first country to introduce a citizenship-by-investment program in the early 1980s, and more than half-a-dozen nations have since done the same. In many cases, they’ve proved lucrative. Malta raised almost US$1 billion through June 2019, after launching its program last decade, while the Caribbean territory of Dominica has raised more than US$350 million in the past five years.

The industry has generated plenty of consternation for effectively turning citizenship — usually obtained from birthplace or heritage — into something that can be purchased.

It has also attracted scandal. Fugitive Malaysian financier Jho Low was among 26 individuals to lose their Cyprus citizenship last year. The speaker of the Cypriot House of Parliament, Demetris Syllouris, resigned last month after offering to help a Chinese businessman with a criminal record get citizenship.

Following the scandal, Cyprus said it would end its current passport-for-investment program on Nov 1. The European Union, meanwhile, issued legal ultimatums to Malta and Cyprus about their citizenship-by-investment programs, claiming they may have violated the EU law. Representatives for Malta’s government, which announced plans to revise its program before the EU’s action, didn’t respond to requests for comment.

It’s unclear whether interest among Americans in reducing exposure to their home country will endure when the pandemic and post-election uncertainty have abated.

After an election, “we always have an uptick in emotion,” said Sherwin Simmons, principal at tax advisory firm Asgard Worldwide, adding he’s recently fielded increased inquiries from wealthy clients about renouncing US citizenship, a complex process that involves a steep exit tax.

He reminds clients that politicians “have talking points. Once they’re elected, let’s wait and see before we make an immediate or emotional reaction.”