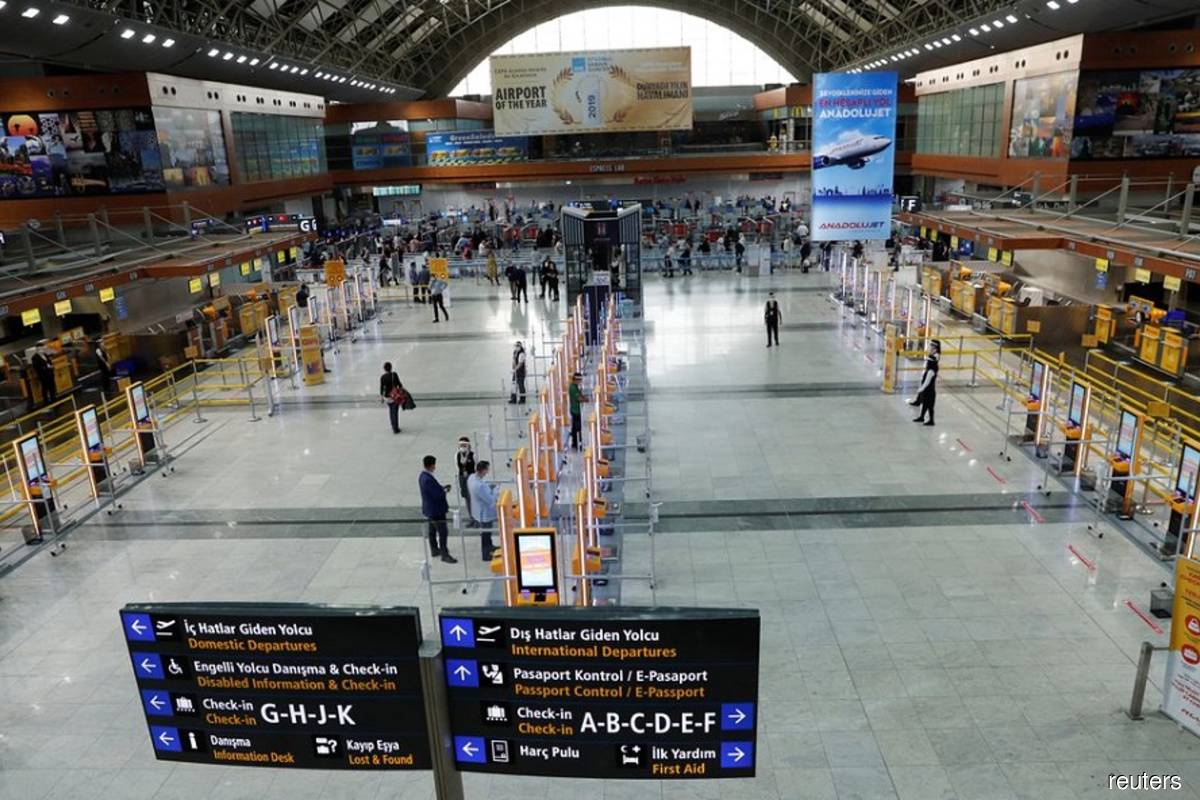 ISTANBUL (June 14): The operator of Istanbul's second-largest airport Sabiha Gokcen is seeking relief from its current contract after the pandemic hit and is close to reaching a deal with the Turkish government, a top company official said.

ISG, the operator, is fully owned by Malaysia Airports Holdings and has a 20-year contract with the government to run Sabiha Gokcen airport until 2034. The contract was worth 1.93 billion euros (US$2.01 billion).

"We are discussing with the government some forms of relief due to the pandemic," Mohammad Nazli Abdul Aziz, executive director of the operator, ISG, told Reuters.

"We have been getting a very good response and cooperation. And we're happy to note that the government takes care of our concern very well," he said in an interview.

ISG's discussions with the government's Presidency of Defence Industries revolve around securing benefits that other airports received to recover from the Covid-19 pandemic. Most of the country's other airports operate under a different authority, which has already secured relief packages.

Possible relief may include an extension of the agreement, a revision in payments and a rebate, Abdul Aziz said.

"These are the same relief (packages) that have been accorded to other airports in Turkey during the pandemic. Every airport has a different agreement with the government," he said.

Abdul Aziz said the pandemic cut passengers to about half of its 35.5 million in 2019, but added that May numbers show it is finally back on track and recovering toward those levels this year.

Asked whether the Malaysian parent company is searching for a potential partner for ISG, Abdul Aziz said such an option is "always on the table" but not a top priority for now.

"Post pandemic, the industry will be restructuring. Definitely. It's not just happening to us, it's happening to everybody," he said.