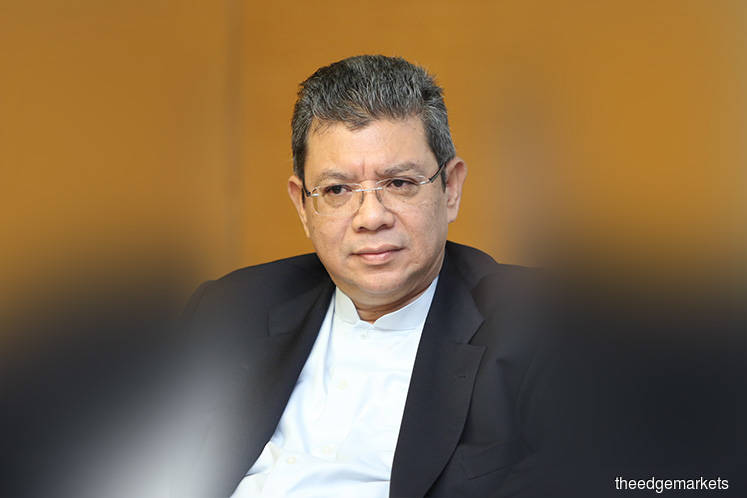 KUALA LUMPUR (May 19): The government has given the green light for the filming industry to resume its activities after Hari Raya Aidilfitri, said Communications and Multimedia Minister Datuk Saifuddin Abdullah.

He said the approval was given during the National Security Council meeting this morning.

"Last week, after consultation with various associations, we presented to the ministers' meeting on  Covid-19, where almost half of the Cabinet members were in the meeting.

"We presented the application to allow filmmakers either to shoot drama, documentary or advertisement to be allowed to do their shootings.

“So now, they are allowed to do their shootings with a strict standard operating procedure (SOP), beginning after Hari Raya,” he said during the Harith Iskander Stay Home Live Facebook Episode entitled 'The Future of Live Entertainment’ Post-Conditional Movement Control Order (CMCO) tonight.

It was reported that the government will examine in detail the proposed SOP for the advertising film industry before reaching a decision, as it was submitted by the Communications and Multimedia Ministry at a special ministerial committee meeting on the Movement Control Order (MCO) last Tuesday.

Senior Minister (Security Cluster) Datuk Seri Ismail Sabri Yaakob was quoted as saying that there are usually cases where there is no social distancing during the filming process.

Meanwhile, touching on the approval or clearance to perform a live programme, Saifuddin said this matter is still under discussion and waiting for approval from the NSC committee meeting.

He pointed out that the industry players were asking for guidance and permission from the authority, before they can resume their live performance.

“For now they (the committee) are saying they need to do assessment for a bigger number of people, in a hall, or places where people meet to watch movie or show.

“We have not got the decision but we have made our case that at least as soon as possible we need to have an indication on when the live event will be allowed. At least they need three months of preparation after the clearance. We have made the representation and now we must wait for the committee to make their decision,” he added.

Saifuddin also said he will meet the industry players including Harith Iskander at his office on Thursday to have a better understanding of the live programme operation and its production.

#dudukrumahdiamdiam and get the news at theedgemarkets.com.