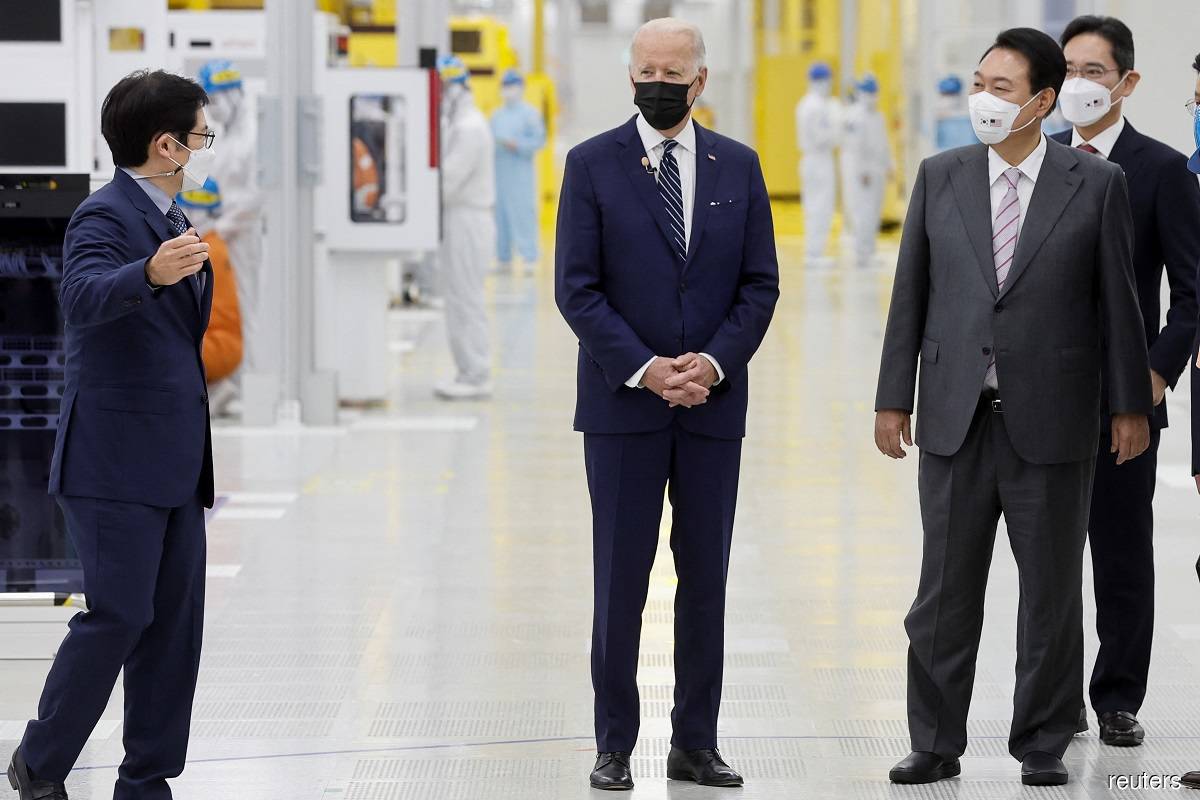 Lee was seen accompanying Biden and South Korean President Yoon Suk-yeol as the two heads of state met at the world's largest semiconductor plant in the city of Pyeongtaek about 50 kilometres from Seoul.

It was Lee's highest-profile public appearance since he was released on parole in August last year following a bribery conviction.

Samsung's chip production complex in Pyeongtaek, spanning 2.89 million square metres or the size of 400 football fields, has two production lines for DRAM and NAND flash memory chips as well as chip contract manufacturing, and a third line to be completed this year.

More lines are planned, according to chip industry sources.

The third production line — called P3 — which Biden toured, will be the largest of the three and expected to produce 14-nanometre DRAM chips used in servers and tech devices as well as 5-nanometre logic chips.

Lee was seen explaining the site to US Secretary of Commerce Gina Raimondo and looking on as Biden was briefed by employees wearing blue protective gear on the factory floor, live footage showed.

Since Lee was freed on parole, Samsung has made major moves such as choosing Taylor, Texas as the US location of its new US$17 billion chip plant, merging its mobile and consumer electronics divisions and naming new co-chief executive officers in its biggest reshuffle since 2017.

Lee's absence from court is a rare occurrence. For over a year, he has attended all hearings of a separate trial where he is accused of accounting fraud related to the US$8 billion merger of two Samsung firms in 2015, court records showed.

Although the defendant's attendance is required as a rule to ensure his right to defend, the Seoul Central District Court granted Lee's request to not attend Friday's hearing as witnesses' testimony can be recorded, the court spokesperson said.