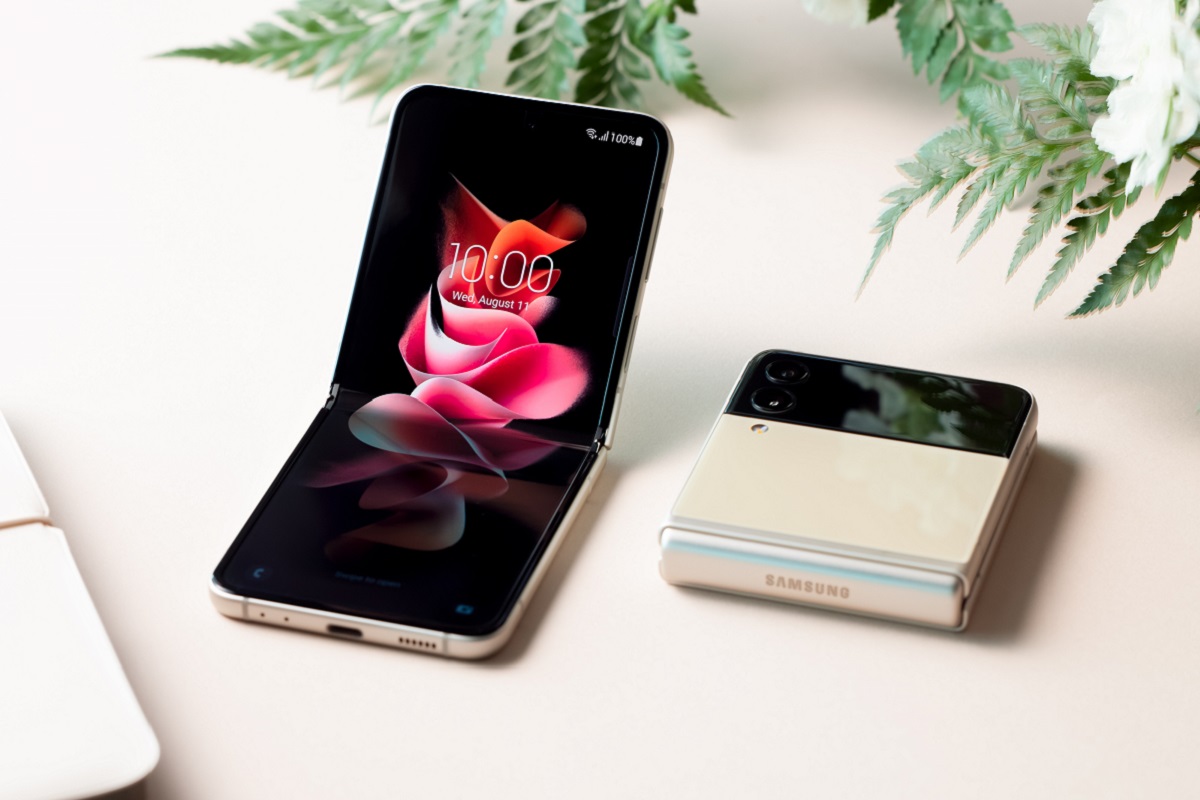 Samsung’s foldable phones promised portability with display screens that can expand, while the devices themselves stay manageable in size. Gadget experts predicted that their hefty price tags would have sheared away the enthusiasm of regular consumers, especially during the pandemic. Yet, buyers continued to be wooed by the enthralling flip and fold function of a smartphone, so much so that the South Korean electronics conglomerate launched the snazzier, third generation of them.

First things first, the much-demanded upgrade of the Note line will not take place this year. Instead, new owners of the Z Fold3 will gain access to the Note’s exclusive S Pen features. The all-time, fan-favourite stylus for the Z Fold3 comes in two iterations: the S Pen Fold Edition and S Pen Pro, both featuring a specially engineered retractable Pro tip with force limit technology to protect the device’s main screen. Taking notes and sending messages, thanks to the Pen’s lower latency for true-to-life composition, have never been more intuitive.

A stark departure from its inauspicious debut, the headliner of this year’s Unpacked has been refined to include a 7.6in QXGA+ Dynamic AMOLED Infinity Flex Display and a larger 6.2in HD+ Dynamic AMOLED Cover Screen built for quick use on the go. Those familiar with the Flex Mode may already be well-versed with its superior multitasking capabilities — now, they can also create a shortcut and reopen apps in the same way later thanks to an enhanced App Air. If you need to toggle between apps, just hit the new Taskbar without returning to the Home screen.

Powered by Snapdragon 888 processor, the Z Fold3 comes with 12-megapixel rear triple cameras: ultra-wide, wide-angle and telephoto. If the idea of a broken canvas has always hindered your ideal theatre-like viewing experience, a new 4-megapixel Under Display camera technology ensures an uninterrupted session with an increased viewable area. Moreover, a 120Hz adaptive refresh rate on both the main and cover screens allows smoother scrolling and quick device interaction. If you have taken a fancy to the previous Fold models, the sleeker and lighter design of the Z Fold3 is about to enchant you even more with three timeless colours: Phantom Black, Phantom Green and Phantom Silver.

On the flip side of things, Samsung’s collapsible ‘clamshell’ smartphone still measures up to a modern flagship phone, with additional features to boot. Noticeable improvements include a redesigned 1.9in Super AMOLED Cover Screen that is now four times larger, making it easier to view notifications and messages without having to open the device, as well as a 12-megapixel rear dual camera and 10-megapixel front camera. Keep track of your schedule, the weather and even your daily step count with new widgets, or coordinate the cover screen wallpaper with your Galaxy Watch4 or Galaxy Watch4 Classic for a matching look. But, more on the newly introduced wearables later.

Ardent audiophiles will be pleased with Z Flip3’s upgraded stereo speakers with Dolby Atmos as you will be immersed with incredible clarity, depth and spatial effects when you tune into your favourite playlists. Even when the device is partially folded, the Flex Mode Panel draws up a convenient viewing experience by moving the video to the top half of the screen and the show’s controls — like brightness and volume — to the bottom half.

Samsung may be credited for inventing nifty tech under the hood, but its slew of colourful accessories are responsible for turning a smartphone into a personal fashion statement too. Sporting four trendy colours aside (Cream, Green, Lavender and Phantom Black), the Z Flip3 comes with stylish ring grips and strap cases that make it easier to hold. For more colour options that will fit your personality, samsung.com carries exclusive colours such as Gray, Pink and White.

Built to last, this generation of Galaxy Z devices has been equipped with IPX8 water resistance and new Armor Aluminum — the strongest aluminium ever used on a Galaxy smartphone — along with the toughest Corning Gorilla Glass Victus to protect against dreaded scratches and accidental drops. Now that both devices are included with a new protective film made of stretchable PET, you will never have to handle them in a perpetual state of anxiety.

Just as capable as its flagship cousins, Samsung foldables continue to flaunt the dual capability of being a smartphone and a mini desktop, especially when the brand has collaborated with Google, Microsoft and more, to boost productivity and ease you further into your work-from-home routine. Samsung is one to heed the calls of its stable of fans, who have clamoured for better sound quality and comfortable fit for its wireless earbuds. The convenience of being cable-free with a noise-cancelling function is already a given, but the new Galaxy Buds2 has dynamic two-way speakers that deliver crisp, clear high notes and deep bass. Boasting an iconic curved shape, these buds are even smarter — your voice will be clearer on calls as the machine learning-based solution filters out a variety of distracting background noises.

The smallest and lightest variation from the Samsung earbud line-up yet, the Buds2 — available in Graphite, White, Olive and Lavender — also allows you to show off your personal style with third-party accessory cases. Touting multitasking dexterity aside, it is obvious that Samsung has put in the miles and sweat to design a slew of fitness wearables that offers more than just a detailed readout of basic heart rates and calorie intake. The Watch4 and Watch4 Classic are wrist powerhouses with a robust suite of health features, for example the all-new Body Composition measurement gives a better understanding of your skeletal muscle, basal metabolic rate, body water and body fat percentage. When you are ready to cap off the day, the smartwatch offers a complete picture of your sleep patterns, from detecting the sounds of your snores to calculating your blood oxygen levels.

Whether it is bringing powerful performance directly into your palm or to your wrist, Samsung’s offerings have come a long way from tech evolutions that capitalise on just novelty factors. The Z Fold3 and Flip3 have proved that bendable phones are more than just exciting gimmicks that are thrust into consumers’ hands. In fact, if the new innovations are any indication, foldable phones have established themselves as a lasting trend, rather than just a passing fad.

Pre-orders for the Galaxy Z Fold3 and Galaxy Z Flip3 will start from Aug 19, to last until Sep 21, 2021. The Z Fold3 comes with an RM850 eVoucher, while the Z Flip3 comes with a RM600 eVoucher, which you can spend at Samsung Malaysia's online store. Both models come with the Samsung Care+ protection package that is valid for one year, worth RM699 for the Z Flip3 and RM799 for the Z Fold3.

Here is the pricing for the Z Fold3 and Z Flip3: