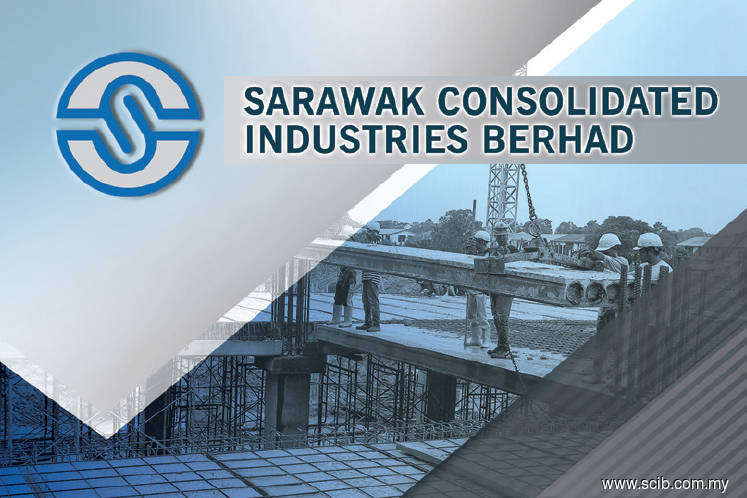 KUALA LUMPUR (June 18): Shares in Sarawak Consolidated Industries Bhd (SCIB) were up by as much as 13.86% today, after the group announced a 170% rise in its first quarter ended March 31, 2020 (1QFY20) net profit and a dividend policy of at least 30% of profit per financial year.

In terms of volume, the counter saw some 3.06 million shares traded, higher than its 200-day average trading volume of 456,836 shares.

SCIB reached an intra-morning high of RM2.30 a mere two minutes after the opening bell was sounded at the local bourse today, but slipped to a low of RM2.11 by mid-morning.

The higher revenue was pinned to construction contract revenue generated both locally and abroad.

SCIB's new dividend policy will exclude any unrealised income from adjustments due to accounting policies that are non-cash in nature.