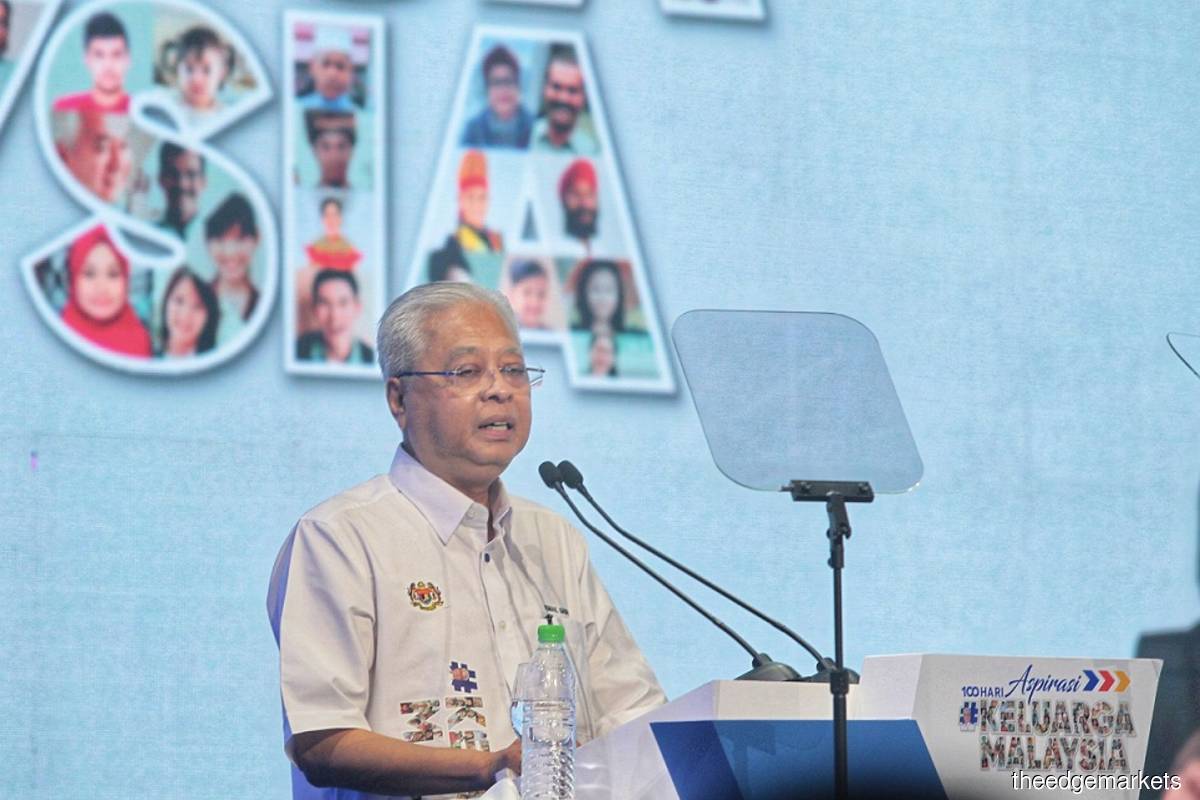 KUALA LUMPUR (May 22): Prime Minister Datuk Seri Ismail Sabri Yaakob hoped that the scope of cooperation among ASEAN countries could be planned more carefully so that Bahasa Melayu (Malay language) could be made the “lingua franca” again.

He said this included in the aspects of research, publication and nurturing of the Malay language.

“The Malay language has its own uniqueness and advantages, especially among the ASEAN countries, and can be made one of the official languages ​​of ASEAN,” he said when opening the International Symposium on Bahasa Melayu at Wisma Dewan Bahasa dan Pustaka here on Sunday (May 22).

Ismail Sabri said at the ASEAN level, the integration on the use of the  Rumi spelling system and terminology had been achieved through forums such as the Brunei-Indonesia-Malaysia Language Council (MABBIM) and the Southeast Asian Literary Council (MASTERA).

Therefore, he said the Malay language should be upheld in the country, including by amending the DBP Act 1959 to empower DBP to carry out enforcement against offences involving the use of the language.

Ismail Sabri said the role and responsibilities of DBP as the body responsible for coordinating the use of the Malay language and of the Malay language literature and publication also needed to be fine-tuned so that  implementation of provisions in Article 152 of the Federal Constitution, the National Language Act and other laws related to the national language could be more effective.

He also expressed the need for appropriate efforts be made to expand the teaching and use of the Malay language in higher education institutions in the country.

The prime minister said  Malaysia and its citizens should have their own identity and proved that upholding the Malay language had not hampered the country's progress as many countries had achieved the developed status by upholding their own language.

As such, he called on the Keluarga Malaysia (Malaysia Family), especially civil servants, to give their commitment to implement efforts to uphold the Malay language.

The prime minister emphasised the importance for all quarters to use the Malay language extensively as it is the official language of the federal and state governments.

The Malay language should be used by all government departments and agencies, government-linked companies (GLCs) and private companies, he said.

Citing the Malay proverb “Di mana bumi dipijak, di situ langit dijunjung” (or When in Rome, do as the Romans do), Ismail Sabri said only then the Malay language could be a tool to forge national unity.

He said efforts to internationalise the Malay language had become a government policy and one of the priority areas of the Malaysian Foreign Policy framework launched on Dec 7 last year, through the promotion of cultural diplomacy.

According to the prime minister, during the ASEAN-United States special summit in Washington recently, he also spoke in the Malay language, including at bilateral talks with other countries at the summit.

Letters he sent to world leaders were also in the Malay language, with translation in English, he said.

The Symposium on the Internalisation of the Malay language International Symposium, being held from Sunday until May 24, is a collaboration between the Prime Minister's Office and DBP, as well as the Institute of the Malay World and Civilisation (ATMA) and Universiti Kebangsaan Malaysia (UKM).