Shafee: 1MDB must be run by a bunch of idiots 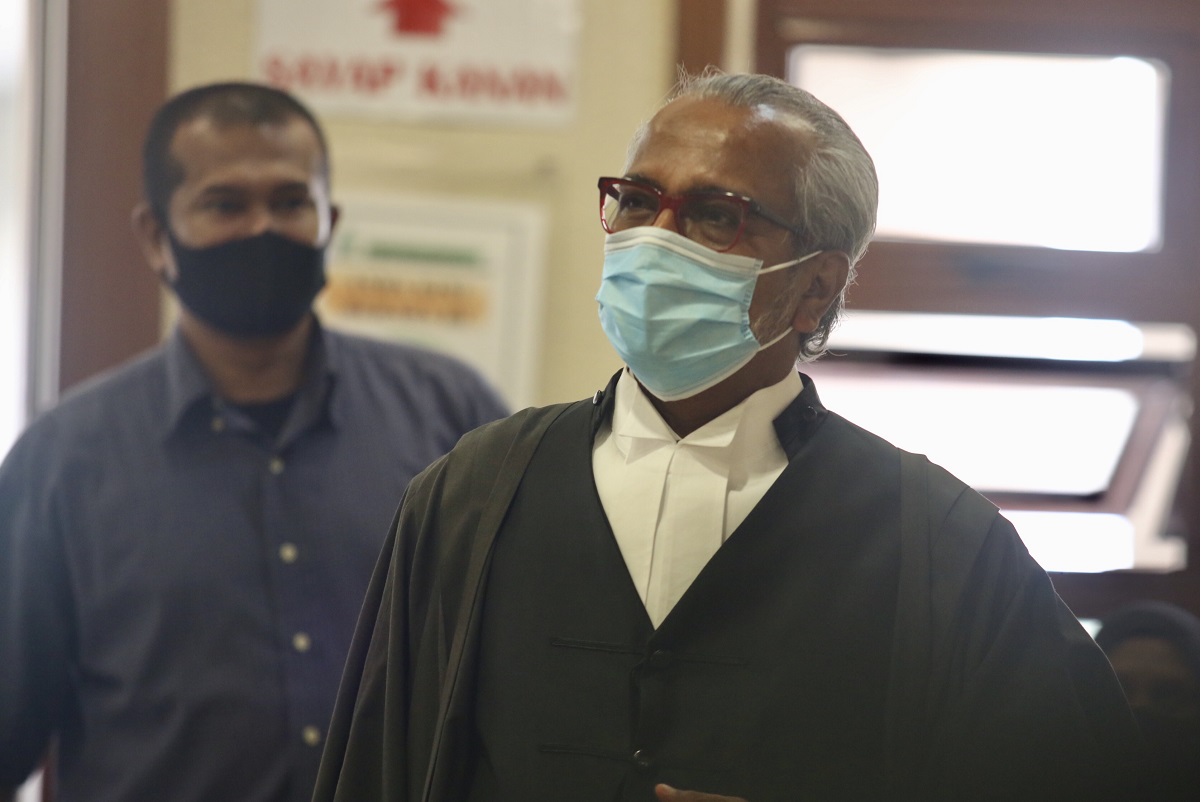 KUALA LUMPUR (Aug 4): Lawyer Tan Sri Muhammad Shafee Abdullah suggested today that the 1Malaysia Development Bhd (1MDB) management was “run by a bunch of idiots” in regard to the deals it had made with Aabar Investment PJS Ltd (Aabar BVI), the company which 1MDB paid US$576.94 million to as security deposit for a corporate guarantee.

As it turned out, Aabar BVI, which Shafee referred to in court today as “small Aabar”, was in fact a company incorporated by Low Taek Jho — better known as Jho Low — and his associates in British Virgin Islands.

Shafee, who was cross-examining former 1MDB CEO Datuk Shahrol Azral Ibrahim Halmi, said the management of 1MDB had time and again “fallen into cobra pits” when it came to deals of such nature.

Shahrol explained that he was confident with the Aabar deals as Abu Dhabi-based International Petroleum Investment Company (IPIC), a subsidiary of the real Aabar, had also been involved via IPIC’s then managing director Khadem Al-Qubaisi and then Aabar Investments PJS CEO Mohamed Badawy al-Husseiny.

“I was confident in the deal as Khadem and Badawy were also on board, I didn’t check on the company as I was confident that it was the real Aabar,” he said.

Shahrol then said Goldman Sach’s banker Tim Leissner, who was heading a team in 1MDB as its financial advisor, should have done due diligence on this deal.

“It is hard for me to say who was supposed to do due diligence for this deal, but to my knowledge, Leissner was in charge of this deal,” he said.

Shafee then turned his attention to a statement by IPIC which had disavowed the fake Aabar (Aabar BVI) after 1MDB had done the deal with them.

Shafee: Over and above that, didn’t you check?

Shahrol: We didn’t do any formal due diligence for these companies, but it was informal by my other staff.

Shafee: You were going into a US$6 billion deal and you didn’t think it was prudent to check?

Shahrol: We didn’t because we were confident.

Shafee: Even Goldman Sachs, as the financial adviser, didn’t check?

Shahrol: We expected that Goldman would have done due diligence, being a paid agent.

Shafee: If Leissner had done due diligence, this might not have happened.

Shahrol: I would put that if he had checked, we would not have done this deal.

Shafee had also asked Shahrol if he knew that the United States had charged Leissner and had labelled him as the mastermind behind these deals, to which Shahrol agreed.

Former Prime Minister Datuk Seri Najib Abdul Razak is facing four counts of abuse of power for using his position as prime minister, finance minister and 1MDB board of advisers chairman to receive gratification worth RM2.28 billion and 21 counts of money laundering involving over RM4.3 billion.