Shahrol agrees circulars were devised to deceive 1MDB board members 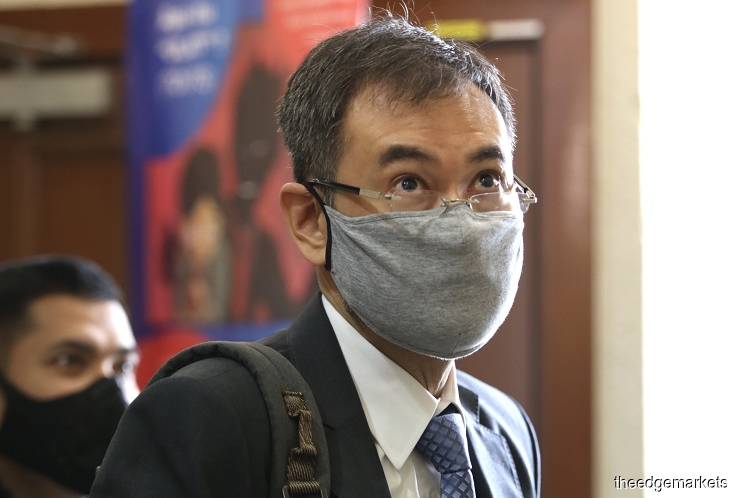 Shafee: “So it wasn’t Datuk Seri Najib. The whole board was hoodwinked, and you were a part of this. You knew this was happening.”
Shahrol: “[I] disagree.”

Lead defence counsel Tan Sri Muhammad Shafee Abdullah alluded during cross-examination today that the Directors Circular Resolution (DCR) pertaining to the conversion of 1MDB's 49% equity stake in PetroSaudi Oil Services Ltd (PSOSL), a subsidiary of PetroSaudi International Ltd (PSI), into fund units was worded in such a way to make it difficult for the board members to understand the processes involved.

On this, Shahrol agreed but denied that he was part of the discussion. Instead, he claimed that the discussion only involved fugitive businessman Low Taek Jho, former 1MDB legal officer Jasmine Loo Ai Swan, and officials from PSI.

Shafee: To put it bluntly, this (the DCR) was a mechanism to hoodwink the board.

Shafee: Now we know that the investment was not worth the paper on which it is written on.

Shafee: If the whole board can be hoodwinked, can I ask you whether the prime minister or finance minister would be in a position to be wiser than the board?

Shahrol: I cannot comment on that, because I don't know if the prime minister was privy to more information.

Shafee pointed out that Shahrol had previously mentioned there were time constraints during the conversion exercises, to which the witness acknowledged.

Shahrol said there was no time to call for a board meeting and that both Jasmine Loo and Jho Low were "rushing it", so he just went along.

Shafee: The reason why you were in a hurry was because you needed to conclude it before the financial year-end. You had to restructure because otherwise you had to justify the value of the murabaha notes. It was like a magic show. Who was behind this?

Shafee: So it wasn't Datuk Seri Najib. The whole board was hoodwinked, and you were a part of this. You knew this was happening.

In his testimony last October, Shahrol had said Low suggested that 1MDB International Holdings Ltd, a unit of 1MDB which held the stake in PSOSL, dispose of its stake to Bridge Partners International Investment Ltd in late July 2012.

Then in August 2012, the board of directors of 1MDB issued a resolution to approve the sale of 1MDB International Holdings' equity holdings for no less than US$2.22 billion to Bridge Partners International Investment.

The exercise was part of a move to repatriate US$1.83 billion that was locked up in the 1MDB-PSI JV, as Shahrol said 1MDB needed to direct some cash to domestic projects, including the Tun Razak Exchange and Bandar Malaysia developments.

Although PSOSL was purportedly making profits in its operations in Venezuela, Shahrol revealed that the board never saw the audited financial statements of the company prior to 1MDB’s acquisition of the 49% stake.

It is worth noting that the agreement for the 49% stake in PSOSL was rather odd as it provided for 1MDB to be entitled to full or 100% of PSOSL’s economic benefits.