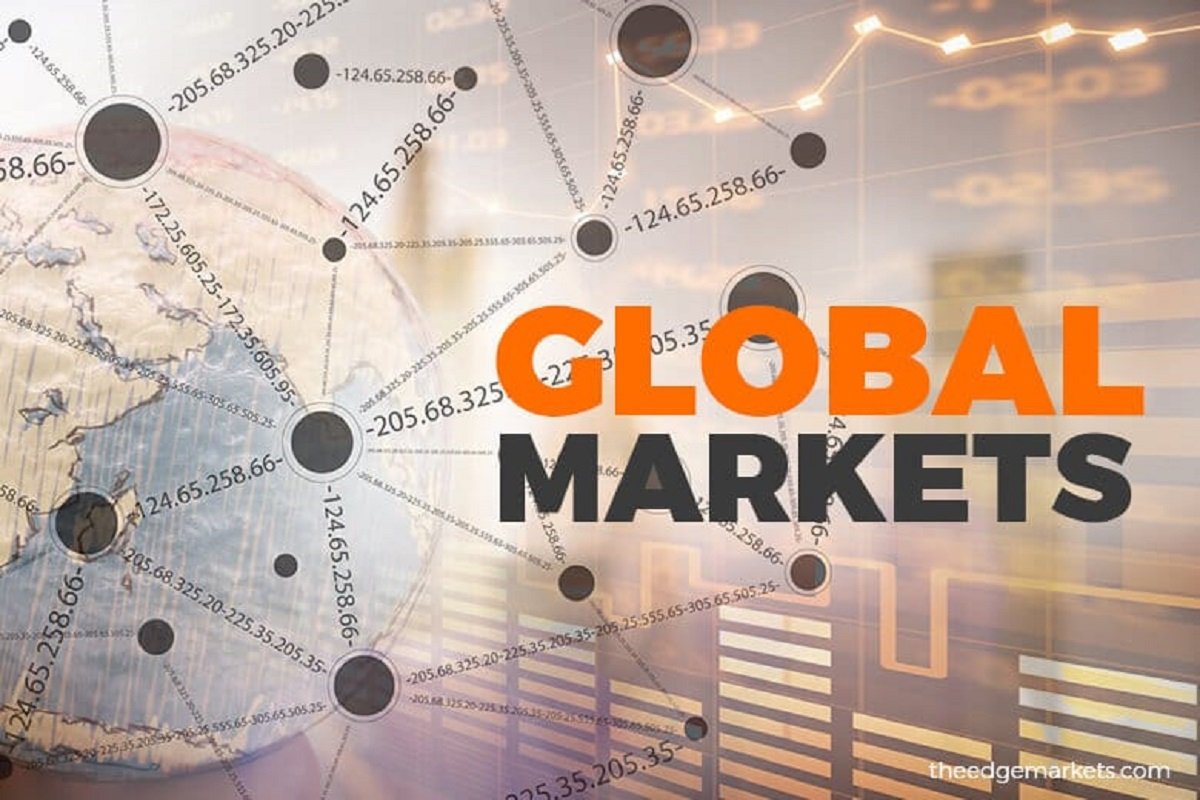 LONDON (May 19): Heavy falls in European and Asian stock markets followed Wall Street's worst day since mid-2020 on Thursday, as stark warnings from some of the world's biggest retailers underscored just how hard inflation is biting.

Bond markets rallied in the dive for safety and on bets that interest rate rises may get recalibrated, but it was the gloom striking down equities after Wednesday's US$25 billion wipeout in US retailer Target's shares that dominated the action.

Europe opened down 1.8%, led by a 2.2% fall in its retail sector, while scarlet red US futures and some sharp overnight drops in China tech firms put 1½-year lows back in focus for MSCI all-country world.

"We are going to see a raft of downgrades to US GDP (forecasts) now... it really looks like we are running into a faster slowdown than we expected."

The S&P 500 had lost 4% on Wednesday while the Nasdaq had fallen almost 5% as interest-rate sensitive megacap stocks Amazon, Nvidia and Tesla dropped close to 7% and while Apple tumbled 5.6%.

MSCI's broadest index of Asia-Pacific shares ex-Japan then snapped four days of gains as it slumped 1.8%, dragged down by a 1.65% loss for Australia's resource-heavy index, a 2.5% drop in Hong Kong. Tokyo's Nikkei shed 1.9% too.

Tech giants listed in Hong Kong were hit particularly hard, with the index falling nearly 4%. China's online behemoth Tencent sank more than 6% after it reported no revenue growth in the first quarter, its worst performance since going public in 2004.

The focus remained on what central banks will now do as they walk the tightrope of trying to regain control of inflation, which is now at 40-year highs in some countries, without causing painful recessions.

Two US central bankers said they expect the Federal Reserve to downshift to a more measured pace of policy tightening after July, but in Europe markets were suddenly pricing in as many as four ECB hikes. It hasn't raised interest rates for a decade.

However, while things haven't reached the point of no return, they are seemingly heading in the direction of "out of control. That is probably the most worrying part for the market," said Hebe Chen, market analyst at IG.

In the currency markets, the US dollar eased back 0.3% against a basket of major currencies, after a 0.55% jump overnight that ended a three-day losing streak.

The euro gained 0.4% on the ECB rate rise view, while the Aussie dollar gained 0.8% and New Zealand's kiwi dollar bounced 0.6%, helped by an easing of Shanghai's Covid lockdown in China.

US Treasuries rallied overnight and were bright at 2.84% in Europe where the risk-adverse mood also saw Germany's 10-year bond yield — which moves inverse to price — fall back below the closely watched 1% level.