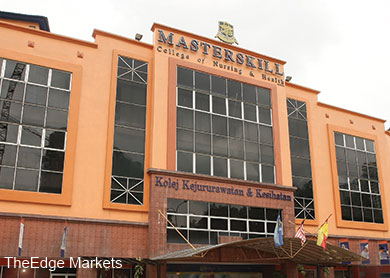 “SMRT will have a hand in Masterskill’s future. I have offered to sell all my shares in Masterskill to a subsidiary of SMRT. I know that SMRT will be conducting a due-diligence to purchase my stake in Masterskill,” Siva Kumar said.

“After purchasing my stake, I believe it is in SMRT’s plans to make a general offer to buy out the remaining shareholders,” he added.

The sale of Siva Kumar’s stake in Masterskill should come as no surprise to the market as this is not the first time he has sought to dispose of his stake.

When asked, Siva claimed he was unaware of who had bought the 30 million shares off-markets but hinted that it might be private equity fund Creador, which is managed by Brahmal Vasudevan. According to Siva, Creador already holds 61 million shares or a 17% stake in Masterskill.

Interestingly, Brahmal has also recently emerged as a substantial shareholder of SMRT and now holds a 6.18% stake in SMRT

Siva has said that he welcomed these new substantial shareholders into Masterskill, a move, he said, would “benefit shareholders”.

“I believe they are the right people to bring Masterskill to the next level. SMRT has the experience in running an education business and with Creador on board, Masterskill will have no issues with funding,” said Siva Kumar