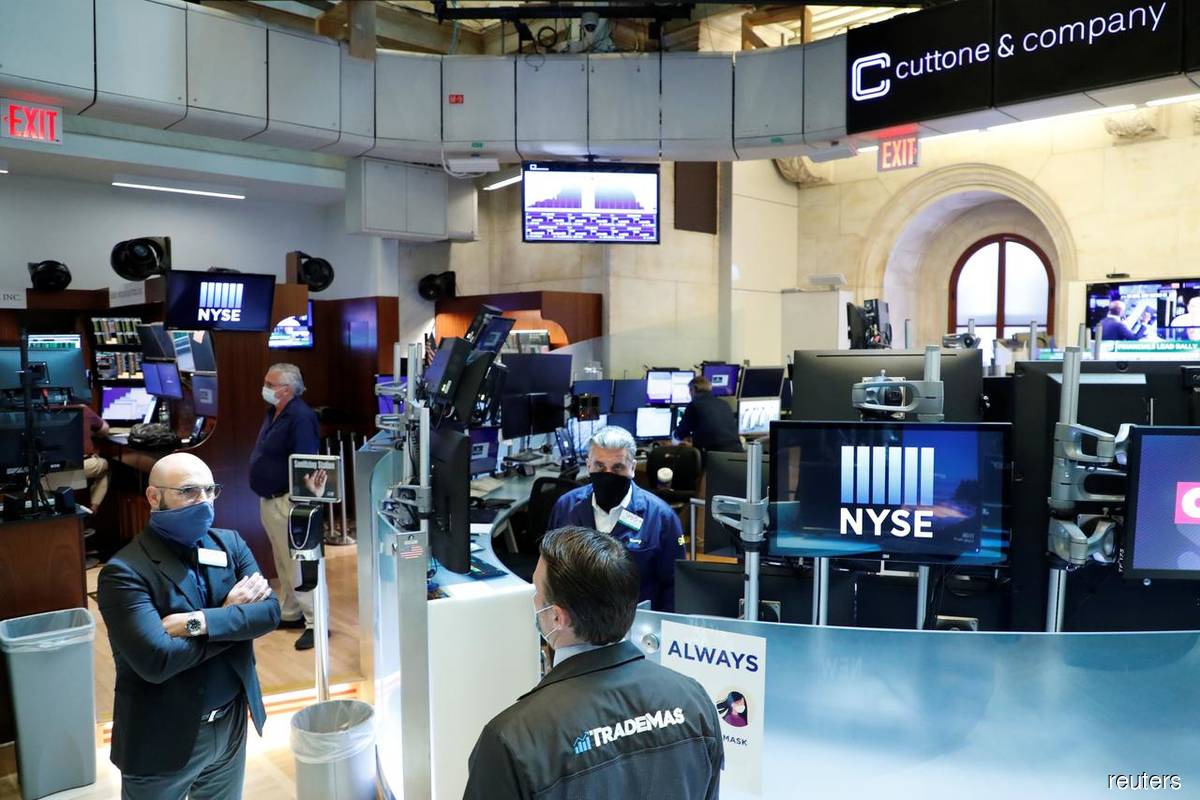 NEW YORK/BENGALURU (Nov 25): The S&P 500 and the Dow retreated from record highs on Wednesday, as a surprise rise in weekly jobless claims added to signs the recovery of the labour market was stalling, amid a surge in Covid-19 infections.

The Labor Department's report showed initial claims for state unemployment benefits last week increased to 778,000, from 748,000 in the prior week. Economists polled by Reuters had forecast 730,000 applications.

With the next fiscal stimulus package now expected only after President-elect Joe Biden is sworn in on Jan 20, momentum in the labour market is expected to remain slow.

"The question is who wins the battle — the vaccines or the rising cases in the short term," said Christopher Grisanti, chief equity strategist at MAI Capital Management in Ohio.

"For the last several weeks, the market has been looking through bad news, but then you get the statistic about the unemployment claim and the market focuses again on the short-term difficulties we are having."

Nine of the 11 S&P indexes were lower, with the energy and financial sectors leading declines, while technology mega-caps including Amazon.com Inc and Apple Inc were among the biggest gainers in early trading.

"What we are seeing is some shift within tech and that money is moving out of some of those high-fliers and work-from-home stocks, as the idea of the vaccine and the world coming back to normal settles in."

Trading volumes were expected to be thin, ahead of the Thanksgiving holiday on Thursday.

Major US banks JPMorgan Chase & Co and Goldman Sachs Group, among the most economically-sensitive, were down more than 1%.

Hopes of a Covid-19 vaccine, following promising trial data from three major drugmakers, as well as a smooth White House transition have lifted Wall Street's main indexes to record highs and set the benchmark S&P 500 on course for its best November ever.

Market participants said they expected US stocks to climb even higher, with a recent Reuters poll showing the S&P 500 is poised to rise 9% between now and the end of 2021. The index has surged about 66% since the coronavirus-led crash in March and is up about 12% so far this year.

Declining issues outnumbered advancers 1.59-to-1 on the NYSE and 1.31-to-1 ratio on the Nasdaq.