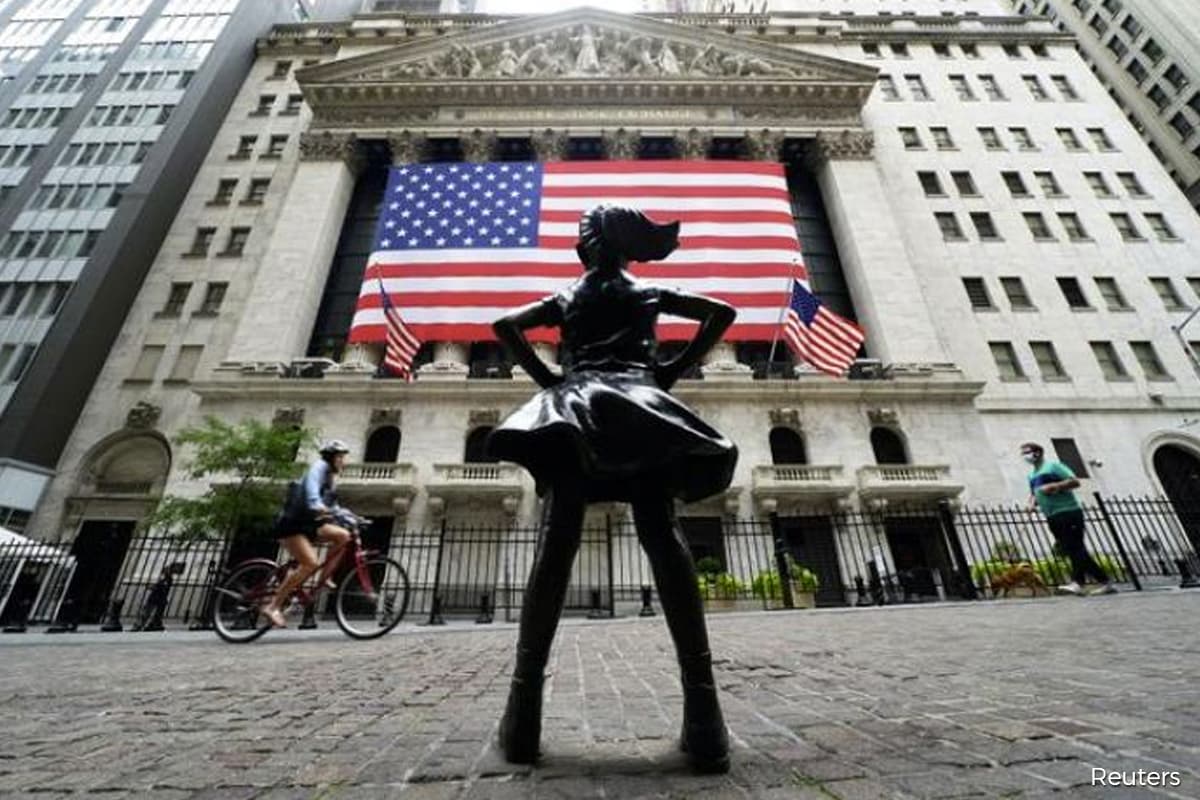 NEW YORK (Sept 16): US stocks rose on Tuesday, as investors hoped the Federal Reserve would stick with its supportive policy stance as the central bank's two-day meeting got under way.

But the market was off its session highs, as Apple Inc's shares erased most of their gains from early in the day.

The stock ended flat after briefly turning lower in the wake of its product event, which included the rollout of a new virtual fitness service and a bundle of all its subscriptions, Apple One.

Apple's stock, which was up as much as about 3% early in the session and rose 3% on Monday, often dips after running up prior to that event. The Nasdaq outperformed the other two major indexes, while the S&P 500 technology index gained 1%, extending its recovery from a brutal sell-off earlier this month that had halted a Wall Street rally.

Investors were optimistic as the Fed began its first policy meeting since Chair Jerome Powell announced a more accommodative stance on inflation.

"While the economy is slowing, the upcoming macro news should be friendly, which should indicate the Fed will have no change in terms of policy," said Peter Cardillo, chief market economist at Spartan Capital Securities in New York.

The S&P 500 financial index fell 1.4%, with Citigroup Inc dropping 6.9%, following a report federal regulators were preparing to reprimand the US lender for failing to improve its risk-management systems.

JPMorgan Chase & Co slipped 3.1% as it lowered its full-year net interest income forecast. Advancing issues outnumbered declining ones on the NYSE by a 1.38-to-1 ratio; on Nasdaq, a 1.19-to-1 ratio favoured advancers. The S&P 500 posted 21 new 52-week highs and no new lows; the Nasdaq Composite recorded 63 new highs and 19 new lows. Volume on US exchanges was 8.99 billion shares, compared with the 9.33 billion average for the full session over the last 20 trading days.