Special Report: Will digital banks be a game changer? 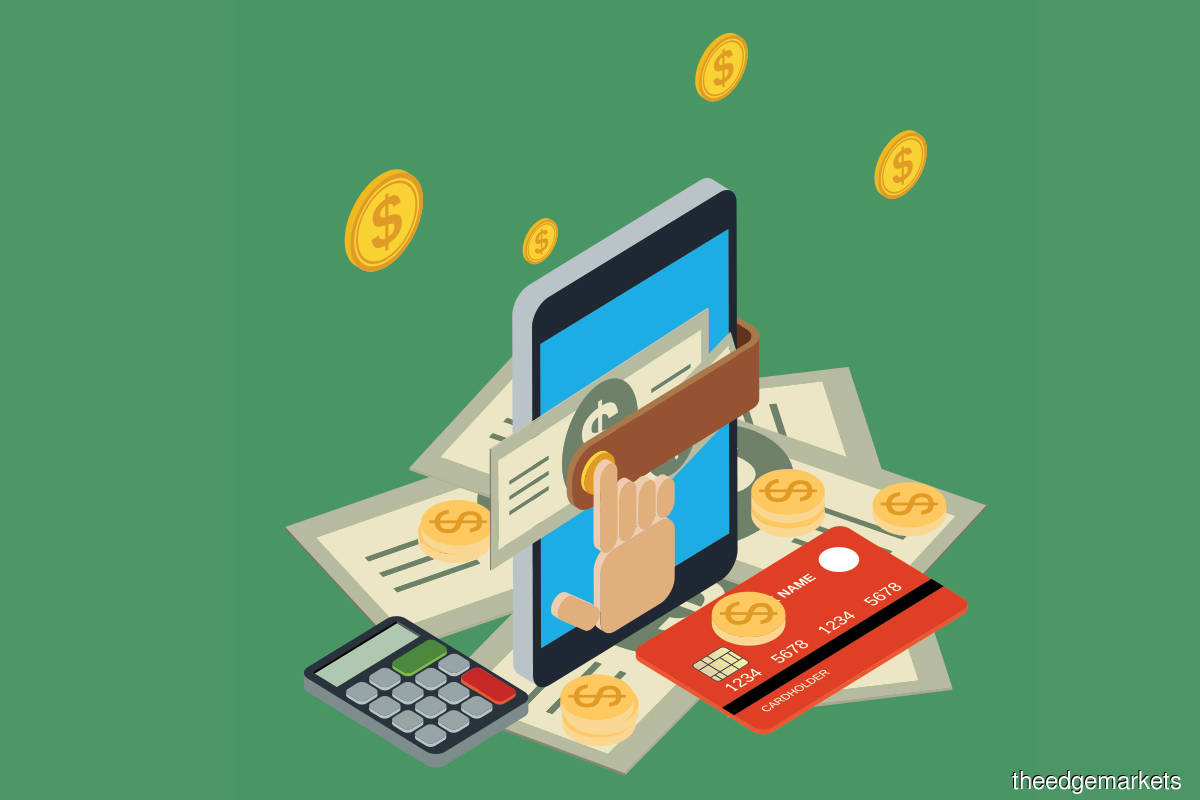 MALAYSIA’s five digital banks (DB) are only expected to make their debut in about one to two years, but there is a palpable sense of excitement around what they might bring to a market that already has a growing number of players providing digital financial services.

Will they really be a game changer?

Unlike incumbent banks, DBs operate on a branchless basis and are not able to set up their own automated teller machines.  They  are expected to offer products and services and interact with customers over their website and  mobile apps.

DBs are meant to focus solely on the underserved and unserved, which is generally taken to mean small-and-medium-sized enterprises (SMEs), micro-SMEs, individuals in the bottom 40% income group, and those in hard-to-reach areas.

But observers note that there are already many other digital players in the market. For one, the country’s eight domestic banking groups already have digital banking capabilities, with some more advanced than others.

For example, Malayan Banking Bhd (Maybank), considered the most advanced, recently launched the country’s first-ever digital home financing solution within its MAE app for borrowers that meet its criteria. The new service is being touted as one that can provide approval within 10 seconds of completing an application.

Separately, Bank Islam Malaysia Bhd and Al-Rajhi Banking & Investment Corp (M) Bhd are understood to be setting up a standalone digital bank each, on the back of their existing Islamic banking licence.

“Incumbent banks can pretty much do everything that DBs are allowed to do, if they want to. Some of the things you see banks doing today are actually in response to the fact that DBs are coming,” notes Kelvin Lee, a financial services assuarance partner at PwC Malaysia. There are also digital moneylenders such as the Touch ‘n Go Group, which started out as an e-wallet service provider but now offers products like personal loans to underserved segments of society. Recall that in November 2020, the Ministry of Housing and Local Government approved licences for eight new online money lenders — including GHL Payments Sdn Bhd and BigPay Later Sdn Bhd — that planned to focus on SMEs.

Apart from these, there is peer-to-peer (P2P) financing platform Fundaztic, in which property developer Paramount Corp Bhd has interest.

Against this backdrop, Bank Negara Malaysia, on April 29, awarded the hotly anticipated DB licences — three conventional and two Islamic — to five out of 29 applicants.

The conventional DB licences went to a consortium of Boost Holdings Sdn Bhd (a subsidiary of Axiata Group Bhd) and RHB Bank Bhd; a consortium led by GXS Bank Pte Ltd (made up of Grab Holdings Inc and Singapore Telecommunications Ltd) and Kuok Brothers Sdn Bhd; and a consortium led by Sea Ltd (owner of the Shopee e-commerce platform) and YTL Digital Capital Sdn Bhd.

Experts The Edge spoke to nevertheless see promising prospects for DBs in Malaysia, as they are expected to offer a differentiated and compelling proposition, especially to borrowers that are often overlooked by banks because of their limited credit history.

Unlike non-bank digital lenders, DBs have an advantage in that they are allowed to collect deposits, which gives them access to a relatively cheaper source of funds. Hence, one can expect DBs to come up with both deposit and lending products, says Justin Ong, Deloitte Malaysia’s innovation and regulatory risk leader.

“We expect them to offer simplified financing and deposit products and, yes, while there are already such products in the market, the difference is that we expect theirs to be a lot more enriching from a customer experience perspective. This is because they know you well based on data analytics obtained from their ecosystem [of partners]. Aeon, for example, probably knows more about your grocery and spending habits than you do and so will be able to come up with products specific to you.

“DBs are expected to win the hearts of customers via enriching customer experience, utilities and gamification features,” he tells The Edge in an interview. People should not underestimate the power of the DBs’ “ecosystem play”, he says. “Being in an ecosystem not only provides you with an existing large customer base to tap — right down to suppliers, vendors and employees — but also data and trends from which they can make credit decisions and tailor customer-centric products.”

Like banks, deposits collected by DBs are expected to be insured by Perbadanan Insurans Deposit Malaysia (PIDM) to give depositors a sense of comfort, says Ong.

“What we’ve seen in the region is that banks tend to consider a deposit product first as a launch strategy. They will make sure the rate is super attractive to capture customers and build up their funds, and from there, they go on to provide financing services,” says Ong.

DBs will essentially have to be prepared to make significant investments in customer acquisition in the initial years, he says. It could take many years before a DB turns a profit, which is why Bank Negara made sure each consortium had shareholders with deep pockets to withstand the long run.

Applicants had to submit to the central bank a financial projection and demonstrate if they could break even in five years. Is it possible to turn a profit in five years?

“I think whether it’s doable will largely depend on the conversion rate, meaning, how fast you can convert customers within your ecosystem to the DB. If you think about it, Axiata, AEON, Grab, Shopee ... service hundreds of thousands of SMEs and individuals today, and then there are the suppliers servicing them and the employees within the respective companies. That could give them a good momentum start at the beginning,” he says.

Bundling and cross-selling of products can be expected across all the consortiums, he says.

PwC’s Lee believes the Grab, Boost and SEA consortiums are likely to have a deeper focus on the SME segment.

“At the moment, I think these three will probably be more SME-focused given how they’ve got all these merchants on their platform, whereas Aeon and KAF may probably be more retail-focused,” he says.

Not a major threat to banks DBs have an advantage over banks, in that they are not bogged down by the heavy costs associated with having to maintain branches, hence, they can start off leaner, cleaner and be more efficient. This could translate into better rates for customers.

Be that as it may, analysts do not see DBs as a major threat to incumbent banks, especially in the first few years, as they look to build market share. The asset size of a DB is limited to a maximum of RM3 billion within the first three to five years. For perspective, the country’s smallest bank, Alliance Bank Malaysia Bhd, has an asset size of about RM60 billion.

“It is still early days as DBs are only likely to be launched in late 2023 and beyond, and a lot depends on the new banks’ expected segments of focus. While by definition, DB’s likely focus on the underserved and unserved markets should mean limited competition for the incumbents, we are cognisant that competition will intensify in select segments such as deposit pricing, fees and, later, loan pricing where there might be some overlap with conventional banks,” says Tushar Mohata, a banking analyst at Nomura Research.

He notes that Malaysia’s banking system loans and deposits growth has been at mid-single-digit rates for the past few years. Conventional banking system access is also widespread, with 96% and 40% of adults having access to a regulated deposit and loan account, respectively.

“That said, there are still segments in the underserved and unserved population, which the new DBs are likely to be able to develop based on the strength of their ecosystems (for example, gig workers and e-commerce merchants). All in, while the new banks are likely to be limited in terms of size due to limits placed during the foundational phase, we believe there will be positive changes to the local banking industry — as, armed with innovative digital fintech offerings, we believe the new DBs will spur incumbents to also play catch-up on the product offering and innovation front,” he adds.

Maybank’s former group president and CEO Datuk Abdul Farid Alias told The Edge in an interview in March, prior to leaving the bank, that DBs are a threat, but that as with every threat, they bring opportunities.

“We see this as an opportunity, really. The absence of competition makes things boring. But this actually is making things very interesting and it pushes Maybank to do things beyond what we were doing before, and it’s clearly seen in what we have done,” he said.

The five consortiums will undergo a period of operational readiness that will be validated by Bank Negara through an audit, which may take 12 to 24 months, before they can start operations.

In the meantime, the consortiums will be looking to hire key people for their DBs — at both board and C-suite levels. Each DB is likely to hire around 200 to 300 people, depending on the size of their set-up, says Deloitte’s Ong.

“We don’t have a lot of talent [in the industry] to begin with, so the next two to three months is going to be interesting. It’ll be a war for talents. Yes, there will likely be staff pinching,” he predicts.

Apart from that, some of the consortiums will also be looking to firm up their shareholder arrangements and confirm their technology partners. “Vendor selection is going to be hot in the coming months,” he says.

Bank Negara governor Tan Sri Nor Shamsiah Mohd Yunus told Bernama in an interview last week that there are no plans to issue more DB licences for now. In deciding to award the five licences, she said the central bank considered many factors such as the size of the banking system relative to the economy.