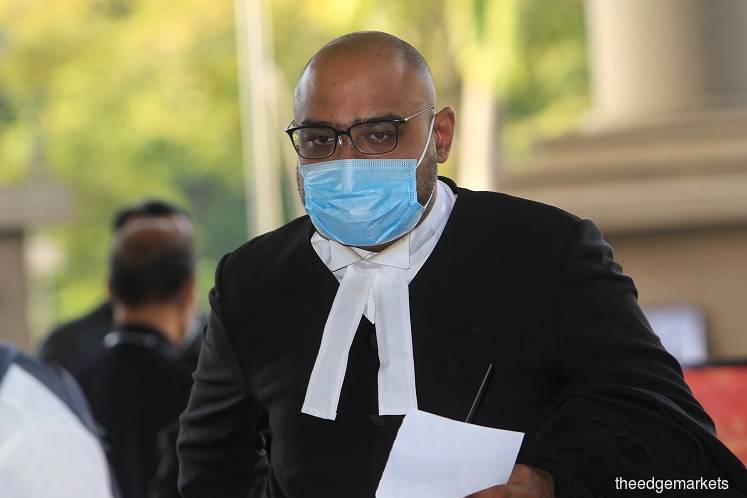 In his submission today, lawyer Harvinderjit Singh claimed the prosecution had been pivoting its case since the start of the trial, and that its latest pivot was that fugitive businessman Low Taek Jho (Jho Low), Najib's former private secretary Datuk Azlin Alias and former SRC managing director and CEO Nik Faisal Ariff Kamil, were tasked with putting money into the former premier's account.

The prosecution had shifted their entire case around this fact, the lawyer said, adding this is a departure from the three CBT charges levelled against Najib.

"What has happened is that the prosecution has tailored their case, based on the accused's explanation," said Harvinderjit, referring to the cross-examination of the former premier during the defence stage of the proceedings.

While the prosecution had put forward the idea that Jho Low was involved and was in contact with the accused, the lawyer said this was in fact the defence's case.

He submitted that it could be inferred that the transactions amounting to RM42 million were part of other transactions involving a total of RM293 million of funds in SRC's account that were carried out at the behest of Jho Low, for his own benefit.

He further said the prosecution did not ask AmBank former relationship manager Joanna Yu Ging Ping whether Jho Low was working with the former premier to put cash in Najib's account.

"But then the prosecution puts the accused on the stand and asks him if he empowered Jho Low to do all of this," said Harvinderjit.

He further said the evidence does not establish the existence of any particular act of Najib which led to or caused the RM42 million transactions, and therefore does not prove any misappropriation by the former premier.

"This is not a case of RM42 million in the accused's account. It's a case of Jho Low taking RM170 million and working with Joanna Yu and Terence Geh.

"Jho Low moved the money out of SRC without being in the company. You cannot say that the accused committed the crime with other people," the lawyer said.

Najib is facing seven charges in the SRC trial — comprising an abuse of power charge, three CBT charges and three money laundering charges — relating to the RM42 million of the company's money ending up in his AmBank accounts, which were subsequently spent by the former premier.