The State of the Nation: Foreign labour freeze a blow for dependent industries 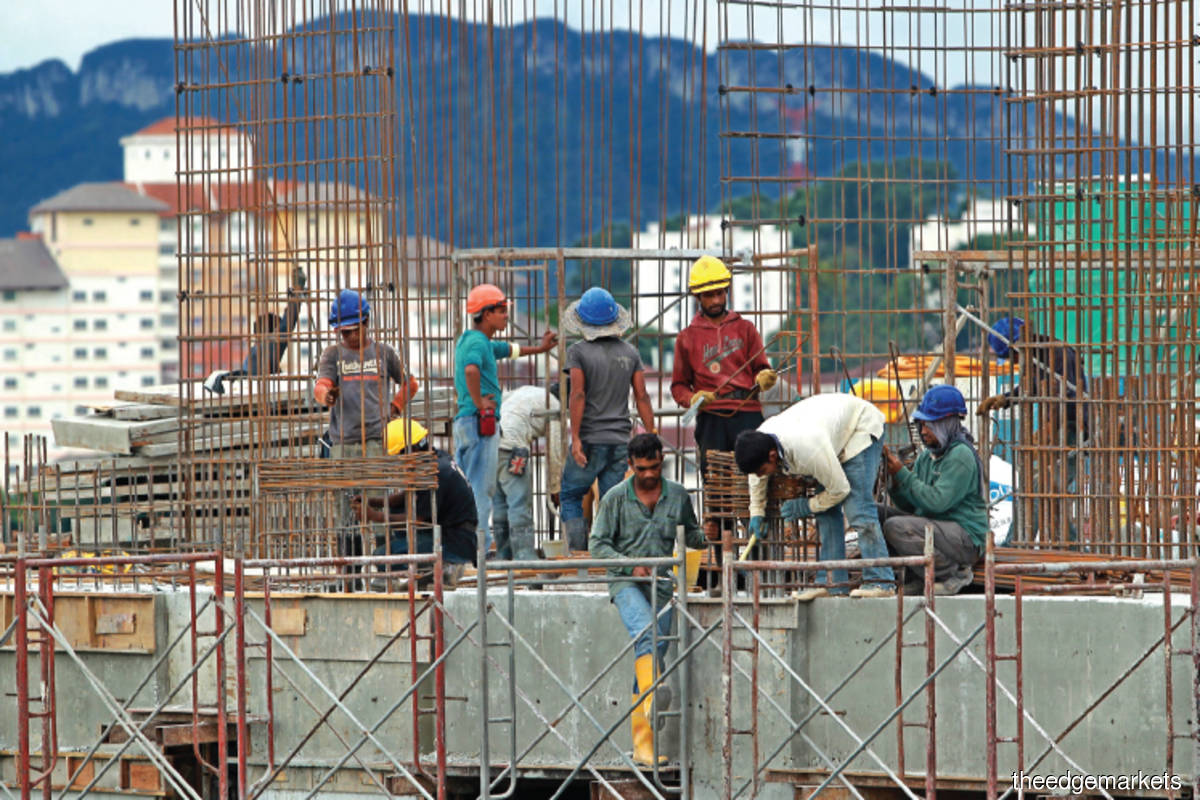 The blanket ban might offer a temporary fix, but many believe it is impossible to fully substitute the gap that foreign workers fill. (Photo by Shahrin Yahya/The Edge)

ABOUT a month ago, Human Resources Minister M Saravanan announced a freeze in the new intake of foreign labour, which would be in effect until year-end. The reasoning behind this was to reduce the number of foreign workers as well as prioritise locals for jobs.

The minister was also quoted advising job seekers not to wait for a “suitable job” because the right job might not exist in the immediate future.

In Malaysia, there are about two million legal foreign workers. The manufacturing sector employs the highest number of foreign workers, followed by construction and plantations.

How have these industries with concentrated numbers of foreign workers coped in the wake of the foreign labour hiring freeze?

Notably, labour shortage is not a new issue for industries. Even before the pandemic, sectors such as construction and plantation were already experiencing a shortage of labour, but the freeze is likely to exacerbate the situation.

The plantation sector has been vocal about the issue. The Malaysian Palm Oil Association (MPOA) CEO Datuk Nageeb Wahab has reportedly said Malaysia is losing up to 25% of its potential palm oil yield, owing to the labour shortage, and the condition is expected to worsen in the months ahead.

Asked how much the palm oil industry stands to lose in monetary terms from the shortage, Nageeb tells The Edge in an email reply that it could mean a loss in annual revenue of about RM7.5 billion, based on an average figure of 15%, equivalent to three million tons of crude palm oil, at an average price of RM2,500 a tonne.

He adds, however, that it would be subjective to quantify the losses.

For now, Nageeb says, the plantation sector is coping with worker shortage by redeploying general workers meant for other maintenance jobs to assist with loose fruit collection.

“That is not sufficient, however, and most of [the plantation companies] have to live with … high losses,” he adds.

When the hiring freeze is lifted and workers are hired and trained, it would take the sector about six months to return to its normal routine, Nageeb says.

The Master Builders Association Malaysia (MBAM) president Foo Chek Lee says the construction industry work momentum is still picking up, with most construction sites adapting to the mandated standard operating procedures while trying to catch up with all the delayed work.

“Although more than 85% of the sites are in operation, they have yet to operate fully, with worker shortage — especially among the subcontractors — being one of the factors,” he explains.

Foo highlights that rehiring in the construction sector could take longer than before because of travelling restrictions and new regulatory measures introduced to reduce reliance on unskilled foreign workers.

The Federation of Malaysian Manufacturers (FMM) president Tan Sri Soh Thian Lai was also reported to have urged the government to make the freeze in recruitment an option. He said the freeze would affect manufacturers that were currently expanding their operations to meet higher demand.

The blanket ban might offer a temporary fix to the country’s high unemployment numbers, but many believe it is impossible to fully substitute the gap that foreign workers fill.

“It is a quick fix and also a popular move at a time of strong negative sentiment towards migrants. The government wants to solve the unemployment problem by redistributing available jobs to citizens. But local workers are unlikely to be ready [for it],” says Dr Niaz Asadullah, a professor at the Faculty of Economics and Administration at Universiti Malaya. He is also the Southeast Asia lead of the Global Labour Organisation and a fellow of the IZA Institute of Labour Economics.

As has been oft-highlighted, Niaz says sectors with a large presence of foreign workers remain stigmatised, as work conditions are often perceived as dirty and dangerous and the pay is low. “These jobs lack work-life balance to attract workers with young children, and [the] handful of Malaysians who respond to the vacancies may not be fit for the job. Some employment may be created for the locals in the short term, but it could come at the expense of output and productivity,” he adds.

While these jobs are often seen as lowly paid and thus unable to attract locals to the sector, the sector does pay higher than the minimum wage.

Foo says a general worker in the construction sector can earn an average of RM3,000 a month, which is far higher than the minimum wage.

“A number of operations are productivity based, and they can earn between RM1,200 and RM3,000 a month, depending on how hard they work. The cost of facilities and amenities such as housing, water, electricity and recreational facilities is incurred by the employer, costing RM500 to RM750 a worker each month,” he says.

With the hiring freeze causing a shortage of workers, especially in these sectors that are dependent on low-skilled labour, it is expected that production activities and output will slow in the months ahead. It could be an impediment to a quicker economic recovery as well.

Niaz highlights that a blanket ban on migrant workers will create a new source of uncertainty for many small and medium enterprises that are already struggling to cope with the negative demand shocks, following the pandemic.

“It can also be considered a silver lining of the pandemic in accelerating businesses’ shift towards digitalisation, higher labour productivity through process improvements and use of local employees,” he says.

“While a foreign labour shortage will constrain the country’s economic recovery, it nevertheless provides policymakers and industry leaders with the opportunity to restructure the economy to higher-value activities and better-paying jobs. The requisite industry restructuring and wage reforms will be appropriate in the light of the recent upward revision of the country’s poverty line.”

The Malaysian Trades Union Congress has called for locals to be paid a living wage of RM2,700 in cities as a means to get Malaysians to take up jobs normally occupied by foreign workers.

In advanced economies, Yeah says, blue-collar workers have decent wage levels, with many occupations offering as much as white-collar jobs. He says, however, that the country needs to be mindful of the potential repercussions on the financial sustainability of businesses across a large number of low-value, low-wage sectors.

“For the affected employers and businesses to raise wages to living wage levels, there is a need to increase industry and firm-level efficiency, competitiveness and profitability, on the one hand, and upgrade workers’ skills and productivity, on the other, while improving the bargaining power of workers through demand-side policies and constructive labour union activities,” he says.

Yeah agrees that no single solution can address all the labour problems faced by the various industries, but believes that if employers’ demand for cheap foreign labour continues to be accommodated, it will make it difficult to achieve the living wage target.

“What is needed is a sustained policy focus on economic restructuring and upgrading that raises firm productivity, competitiveness and profitability, thereby increasing their ability to pay higher wages for lower-skilled and 3D (dangerous, dirty and difficult) jobs,” he adds.

For now, a concern is that the move to freeze the hiring of foreign workers could backfire by attracting more illegal workers, as local workers are unable to fully substitute foreign labour.

“Even with a hiring freeze in place, there’ll be hidden demand, at least in the short run. A ban on legal entry may encourage vested groups and syndicates to bring in undocumented workers as tourists or through unofficial channels. It’s a particular risk in East Malaysia, where the border remains porous and administrative capacity is limited,” says Niaz.