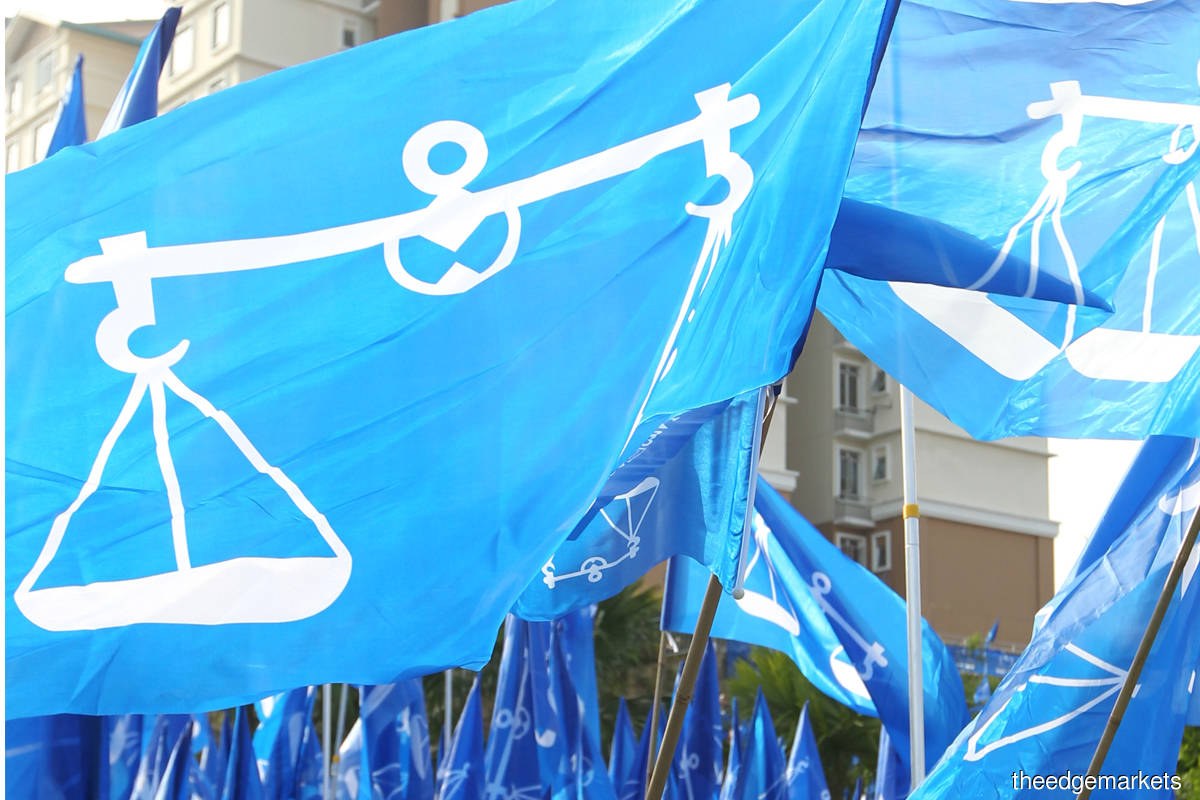 THE execution, specification, funding and sustainability of Barisan Nasional’s (BN) proposed RM2,208 Assistive Basic Income (ABI) per household are the most pressing facets of the proposal — experts stress — should it come into play after the 15th general election (GE15).

Note that universal basic income (UBI) is different from the ABI. The former operates on a universal basis in which every household — rich or poor — receives it, while the proposed ABI is intended to be a top-up to existing income to ensure that all households have at least RM2,208 per month, which is the current threshold for poverty in Malaysia.

“In this manner, the ABI is closer in design to guaranteed minimum income than UBI,” Research For Social Advancement Bhd (Refsa) researcher Jaideep Singh tells The Edge.

“With correct implementation, it gives poor households breathing room to supplement their existing income to pay for daily expenditure. [And without conditions tied to it], it is more efficient because it gives the household the freedom to spend on what it deems necessary,” he says.

While the arguments in the ABI’s favour highlight its primary purpose in ensuring a “decent” income, Sunway University Business School professor of economics Dr Yeah Kim Leng sees its sustainability as dependent on the continuing availability of fiscal resources as well as complementary reforms that raise wage levels, so the pool of recipients does not increase, which may contribute to a dependency problem.

“First, how is the pool of beneficiaries identified? Second, can we afford it? Third, what are the administrative cost, resources and data systems needed to implement the ABI and monitor its effectiveness? Fourth, what is the impact on existing social protection programmes, including the various subsidy and cash transfer schemes,” says Yeah of questions which need answering.

For perspective, this is not the first time the notion of introducing a form of UBI in Malaysia has arisen.

Tun Daim Zainuddin, who led Tun Dr Mahathir Mohamad’s handful of inner-circle advisers known as the Council of Eminent Persons when Pakatan Harapan came into power after GE14 in May 2018, had then considered an overhaul of Malaysia’s social safety net by setting up a fund that paid out a basic income to the poor.

Seeing as the government in 2017 had spent about RM37 billion on subsidies, aid and cash handouts known as the 1Malaysia People’s Aid (BR1M), Daim reportedly said the money could instead be invested in assets where returns were distributed as monthly basic income instead of one-time payouts.

To be clear, the monthly RM2,208 ABI and BR1M cash handout scheme differ in terms of their eligibility and mechanism.

The ABI is a monthly income top-up for all households to at least RM2,208, whereas BR1M, which was introduced in 2012 by former prime minister Datuk Seri Najib Razak, entailed a one-off cash payment of RM500 to households with monthly income of less than RM3,000. It was raised to RM1,000 per household in 2016, and RM1,200 in 2017. Malaysians residing in the country who applied and qualified the first time were automatically paid the cash aid in subsequent years.

In its first run, RM2.6 billion was given to around 4.2 million households, or about 80% of Malaysian households. By 2017, the government had spent RM26.2 billion on BR1M.

Impact on workforce arguable, but certainly costly to implement

Although concerns about the ABI not inducing work in a nation already saddled with an acute labour shortage and the consequent ballooning of cost to labour have arisen, Jaideep dispels the idea of people shirking work on the basis that the incentive to work is “neither static nor generalisable”.

He points out that, first, qualifying individuals in formal employment are unlikely to quit their jobs because their employment guarantees them access to other benefits and safety nets, including mandatory Employees Provident Fund contributions.

This category has more to lose by giving up employment entirely simply because of the ABI, he says. Secondly, the ABI could boost long-term employability because the top-up provides them with the bare minimum to avoid starvation or malnutrition, meaning it frees up time and energy for them to focus on training or education for future work.

“The disincentive to work, if at all, is likely to be strongest for those with a high opportunity cost of labour such as low-income women with young children who are unable to afford childcare.

“The argument of the ABI resulting in workers leaving their jobs en masse is a slippery slope fallacy in view of the many other factors at play that affect an individual’s decision to work,” Jaideep stresses.

Using the Department of Statistics Malaysia’s 2020 household income data and making assumptions on the number of households with a lower monthly income than RM2,208, Yeah estimates the ABI’s cost to the government to range from RM7 billion to RM10 billion annually, not including increases in inflation and cost of living.

In any case, the top-up mechanism of the ABI — which necessitates the recipient to work first to receive it — will be costly to implement, especially with a large number of recipients, he points out.

“Given that the government’s current revenue collection barely covers operating expenditure amid rising debt service charges, pension liabilities and other fixed expenses, the [ABI] will be challenging to implement without cutting budget allocations to other sectors,” says Yeah.

Jaideep believes, however, that the ABI can “effectively replace and streamline some of the disparate assistance packages and cash transfers that currently exist”.

As to whether the ABI’s positives outweigh its negatives, a key yardstick would be the actual improvement in the recipients’ well-being and living standard compared to government measures to raise income, Yeah says.

“Over time, the total number of [ABI] dependents should show a declining trend. If the trend is rising, the [ABI] will likely become too costly and unsustainable. It could lead to a dependency syndrome that may trigger a fiscal crisis. Hence, complementary reforms and incentives for recipients to transition out of the scheme will need to be built into its design,” he explains.

A grant worth considering but needing clarification, structure

Jaideep, who sees many positives the ABI has to offer, believes the most valid criticism of the ABI is its lack of targeted specification.

“The top-up [brings] incomes up to RM2,208 in a one-size-fits-all way regardless of households’ location or size. Care must be taken to ensure it does not exclude anyone who qualifies. There is also a possibility that the targeting mechanism may pick up undeserving households with a nominally low income but a higher level of wealth through equities and assets. Admittedly, it may be very difficult to monitor the system well enough to address this loophole, but that is still not a strong enough reason not to implement it for the benefit of those who do deserve it.”

That said, the ABI, a short-term measure designed for the hardcore poor, “is far from a silver bullet and must be accompanied by a host of long-term structural initiatives”, he stresses.

“This proposal, and the entire social assistance regime, needs to be systematically and comprehensively evaluated — to critically examine overlaps and duplication, as well as how the various schemes may supplement and reinforce. Expectedly, the overall funding needs will also enlarge. Yes, Malaysia will inevitably need to expand government revenue,” Lee says.

He suggests that the relevant poverty line incomes be outlined based on household size.

What counts as household income — wages, rental income, family remittances or cash transfers from the government or charities — should be defined. How this scheme overlaps with, duplicates or complements the existing cash transfers under Bantuan Keluarga Malaysia and Prihatin Rakyat Economic Stimulus Package should also be clear.

“[Basing the ABI on household income] can get very complicated and onerous. How will the government streamline this? What about applicants who under-declare their income for a higher top-up of the monthly grant?” he questions.

As for other more feasible safety nets Malaysia could consider for the poor, Lee believes more consideration should be given to employment schemes with job creation programmes expanded and enhanced, and more thought going into an old age pension, while Refsa maintains its push for gig workers to be given access to comprehensive social protection.

Meanwhile, countries such as Finland, the US, Canada and Brazil have trialled variations of the UBI (see table). But the programmes have not translated into policy due to difficulties in collecting evidence, lack of legal and fiscal follow-ups and inadequate public understanding, explains Yeah.

“Finland, for instance, as a welfare state with high taxes (marginal tax rate of 47.75% to 54.75%) and low income inequality, can afford to experiment with various income and social protection mechanisms, including UBI, to uplift the relatively small number of poor people. Strong administrative capacity also ensures efficient spending that creates the enabling conditions for the majority of citizens to achieve high income livelihoods,” Yeah explains.

For a UBI to work in Malaysia, Yeah points out that the economy needs to be on a sustainable growth path with a broadening middle class that underpins the government’s tax revenue growth.

However, he notes that the country’s fiscal constraints, particularly high deficit and debt levels, have diminished the affordability factor.

“The government would need to streamline or consolidate all the subsidy, income support and social protection programmes in order to avoid duplication, lower cost and reap the full benefits of the UBI. In particular, the removal of subsidies will result in less market distortions of the subsidised goods and services,” says Yeah.

Read also:
The State of the Nation: Why we think BN’s Assistive Basic Income is fundamentally flawed