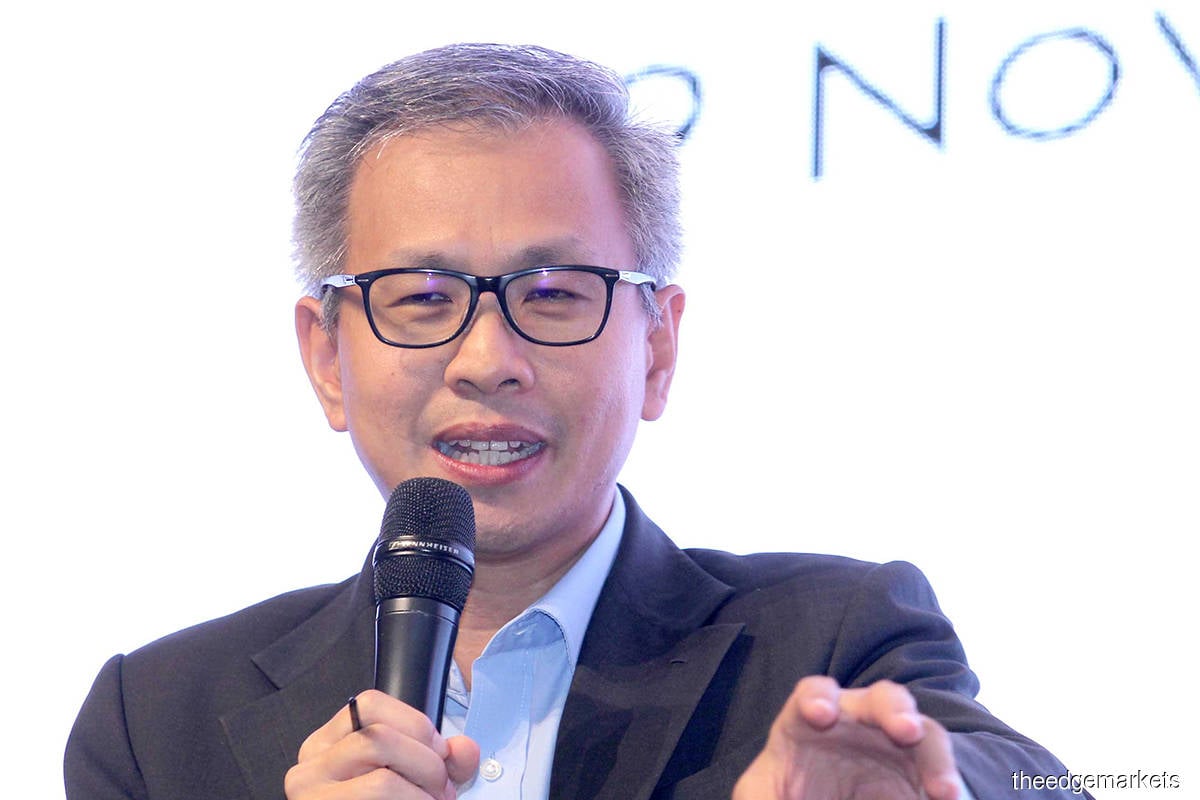 Clarification with regards to negative aspersions cast by former Pakatan Harapan Prime Minister, Tun Dr Mahathir Mohammad against me in his upcoming book (Part I)

In an article published by MalaysiaNow, it was reported that former Pakatan Harapan Prime Minister, Tun Dr Mahathir Mohamad made public his ‘grouses’ in his upcoming book with references clearly targeted against me, even though I was not specifically named.

I have no access to the actual book to read the full details of the references. However, the allegations published in the article have cast severely negative aspersions against me, which require me to respond immediately against the falsehoods published.

Mahathir singled me out as “a trusted adviser to former finance minister Lim Guan Eng” and accused me of “unauthorised involvement in government business”. He accused me being “in business negotiations involving the government despite not being empowered to do so, and had resorted to threats.”

Relating one incident involving the adviser, Mahathir alleged that I “threatened a property developer who had faced financial problems in a joint venture project with the government to develop a multi-billion ringgit complex in Kuala Lumpur.”

“Now, this particular DAP adviser did in fact make this threat despite the fact that billions had already been spent, and he did so without reference to or indeed getting any authorisation from the government.”

Let me state upfront that this is a completely false allegation.

It is also not the first time Mahathir has made the allegation. He had summoned Lim back in November 2018 to his office to reprimand him for my purported actions. The problem is, I could never have “threatened” the property developer because I have never personally met or spoken to the developer!

The developer is Mulia Property Development Sdn Bhd, part of the Indonesian Mulia International Group. The project involved is Exchange106 which is part of the controversial Tun Razak Exchange, a 1Malaysia Development Bhd (1MDB) legacy.

The project is estimated to cost approximately RM3 billion, of which RM1.8 billion was to be funded via a loan. Unfortunately, the developer was unable to secure the required funding from any financial institution. The obvious reason is that the ultimate owner of Mulia was a well-known wanted Indonesian fugitive – Djoko Tjandra, who is also known as Joe Chan or Pak Joe.

In 2016, to bailout the project, the former Finance and Prime Minister, Dato’ Seri Najib Razak agreed to provide the RM1.8 billion funding for the project via a Government Guarantee in exchange for a ‘temporary’ 51% Ministry of Finance (MoF) ownership of the project.

After Lim became the Finance Minister, he was briefed by both the then Deputy Treasurer-General Dato’ Asri Hamidon and TRX City Sdn Bhd officials on the project. We were informed of the issues relating to the project including the failure to comply with fire and safety guidelines, absence of certain regulatory approvals as well as most importantly, the discovery of improper related-party payments and transactions.

We were also briefed that the MoF has a specific clause in the shareholders’ agreement with Mulia that when Mulia repays the RM1.8 billion funding between 24 to 36 months, MoF’s 51% share of the project will be ‘returned’ to Mulia in exchange for a fee not exceeding RM200 million.

However, in the event Mulia fails to repay the RM1.8 billion loan within 36 months, then MoF will have the right to purchase the remaining 49% from Mulia for RM1. This Call Option clause protects MoF to a certain extent in the event of Mulia default.

A decision was then made by the Finance Minister to ensure that all regulatory compliance issues are resolved and irregularities rectified, before further drawdowns are disbursed for the project.

This was clearly the right thing to do to protect MoF’s 51% interest and the tax-payers’ monies in the project.

I was tasked by the Minister to monitor the progress and resolution of the above issues. However, all negotiations and discussions with Mulia was led by Dato’ Asri, who is the current Treasurer-General today, and TRX City officials. I was never present in their discussions.

Pak Joe was furious that a due diligence (as provided under the shareholder’s agreement) was being requested, especially after the royal treatment he has received from Najib. He secured a meeting with Mahathir, arranged by one of Mahathir’s ‘trusted advisors’ to protest against the actions by the MoF. Mahathir was furious when he was told by Pak Joe that Tony Pua had “threatened” to take over Mulia’s 49% stake for only RM1 after the latter had invested more than RM1.1 billion in the project already.

Perhaps I was a convenient target for anyone unhappy with MoF trying to clean up Najib’s mess, or perhaps Mahathir has his bias and prejudice against me; but the easiest way to rile up Mahathir is to hit his soft spot for some ‘big business bosses’ being ‘unfairly’ treated.

Lim defended my role in the above dispute and explained the issues involved several times to Mahathir in writing. There was even a private investigation report commissioned by TRX City on Mulia International in 2015 which confirmed Pak Joe’s criminal fugitive status in Indonesia.

In fact, Pak Joe is now sitting in jail in Indonesia for fraud and corruption after being arrested by Interpol police in Kuala Lumpur in 2020. Senior police and attorney-general officers in Indonesia were all found guilty of conspiring with and receiving bribes from him.

These documents were all presented to Mahathir. The Exchange106 case was also deliberated several times in the Cabinet between November 2018 to May 2019, and occasionally thereafter.

Ultimately, the Cabinet fully endorsed the position and actions to be taken by the MoF.

As an elected Member of Parliament for Damansara, I am proud of the little role I’ve played in the above case because I have helped to protect the interest of Malaysian tax-payers and ensured that the project is completed without the Government being short-changed. This is after Najib has abused his position as the Finance Minister to bailout the private project with RM1.8 billion guaranteed by the Government.

As far as I am aware, all substantive issues and disputes between TRX City and Mulia have been resolved and rectified. The only matter outstanding today is the RM1 call option for MoF to exercise to acquire Mulia’s 49% stake in the project after the expiry of 36 months.

I regret that Mahathir is extremely selective in his memory. It is unfortunate that he prefers to believe the words of an extremely crooked foreign tycoon, previously convicted of cheating hundreds of billions of rupiah from Bank Bali in 2009; and subsequently convicted again for forgery in 2020 and bribery in 2021.

Mahathir should have been proud that his government has successfully protected the interest of the rakyat in this multi-billion ringgit scandal and recorded that achievement in his memoirs. Instead he has chosen to be petty and wrote about how he was able to ‘put a stop’ to the lowly political secretary of the Minister of Finance.

This is Part I of my response to Mahathir’s writing quoted in the MalaysiaNow article. Part II will follow soon.